Object lessons: from Paris street scenes to an ancient Egyptian statue of Sekhmet

While Henri Cartier-Bresson and Brassaï are household names, their contemporary and fellow street photographer Willy Ronis (1910-2009) remains less well known. Seeking to redress the balance, his grandson has consigned 160 photographs from his collection to Artcurial for a single-artist sale. Born in Paris, the son of Jewish refugees, Ronis gave up an initial career as a violinist to take over his father’s photography studio in 1932 when he became ill. Ronis’s haunts were Provence and the war-ravaged capital, where he captured by turns the humorous, the poignant and the surreal in the everyday without forgetting—as in this classic view of lovers’ Paris—the romantic. 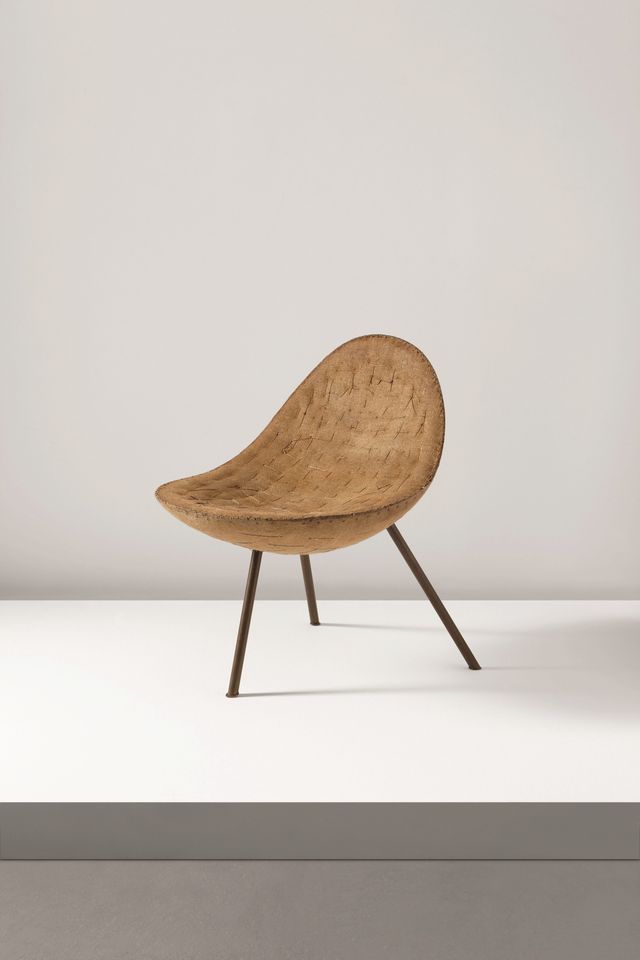 In the 1940s, William Burden, a former president of MoMA and the great-great-grandson of the railroad tycoon Cornelius Vanderbilt, commissioned the architect Wallace Harrison and the artist and designer Isamu Noguchi (1904-88) to design a summer home in Northeast Harbor, Maine. In 1999, the house burned to the ground, and only a few pieces of the furniture Noguchi made survive—including this chair in burlap-wrapped steel and copper, which originally accompanied a similarly sleek dining table. The house, since restored, is now listed on the National Register of Historic Places. 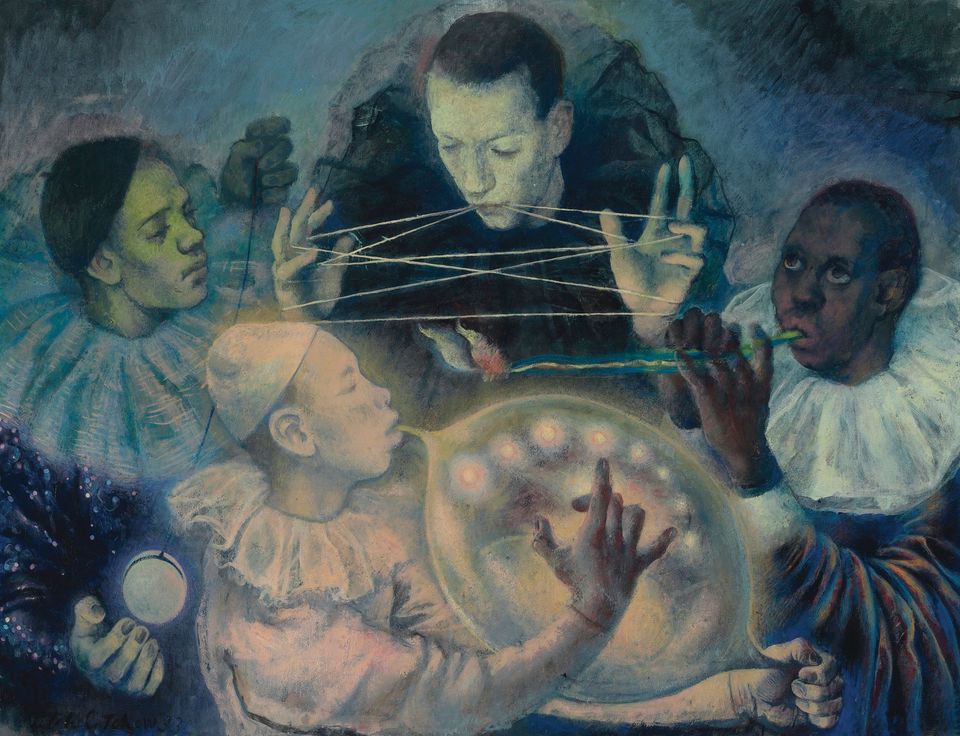 “Edward is as insanely relentless as myself,” Salvador Dalí said of his friend, the Surrealist poet and patron Edward James (1907-84). The Englishman had moved to Paris after university and became friends with Paul Éluard, André Breton and Dalí, with whom in 1938 he designed several pieces of Surrealist furniture, including the famous Mae West Lips Sofa and the Lobster Telephone. Both feature in Christie’s sale of selected works of art from the Edward James Foundation, along with this eerie painting by Pavel Tchelitchew, one of a large group of works in the sale by the Russian Neo-Romanticist, of whom James was a long-term supporter and collector. 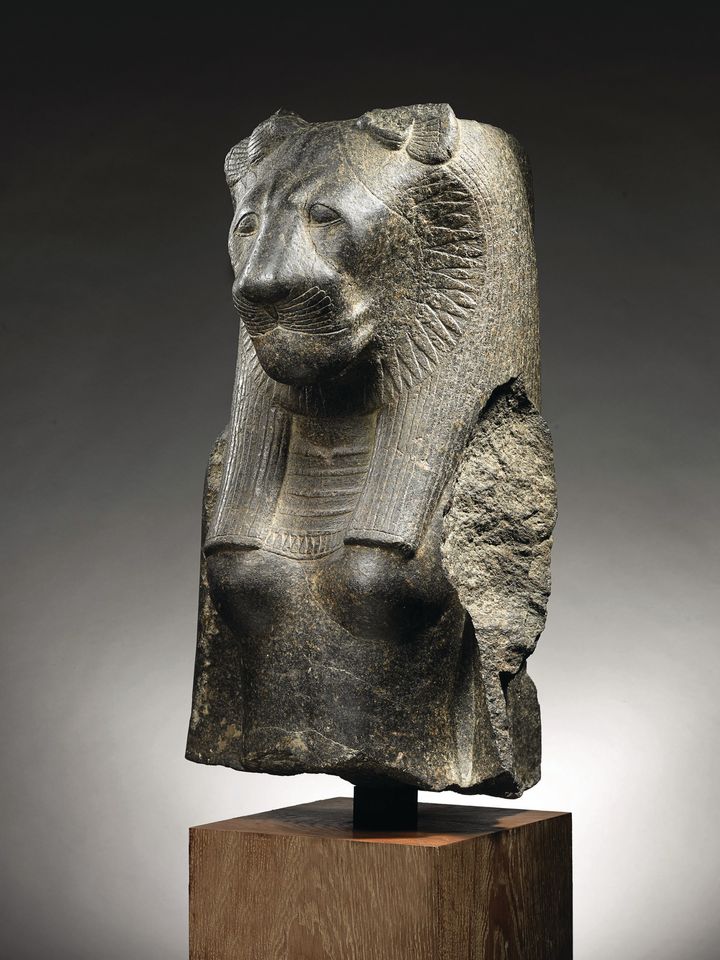 The Egyptian-French author Joyce Mansour and her second husband, Samir, purchased this regal depiction of Sekhmet from Galerie Jean Larcade, Paris, in 1974, and you can see the appeal for the Surrealist poet. The goddess’s strong, handsome face, framed by the ruff and softened by those stylised whiskers, sits above a body hugged by a long close-fitting dress. The consort of Ptah, chief god of Memphis in Lower Egypt, Sekhmet was the goddess of war and of healing, and the protector of the king. This granite bust, which originally sat atop an enthroned figure, was probably one of more than 600 depictions of Sekhmet within the temple, which was built to honour the goddess Mut at Thebes. 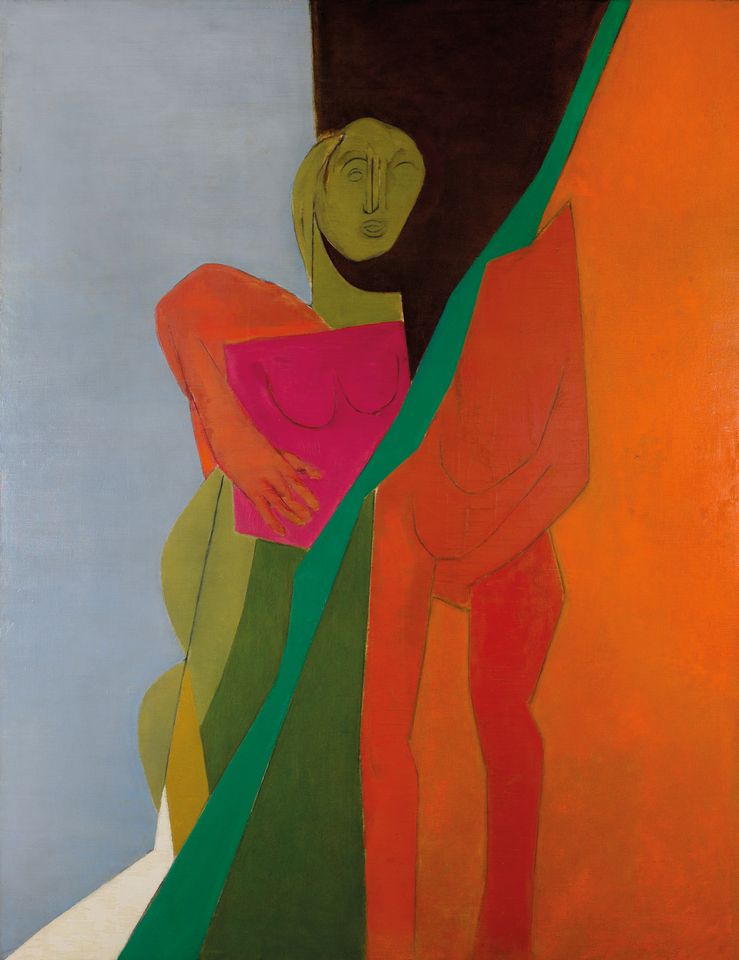 For 30 years, Abhishek and Radhika Poddar accumulated an eclectic mix of Modern and contemporary art, antiquities, folk art, textiles, craft, design and photography, a wide-ranging eye reflected in their Bangalore boutique, Cinnamon. Now, they are making room to change direction by selling 41 pieces of Modern Indian art from their collection. Among India’s Modernists, the best-known are the post-colonial Bombay Progressives, and Tyeb Mehta (1925-2009) in particular. This oil on canvas is from Mehta’s series of diagonals, the figure disembodied by the insistent line that dissects it, made during a period when he abandoned expressionism in favour of a more minimal style focused on pure colour.