Object lessons: our pick of highlights from upcoming design auctions in New York

The Babson House Windows (around 1907) by George Grant Elmslie Bonhams

The Babson House Windows (around 1907) by George Grant Elmslie

Elmslie designed these six windows to complement the suburban Riverside, Illinois, home of the American entrepreneur and Arabian horse breeder Henry Babson, which Elmslie’s colleague, the American architect Louis Sullivan, was commissioned to design in 1907. Sullivan had hired Elmslie on the recommendation of Frank Lloyd Wright, and over two decades the pair collaborated on several key projects, including the Wainwright Building in St. Louis. Dan Tolson, the auction house’s co-director of Modern decorative art and design, says, “Elmslie is one of those ‘holy grail’ early Modernist designers—his works are highly coveted, rarely come to market, and for this example to be in a complete set is exceptional”. The elegant and geometric works, made of clear and polychrome glass and lead, “are timelessly Modernist but certainly look to the future, transcending and even anticipating mid-20th-century designs”, adds Bonhams’s Jason Stein. In addition to windows, Elmslie devised custom furniture, rugs, lighting and other works for the interior of Babson’s Romanesque Revival home, regarded as one of Sullivan’s finest residential projects. 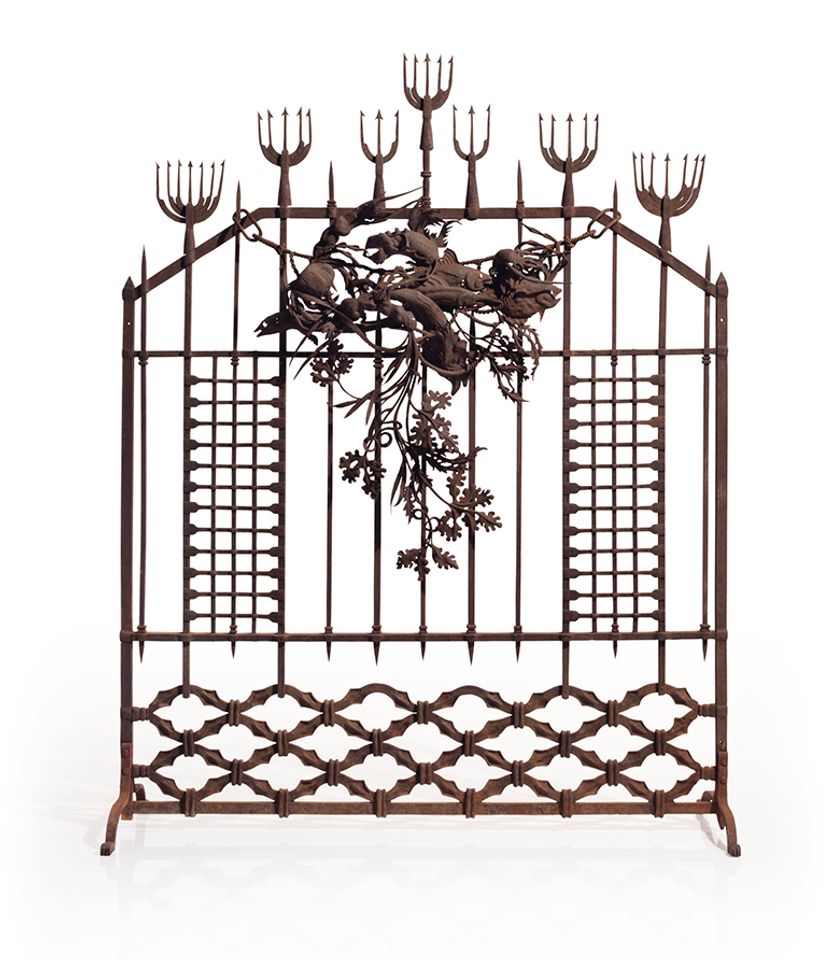 An important gate (1924) by Umberto Bellotto

This wrought-iron gate was designed by the late Italian artist for the 1924 Venice Biennale, the only time that it was shown in public. The Venetian designer inherited his family’s blacksmithing business as a teenager and, through self-guided experimentation, became known for eccentric works that combine contrasting elements, like traditional ironwork with organic forms and other materials. Bellotto was first widely recognised at the 1914 Venice Biennale, where he presented a series of eclectic works that paired iron with materials like ceramics, glass and leather. This piece, which employs motifs like fish and tridents, shows him taking inspiration from the traditional Venetian theme of the sea, extending even into his formal achievements in capturing the fluidity of water in hard iron. Shortly thereafter, he shifted his focus to glass. Works by Bellotto are held in major collections, including the Murano Glass Museum in Venice, and the Cooper Hewitt, Smithsonian collection in New York. 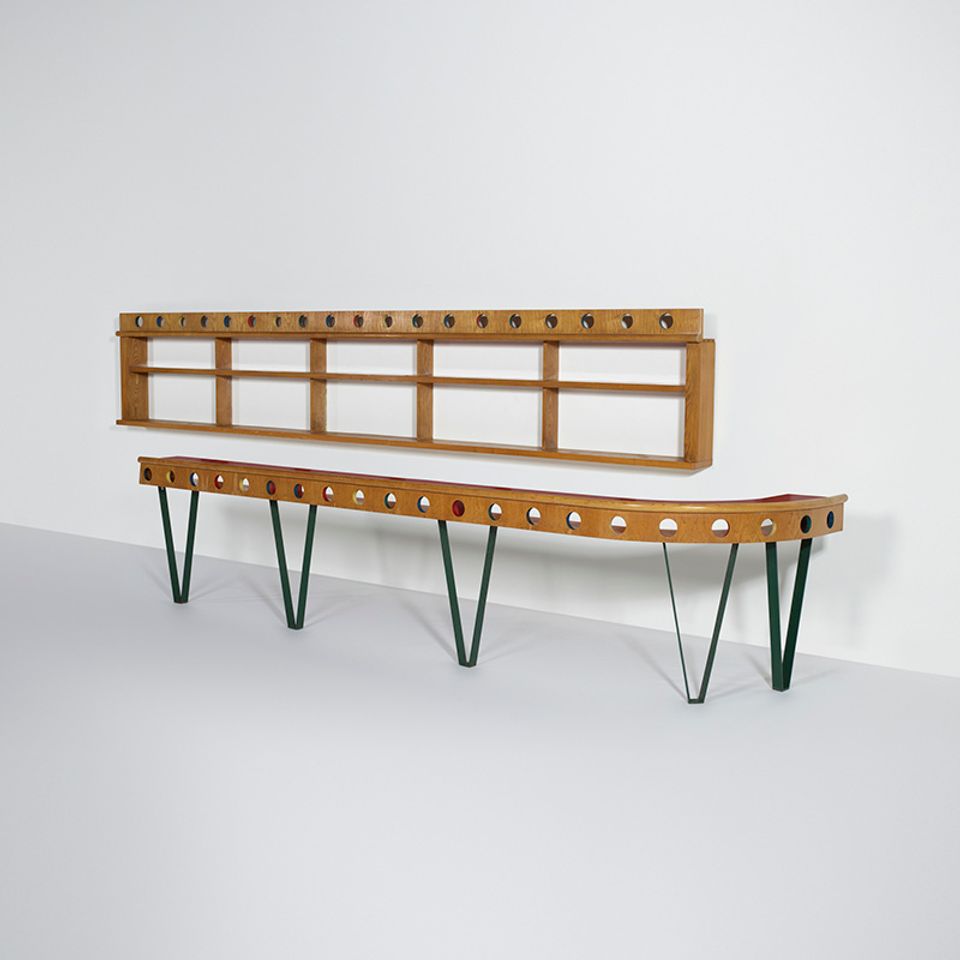 This custom-made bar of oak veneer over plywood, with enameled steel, laminate and lacquered wood finishings is a rare example from the oeuvre of a Modernist designer best known for his rotund “boule” sofas. Royère’s playful aesthetic might be read here in the circular cutouts along the bar’s edge, which also appear in his designs for a private cinema for the Shah of Iran around the same period. The unique piece was commissioned by the French educator Gaston Louis Eugène Dutilleul, a major patron of Royère’s in the 1950s, for his Paris abode, but has been consigned from a private Japanese collection. The piece was evidently enjoyed by its owners, as it is offered in its original condition, which is “imbued with the spirit and experiences of the place where it was used, and therefore shows some signs of age, with a few cigarette burns and drink rings to the wooden elements”, Michael Jefferson, the vice president of the auction house, told The Art Newspaper. The bar is illustrated in two monographs of Royère’s work—a 2002 release written by Pierre-Emmanuel Martin-Vivier and in a publication jointly compiled by the Jacques Lacoste and Patrick Seguin galleries in 2012.