Object lessons: Venetian glass fit for Dior and a view of the last Spanish stronghold in Mexico These decanters belong to a series of bottles that the Italian glass artist Ercole Barovier designed for Christian Dior in 1969 to promote the fashion house’s autumn/winter collection of tartan pea coats and miniskirts. Produced at Barovier’s familial Venetian glass manufacture, the bottles are made of fused polychrome glass and feature a red stopper, with the base made of the “scozzese” web design with blue, red and light yellow ribbons woven with darker threads and bubbles. The piece is “perfect mix of traditional technique allied with Modernist form and design, and a unique testimony to the collaboration between Dior and Barovier—the artist never worked with designers or fashion or luxury brands except for this instance”, says the president of the auction house, Frédéric Chambre. “These bottles are the most sought-after design in Barovier’s entire oeuvre, [but how many exist] is quite a mystery as the production was very confidential”, adds Chambre. The bottles have been illustrated in several publications of Venetian glass, and a single bottled fetched $3,500 at Bonhams New York last December. 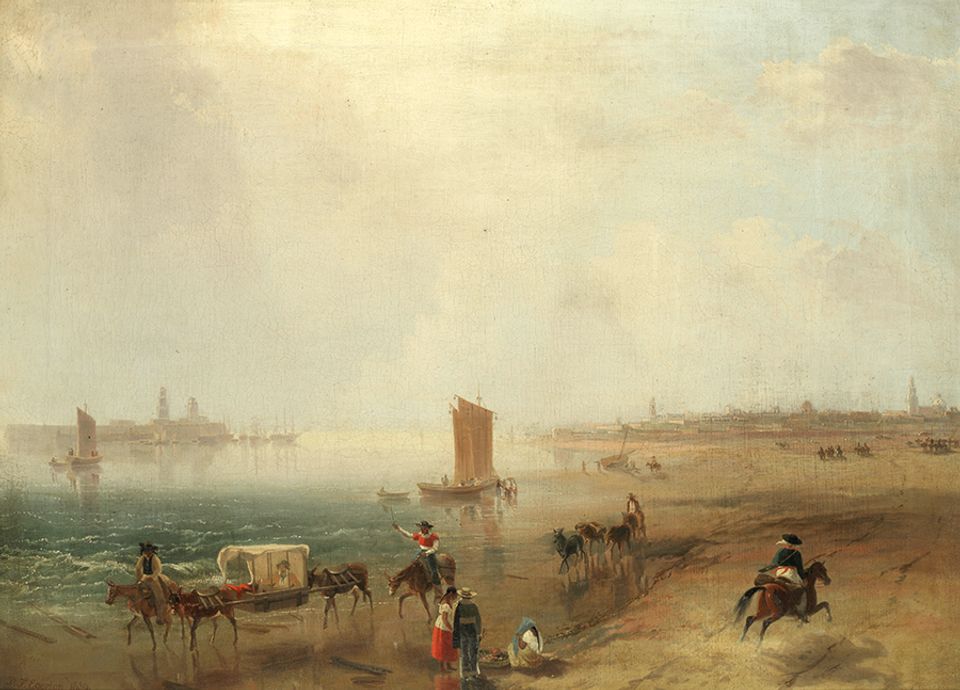 Vera Cruz and Castle of San Juan D'Ulloa by Daniel Thomas Egerton, around 1836

This landscape is one of 13 paintings the UK artist developed from sketches he produced while traveling in Mexico between 1831 and 1836. It shows the castle of San Juan de Ulúa in Veracruz, near the port where Spanish colonisers entered Mexico in 1521 and from which they were ultimately expelled in 1821. The painting was published in a portfolio of 12 coloured plates that Egerton assembled and captioned in 1840; the text for this one, which makes note of the various local customs he took care to portray, also hints at Egerton’s sympathies when he describes the view as the Spaniards’ “last stronghold, when, after a dominion of 300 years, they were driven from a country where they [left] but faint vestiges of its aboriginal character”. Egerton, a founder of the Society of British Artists, settled in Tacubaya in 1842 and was mysteriously murdered the same year (he was discovered carrying large sums of cash and his companion, the teenage daughter of his printsman, adorned with jewellery that was untouched). His work “rarely appears at auction, and therefore creates much excitement when it does”, says Rhyanon Demery, a specialist with the auction house. Another landscape of colonial Mexico painted in 1839 set the artist’s auction record in 2006 at Sotheby’s New York when it achieved $441,600.