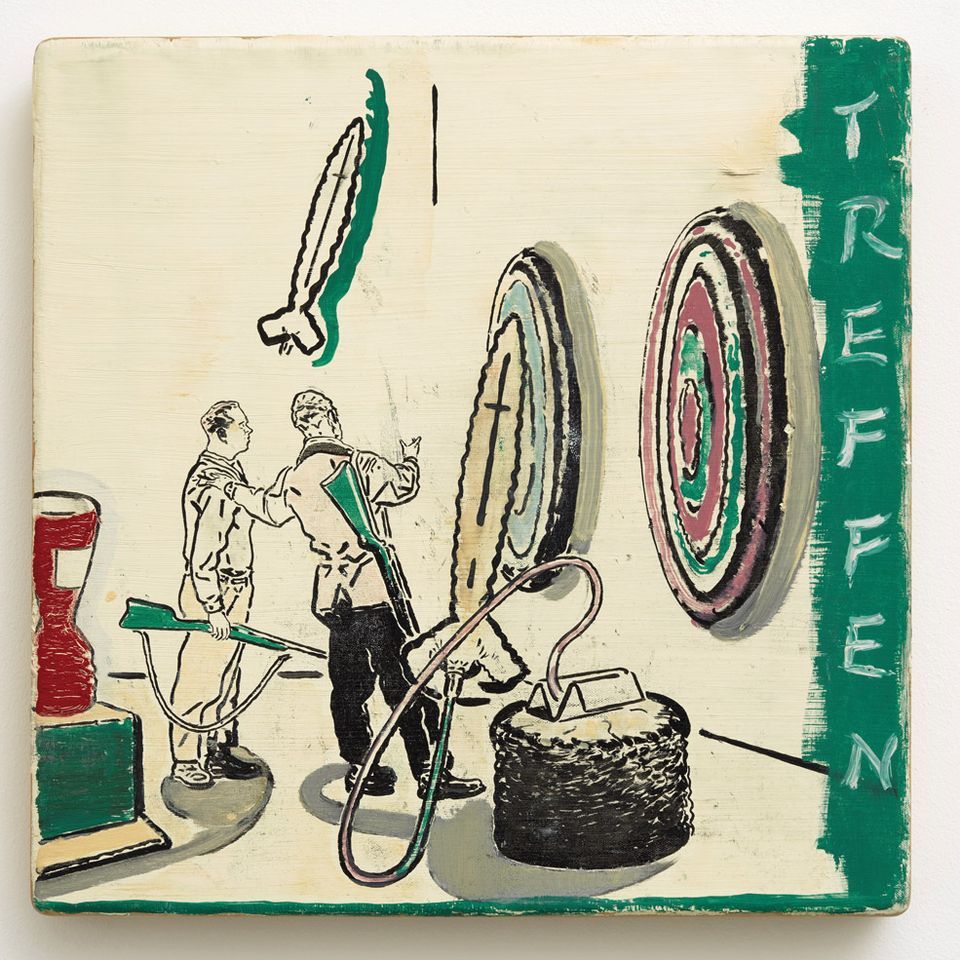 This benefit sale, which will support victims of the fire at Grenfell Tower in west London, features a work the German artist Neo Rauch that has been donated by the London-based dealer Sadie Coles. “I live near Grenfell and see and feel the devastation it has caused to this diverse and vibrant community”, Coles says. “The painting has been in my home for more than 20 years, the same length of time I have lived in west London, so it is meaningful that funds raised will go directly to the families in this horrible situation”. The oil on board painting, depicting armed men playing a game of darts with missiles, relates to the Social Realist aesthetic that Rauch developed as a student of the Leipzig School, which he combined with elements of Surrealism, humour and sociopolitical commentary. Some of the other artists included in the benefit sale are Tacita Dean, Rachel Whiteread, Tracey Emin and Wolfgang Tillmans. 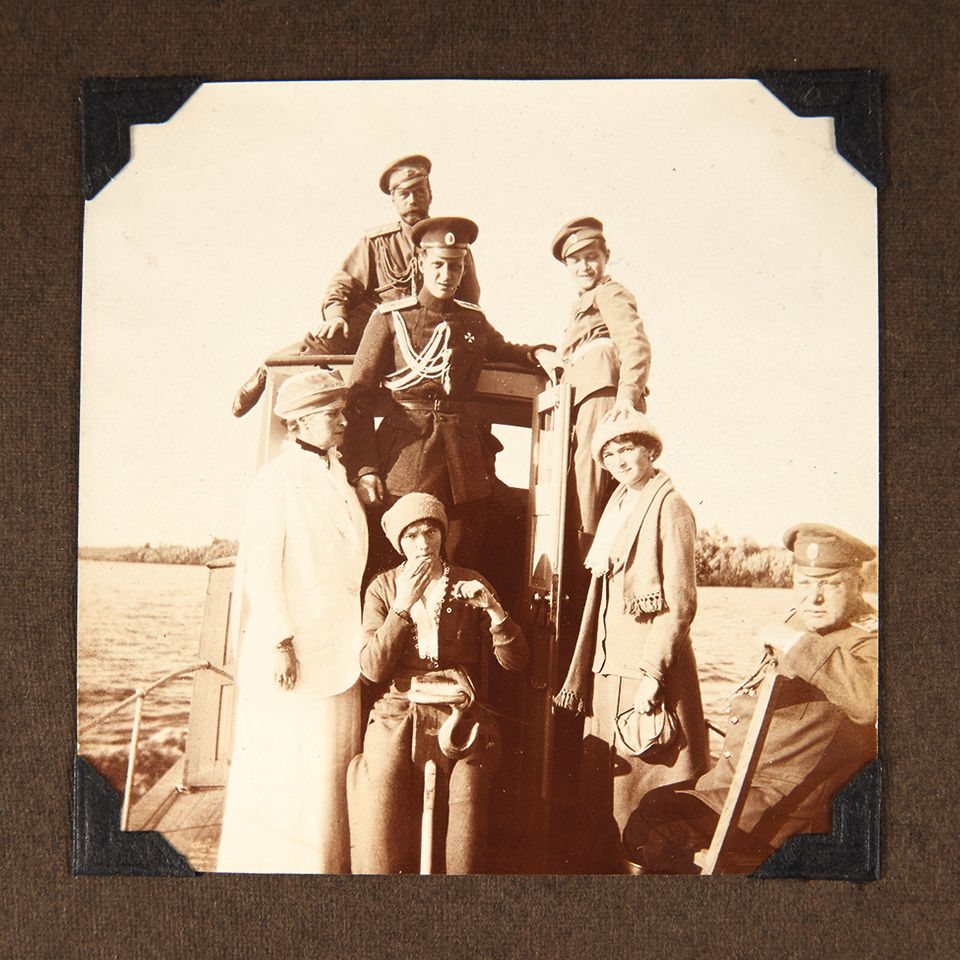 This photographic album belonged to the French tutor for Russian imperial Romanov family, a Swiss academic named Pierre Gilliard, who compiled and annotated the set of 66 photographs, which span the revolutionary period of 1912-1918. Scholars believe that when Gilliard was detained in Siberia after the Romanovs’ imprisonment in 1918, his wife—the duchess Anastasia’s nursemaid—gave the album to William Lintern, the British Vice-Consul in Ekaterinburg at the time. The album resurfaced earlier this year at Pembroke Castle, Wales, where Lintern’s heirs brought the heirloom to the BBC series Antiques Roadshow for evaluation. The album, which contains a number of previously unseen photographs of the Romanovs, also comes with a series of other documents that belonged to Lintern, including his passport and a letter to his family that sheds light on the tumultuous period. 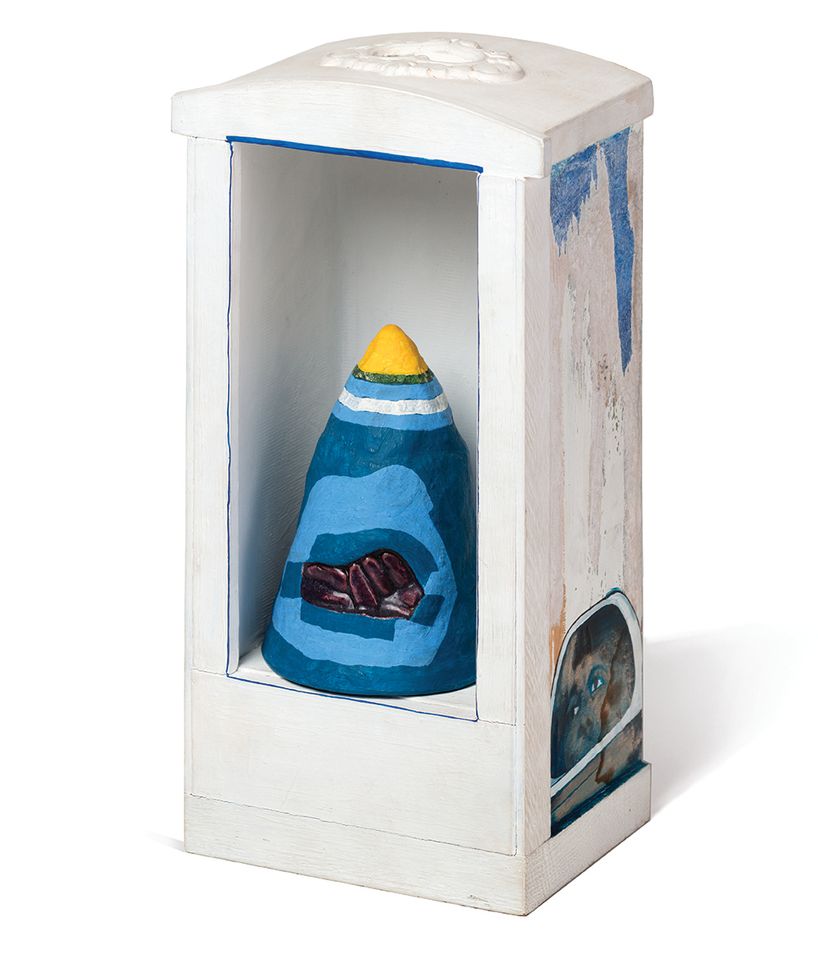 A highlight of the house’s 25th anniversary sale is a vibrant three-dimensional work, made of painted ceramic in a wood box construction, by the late California-born artist Ken Price, one of six works by the artist in the sale. In the late 1950s, Price studied under the Greek-American sculptor Peter Voulkos, who advocated for crafts like ceramics to be regarded as fine works of art, at the prestigious Los Angeles County Art Institute, now known as the Otis College of Art and Design. Artists associated with the movement aimed to assert clay ceramics, often viewed as a material with purely utilitarian ends, as its own artistic medium. This work, which is an early example of Price's interest in bridging the internal and the external, was included in the acclaimed survey organised by the Los Angeles County Museum of Art that debuted mere months after his death in 2012. The exhibition, which traveled to the Nasher Sculpture Museum, Dallas, and the Metropolitan Museum of Art, New York, brought broad attention to his sculptural oeuvre, with reverberations in the market—in 2014 a glazed ceramic work sold for $509,000 (est. $300,000-$400,000) at Phillips, New York.