One highlight of the sale of the art director Dimitri Levas' design collection is a work by the British artist Richard Hamilton, who “led the rediscovery of Marcel Duchamp in the 1960s through meticulously researching and recreating parts of some of his most famous works”, says Richard Wright, the director of the auction house. Hamilton’s aluminium-mounted screenprint of dust under laminated glass recreates a burst of reuleaux triangles that form part of Duchamp’s multi-media masterwork, The Bride Stripped Bare by Her Bachelors, Even (The Large Glass). Duchamp created the 9 ft. tall work between 1915 and 1923 and intended to publish a "guidebook" to explain his magnum opus. Although the publication was never realised, according to Duchamp’s hand-written notes, the “hilarious” work has erotic undertones. It was first shown at the Brooklyn Museum in 1926, where it was damaged in transit after being removed and then carefully repaired by Duchamp. In 1952, the work was acquired by the Philadelphia Museum of Art. Levas acquired Hamilton’s homage to Duchamp directly from the artist around 1990 after admiring it since the early 1980s, when he worked with Hamilton to install an exhibition at the now defunct Charles Cowles Gallery in New York.

A pair of imperial bronze censers in the shape of dragon-turtles (bixi) (18th/19th century). Photo courtesy of Koller.

Three lots in the auction house’s bi-annual sale of Asian art have been part of a private German collection for over 100 years and are being offered by the grandson of the original owner, who was a German lieutenant in China during the Boxer Rebellion of 1899-1901. Through his military service, the lieutenant met the Chinese general Yin Chang, who was involved in peace negotiations on the Chinese imperial side and became an ambassador for China after the uprising. Their relationship is what fostered the lieutenant's collection, according to an associate of the gallery. One highlight of the sale, a pair of bronze censers, depicts mythological dragon-turtles called bixi, staple figures of traditional architecture in Ming and Qing dynasties that were often used as a plinth for steles or tablets. The hybrid animals later became a standard of feng shui schools, where they are associated with attracting wealth and neutralising negative energies. Although bixi sculptures have been mass-produced for centuries, this particular lot is unique because similar bronze examples from the period only exist at two palaces and a park (the Qianqing Palace, the Taihe-Hall and Beihai park) in the Forbidden City at the centre of Beijing. 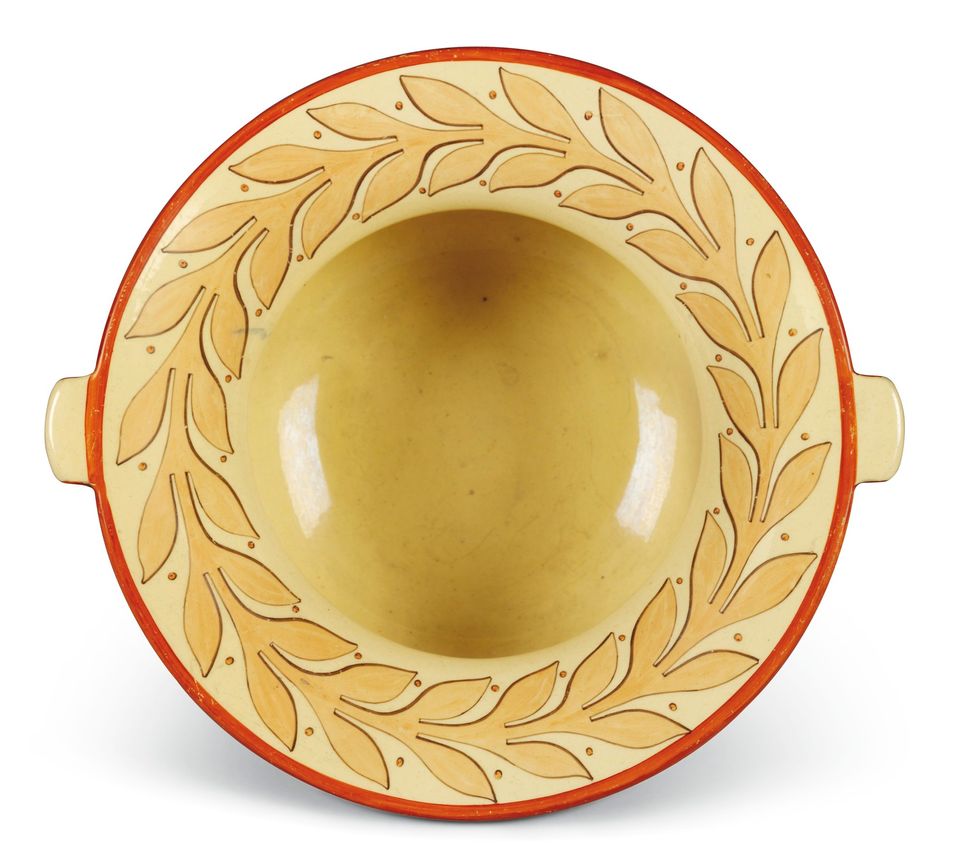 A Staffordshire pottery basin from Napoleon’s chamber service (around 1815). Photo courtesy of Christie's.

A Staffordshire pottery basin from Napoleon’s chamber service (around 1815)

A hoard of 32 objects and works of art linked to Napoleon Bonaparte are being offered from the collection of Pierre-Jean Chalençon, a French collector who began collecting artefacts related to Bonaparte when he was 16. (His first major purchase, which he sold his motor scooter to acquire, was a letter written by Bonaparte in 1806 announcing his victory against Prussia in the battle of Jena, bought from an antiques dealer for $2,000.) One highlight of the sale is a basin designed by the artisan George Bullock, who was commissioned by the Prince of Wales to furnish the house on the island of Saint Helena where Bonaparte was exiled from 1815 until his death in 1821. The basin never actually made it to Bonaparte’s chamber, as the Etruscan design was deemed too regal for a defeated enemy and in 1817 it was acquired for £3 by the English industrialist Matthew Robinson Boulton, whose family owned it until 1987. Other lots being offered from Chalençon’s collection include paintings, sculptures and an 1811 bottle of cognac from Bonaparte’s cellar at Fontainbleau (est. £4,000-£6,000). Chalençon owns around 100 objects that belonged to Bonaparte, as well as around 1,000 related items. His collection has been shown in various cultural institutions around the world, including the Château de Versailles in 2012 and at the Hubei Provincial Museum in Wuhan, China, in 2014.