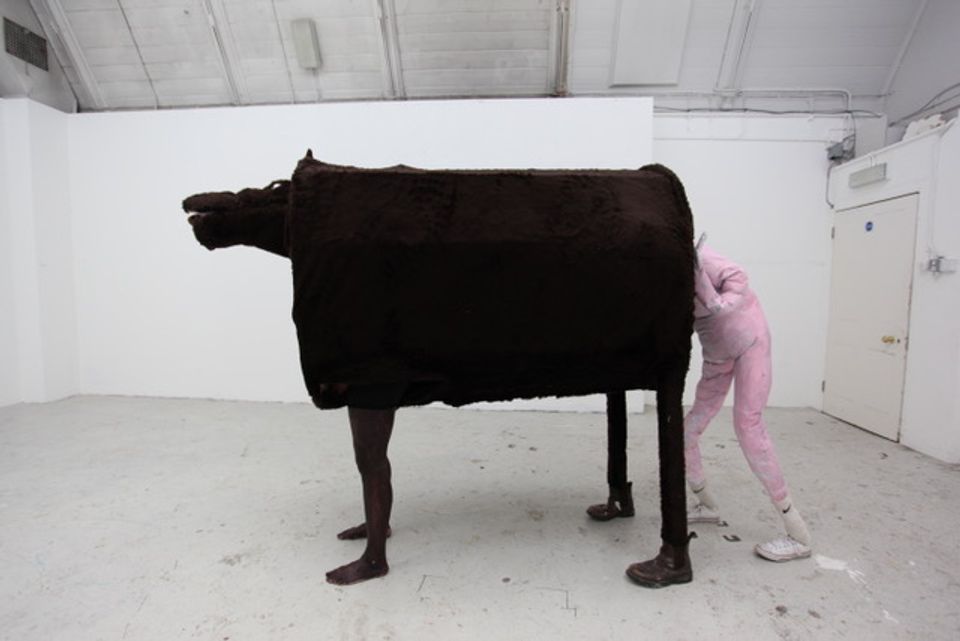 Roland Carline will transform into a panto horse courtesy the artist

Welsh artist Roland Carline says that he plans to modify his exhibition on show at the Goldsmiths Centre for Contemporary Art, University of London (until 12 January) in light of the Conservative party’s landslide victory in the UK general election on 12 December. Carline will walk around the space in a horse costume controlled by levers which, he says, highlights the “pantomime” aspect of Boris Johnson’s victory (the Prime Minister secured a majority of 80 seats in Parliament earlier this month).

The artist, a graduate of the Royal Academy schools in London, is presenting four live works at the Goldsmiths Centre for Contemporary Art, University of London (until 12 January), in collaboration with local community groups such as Meet Me at the Albany, an arts club for people aged over 60.

“I dressed as the horse before when President Trump was elected in 2016. I was hoping that the UK would not jump on the same bandwagon but the media had such an impact, especially in the way it portrayed the Labour party. The horse performance is one way of trying to find humour in this [post-election] situation in the UK,” Carline says. “What can you do when politics is more entertaining than Netflix?”