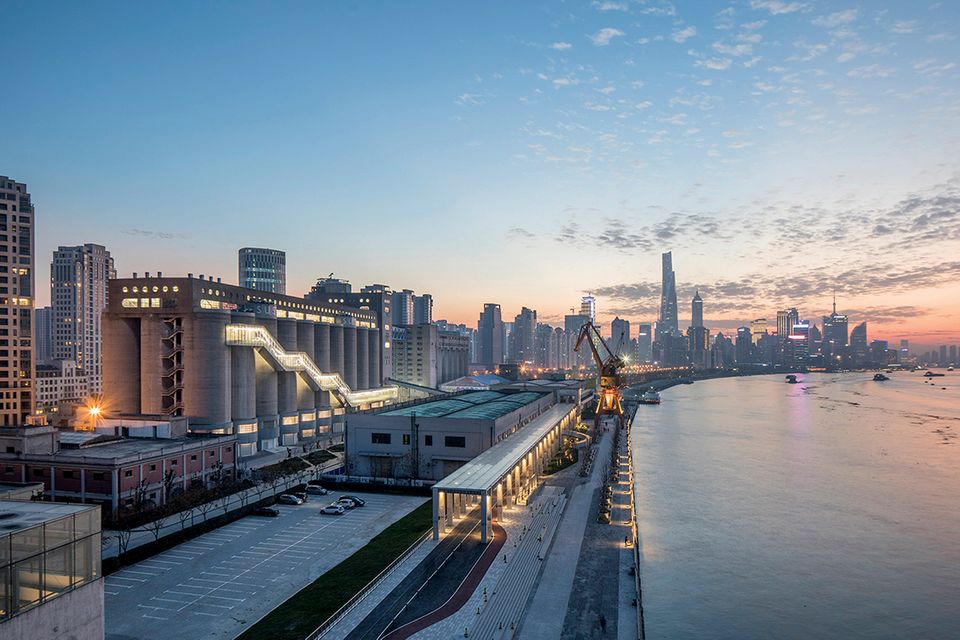 A raft of state-owned museums is rising along the East Bund riverside in the Pudong New Area of eastern Shanghai. Details have yet to be formally announced, but projects due for completion in 2020 include the Pudong Art Museum, the Shanghai Museum East, the Shanghai Library East and the Pudong Urban Planning and Art Centre. The towering 80,000 Ton Silo on the Huangpu River opened as an exhibition venue after refurbishment last October.

The eight-floor, 50m-high silo, built by the Blue Funnel Line shipping company between 1907 and 1925, now has an exterior escalator reminiscent of the Centre Pompidou in Paris. Its restoration was led by Liu Yichun, the architect of the city’s Long Museum West Bund. The inaugural exhibition was the main event of the city’s second state-backed biennial festival of art and urban planning, Shanghai Urban Spaces Art Season, which closed last month. Longer-term plans for the silo have not been revealed.

Meanwhile, the Jean Nouvel-designed Pudong Art Museum broke ground in September on a prime 13,000 sq. m site beside the landmark Oriental Pearl television tower. The four-storey white granite building will have two large glass wall sections, so the interior will be visible from the Bund, across the river. The museum will show a mixture of traditional and contemporary art, mostly Chinese.

The gargantuan 105,000 sq. m Shanghai Museum East (getting on for twice the size of the Louvre in Paris), designed by Li Li and the Tongji Architectural Design Group, and the Shanghai East Library, by Denmark’s Schmidt Hammer Lassen Architects, will both be branches of municipal institutions in the city centre. The Shanghai Museum East aims to ease visitor pressure on the original 39,000 sq. m museum, built in 1996, and to show more of its collection of 140,000 antiquities.

It remains to be seen whether Pudong’s East Bund will become a state rival to the “cultural corridor” of private museums and galleries of West Bund, in the Xuhui district, including the Yuz Museum, the Long Museum and the future Shanghai branch of Paris's Centre Pompidou. Further southwest in Pudong, the site of the 2010 World Expo is already home to the public China Art Museum Shanghai and private Minsheng Art Museum. An expansion of the Expo Culture Park is planned to add institutions, including a grand opera house, to the existing pavilions.

By last year, the Shanghai government had transformed 45km of the Huangpu waterfront into public space, according to Shanghai Daily. A government report published in December estimates the growth rate of the city’s art museums at 130%, with numbers jumping from 34 to 78 in the past five years.