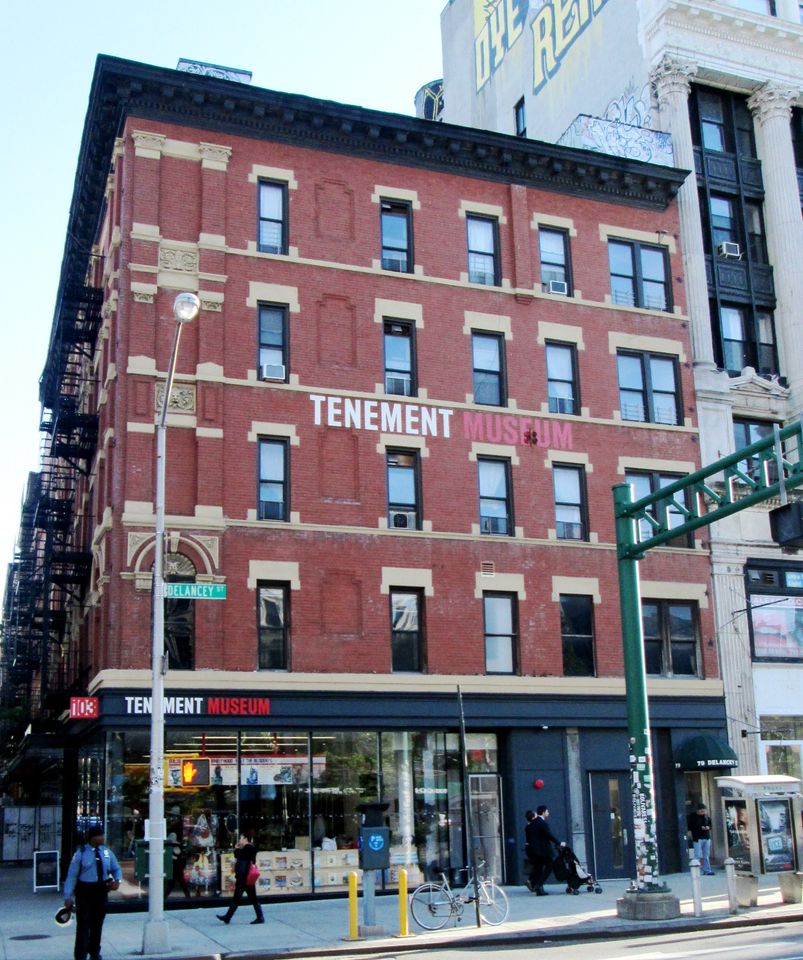 The Tenement Museum in New York, which launched an appeal at its website appealing to donors to help it survive

A new survey of more than 750 museum directors in the US has confirmed that one out of three institutions may shut down permanently as a result of financial troubles related to the coronavirus pandemic, the American Alliance of Museums (AAM) reported today.

The survey data, collected throughout the month of June, verifies early projections of the economic damage wrought by the shutdowns of thousands of museums across the country since March to limit contagion and by the loss of aid from donors and governments.

The survey found that 33% of museum directors believed there was a “significant risk” of closing permanently or that they “didn’t know” if they would survive the economic crisis.

The closures obliterated ticket, gift-shop, event-rental and other income on which their institutions depend, and after reopening museums are expected to draw far fewer visitors than they did before the pandemic.

“Museum revenue disappeared overnight when the pandemic closed all cultural institutions, and sadly, many will never recover,” says Laura Lott, the president and chief executive of the museum alliance. “Even with a partial reopening in the coming months, costs will outweigh revenue and there is no financial safety net for many museums.”

She adds: “The permanent closure of 12,000 museums will be devastating for communities, economies, education systems and our cultural history.”

The data showed that 87% of museums have 12 months or less remaining in their operating reserves, and that 56% have enough to operate for less than six months. Around 64% of directors predicted reductions in education, programming or other services to the public due to significant budget cuts.

The survey drew on a broad cross section of museums. Of the institutions surveyed, 31% were history museums or historical societies, 20% were art museums and 12% were historic houses or historic sites. Children’s, science and technology, natural history and other categories like aboretums, zoos, aquariums and specialised museums made up the remainder.

Lott says that the museums at greatest risk include children’s museums and science centers, 40 to 50 percent of which are unsure whether they can survive. “They’re very reliant on ticket income and very tactile,” which presents challenges for operating safely during the coronavirus pandemic, she notes. Midsize museums with operating budgets in the $5m to $10m range are in many cases at peril as well, she adds, because “they were trying to expand their profile and punching above their weight and operating on thin margins.”

The overwhelming majority of the museums had reopened or planned to do so by the end of July: 15% in May, 42% in June and 27% in July. Yet some openings have been reversed by the recent leap in coronavirus cases in states including Arizona, Texas, California and Florida, Lott notes: The Arizona Science Center in Phoenix, for example, closed again after the state experienced a surge in coronavirus cases and hospitalisations, she says.

In a positive sign, the survey demonstrated how US museums have resolved to serve their constituencies online during their closures and community lockdowns. A total of 75% of museum directors reported that their institutions had provided educational resources to children, parents and teachers while they were closed, and 64% provided entertainment and other activities. Video lectures were provided by 60%, educational resources for college students were furnished by 54% and enhanced access to digitised collection resources were provided by 43%. “The bright spot is that museums leapt into action in March and found ways to deliver on their mission,” says Lott.

The survey could prove indispensable as the AAM lobbies for increased government aid to cultural institutions. The alliance points out that museums support 726,000 direct and indirect jobs and contribute $50bn a year to the US economy.

“For all of the wonderful things that they provide in terms of respite and inspiration and trustworthy information, they [also] are a major part of our economy,” Lott says, “and vital to people getting out into neighbourhoods” and spending.

Among other requests, the museum alliance is pressing Congress for an extension and expansion of Payroll Protection Program (PPP) loans, which have helped museums to fund salaries and benefits during the crisis; asking that it direct the Federal Reserve to quickly finalise a nonprofit lending mechanism that can accommodate mid-size nonprofits that were excluded from the PPP program; and to allocate $6bn in aid for museums that would go toward general operating support, helping to develop distance-learning content, and physical improvements to protect employees and visitors from the Covid-19 virus.

The survey was conducted by the New Hampshire polling firm Dynamic Benchmarking at no charge to the AAM.