Deh vieni, non tardar: opera for all at the V&A 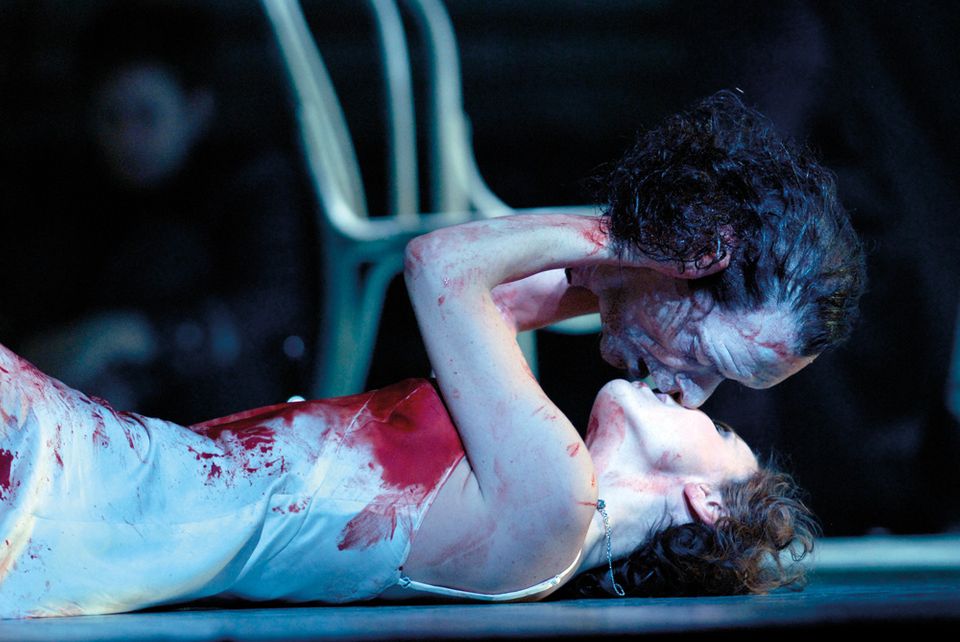 Opera: Passion, Power and Politics, the exhibition that opens at the Victoria and Albert Museum on 30 September (until 25 February 2018), is a collaboration of the museum and the Royal Opera House, Covent Garden, London. This exhibition is the first to take place in the new, purpose-built Sainsbury Gallery.

Each of the seven sections—plus a coda of videos of opera houses around the world today and performance excerpts—has been designed by Curious Space to resemble something reminiscent of an old-fashioned school room in which the walls serve as a continuous blackboard on which a giant invisible teacher has given a “chalk talk” for each opera. Street-sign-like indicators of the signal facts of each opera and its composer. The visitor is equipped with headphones which automatically respond to the various sections with appropriate musical tracks by modern and contemporary musicians (with annoying recitatives of backstage noises and stagehand sounds in the intervals). One is advised to walk through poco a poco lest the soundtrack scrambles. If you know little about opera and would like to know more, there could not be a better place to start. If you are an opera buff, you will be delighted to see these old friends in their historical milieux. A bonus is that it is as if Regietheater had never seen the light of day.

The exhibition is sponsored by Société Généal, a European financial services group, that has supported V&A exhibitions for the past ten years.