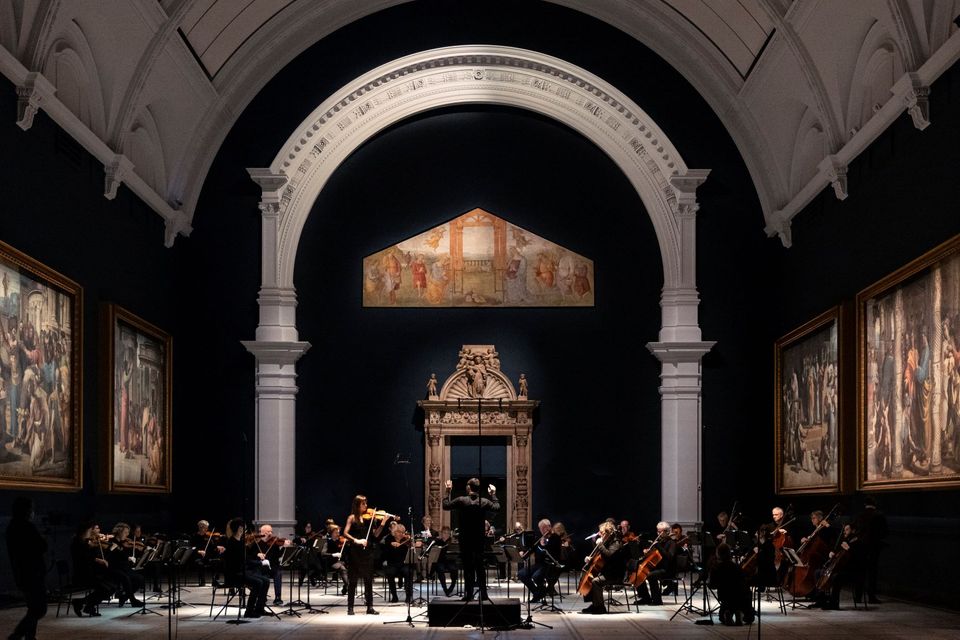 The Raphael Court at the Victoria and Albert Museum (V&A) in London, which houses some of the UK's finest Renaissance treasures known as the Raphael Cartoons (1515-16), is the subject of a new collaboration between the worlds of art, film and classical music.

In the presence of the seven surviving tapestry paintings that were commissioned for the Sistine Chapel by Pope Leo X, the conductor Oliver Zeffman has led the Academy of St Martins in the Fields and the violinist Viktoria Mullova in a filmed orchestral performance. Released online today, this "visual album" combines striking video footage of the cartoons with pieces by composers ranging from Bach to Arvo Pärt.

It comes at a time when the pandemic has left the UK's live performance industry in dire straits and desperate to innovate. "Lots of people have tried to replicate the live experience this past year," says Zeffman. "But this tends to be putting cameras in an empty concert hall, and I don't think that best replicates a live performance. The whole point of this album is to combine great classical music with engaging visual content that is made for the screen." 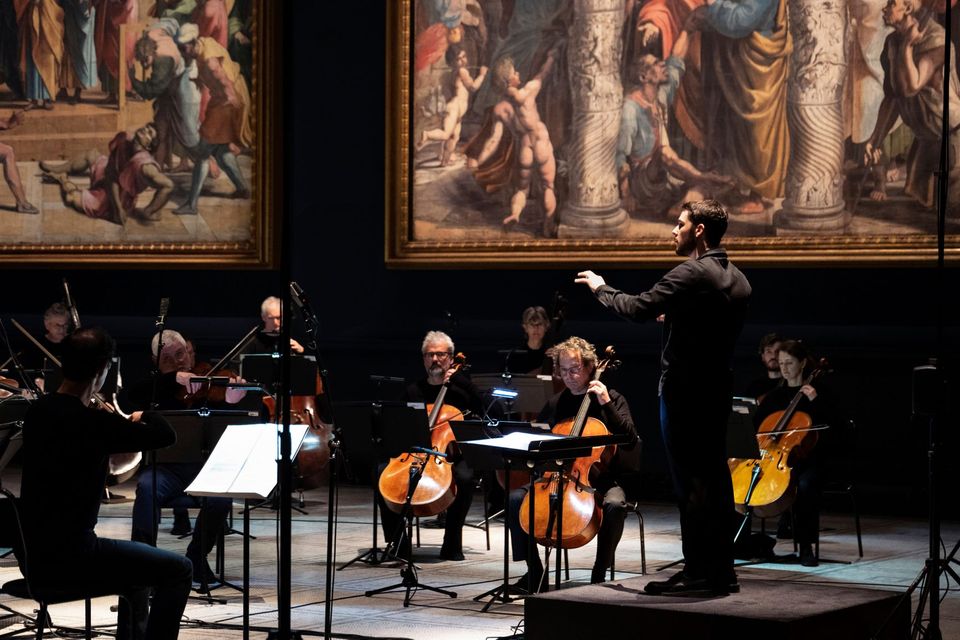 In order to ensure the visual elements were as important as the audio, Zeffman says that he chose the repertoire in response to the cartoons. "Raphael was a Neo-Platonist, part of a movement that looked back to the Classical world to emulate its clean lines and forms. A similar movement happens in classical music some time later," Zeffman says. Accordingly, he chose pieces that represent pinnacles of the Classical and Neo-classical eras in music, such as Mozart's Third Violin Concerto in G Major (1775) and Pastorale d'été (1920) by the Swiss composer Arthur Honegger.

One of the V&A’s largest and most dramatic galleries, the Raphael Court is almost identical in proportions to the Sistine Chapel allowing for the cartoons to be presented as their creator first intended. Last year, to celebrate Raphael's 500th anniversary, the V&A undertook a major refurbishment of the gallery to make the works more easily visible.

Heritage experts have said that due to their fragility and near constant display, the tapestries, which are on permanent loan to the V&A from the Royal Collection, are unlikely to survive forever. Last year, the museum completely digitised the cartoons using cutting-edge technology such as high-resolution colour photography, infrared and 3D scanning to make them available to browse via the V&A website. Similarly, this album will allow the Raphael Cartoons to live on virtually past their expected decay.

As museums and live performers emerge from the pandemic facing massive revenue losses, this collaboration presents a new, potentially lucrative way for both industries to combine forces. Although, as Zeffman points out, art and classical music are hardly uncommon bedfellows: Modest Mussorgsky's Pictures from an Exhibition suite (1874), for example, was based on works by the Russian artist Viktor Hartmann and Rachmaninoff's 1908 composition Isle of the Dead was inspired by Arnold Böcklin's 1880 painting of the same name. Zeffman says he is now in discussions with several other institutions to film orchestral performances in spectacular, art-filled settings.