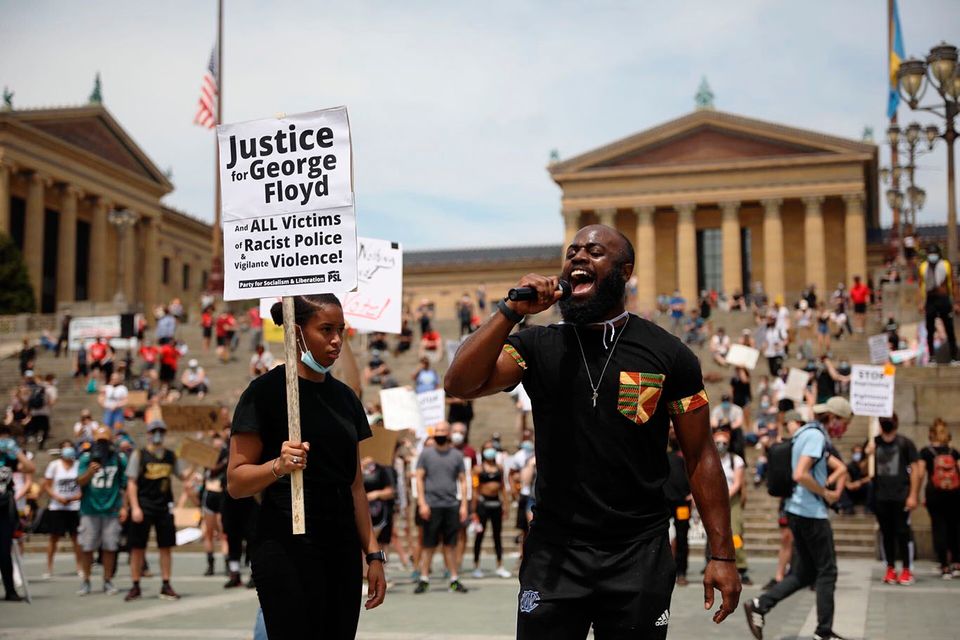 A protest at the Philadelphia Museum of Art over the weekend related to the national movement promoting racial justice. The museum meanwhile faces a union organising effort by its employees. Tyger Williams/The Philadelphia Inquirer via Associated Press

Facing a drive by its employees to unionise, the Philadelphia Museum of Art has enlisted a prominent local law firm known for its “union avoidance” counselling for assistance, the workers’ organising committee announced today. The committee called on the museum’s management to abandon such strategies.

“We ask museum leadership to cease any and all planned union-busting tactics and to publicly commit to absolute neutrality in any union election,” the committee said in a statement.

Employees filed notification of their intent to unionise with the National Labor Relations Board last month and asked the museum’s senior management to voluntarily recognise the new union, which would be affiliated with District Council 47 of the American Federation of State, County and Municipal Employees. Such recognition by management would eliminate the need for a vote by workers to organise.

“After more than two weeks without a response from museum leadership, we now learn that [the Philadelphia law firm] Morgan Lewis [& Bockius] is advising and representing them before the National Labor Relations Board, as well as holding internal ‘info sessions’ for alleged PMA supervisors,” the committee said.

It asserted that relying on such a law firm contradicted a recent statement to staff members by Timothy Rub, the museum’s director and chief executive, that “we recognise and respect the right of our employees to be represented by a union”.

Asked for comment on the committee’s statement, the museum acknowledged seeking counsel from a law firm and reiterated that it had affirmed the employees “right to organise”.

“As is customary, the museum has continued working with its longstanding outside counsel to help guide us through the unionisation process as governed by the National Labor Relations Act,” it said in a statement. “We also believe that it will be essential to our ongoing efforts to work cooperatively with the union and with the NLRB as we move forward in the process.”

The Philadelphia museum is currently closed in response to the coronavirus pandemic.

Last year the New Museum in New York similarly engaged a firm specialising in “union avoidance” during an organising drive by its staff members. Shortly thereafter employees voted overwhelmingly to become part of Local 2110 of the United Auto Workers.

The organising committee at the Philadelphia museum has said that the union would cover the majority of the museum’s staff of around 500, including curatorial, visitor services, retail, library and development employees and art handlers.