More than three years after the massacre, a winning design has been selected for a $45m museum and memorial campus, but some survivors and victims’ families would rather it stay unbuilt. 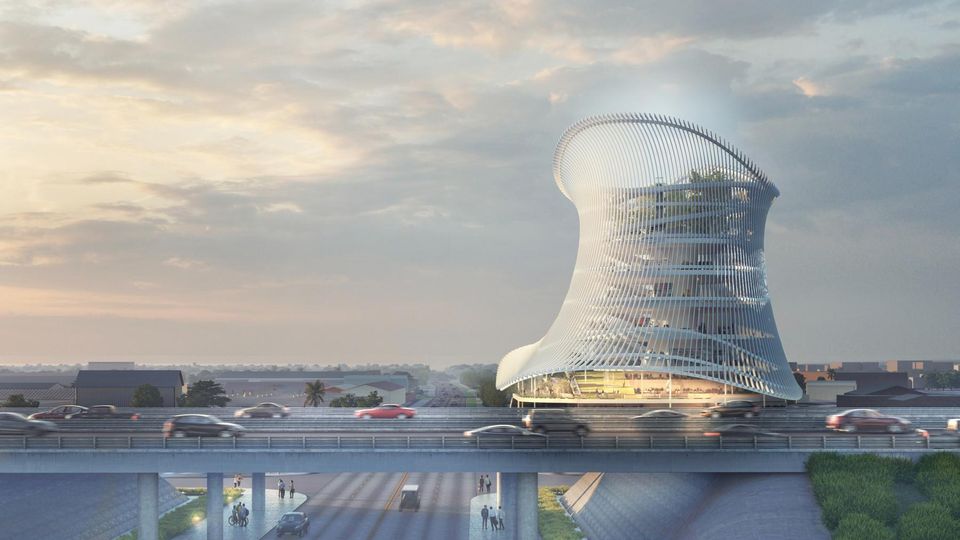 The onePULSE Foundation is a step closer to consecrating a section of Orlando as a “sanctuary of healing” in honour of the victims killed at the 2016 Pulse nightclub shooting, the deadliest attack against the LGBT community in the US. A winning design was announced Wednesday that will encircle the former club building with a tranquil reflecting pool and 49 trees, one for each of dead. There will also be a museum rising into the sky with several floors and a rooftop promenade, complete with a “beam of light shining toward the heavens” reminiscent of the 9/11 Memorial’s annual tribute in New York City.

A team of architects and artists have won the commission in a competition that garnered 68 submissions from around the world. The group includes the architectural firms Coldfly & Associés with RDAI and the Orlando-based HHCP Architects, the French artist Xavier Veilhan, dUCKs scéno, Agence TER, and DePaul University professor Leilah Farah. A jury of 14 community leaders, survivors, and architecture experts — including Dean Sarah Whiting of the Harvard University Graduate School of Design — selected the winners

“Together, we have an opportunity to reclaim a place from terror and darkness and create a new reality, one that brings people together in celebration of joy and love,” Thomas Coldefy, principal of Coldefy & Associés said in a statement. “This is a deeply meaningful project that reminds us how much architecture and landscape can influence our behaviour and have an impact on our community.”

The current design will see the nightclub’s remains encapsulated within tall, granite-like structures separated by a pathway. The circular reflecting pool will be clad with 49 lines of colour in its basin, radiating from the structure’s centre like ripples in the water. There will also be shallow steps, which form amphitheatre-style seating for visitors to view the memorial and remember the victims of the tragedy. 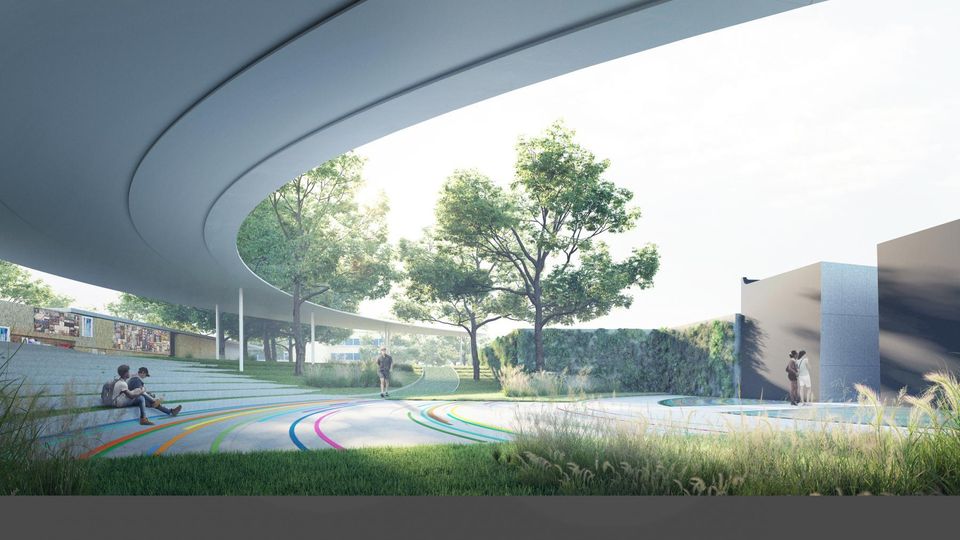 Barbara Poma, onePULSE Foundation’s CEO and the owner of the Pulse nightclub, has overseen the planning of the imminent National Pulse Memorial & Museum, which will be constructed on a wide stretch of land the non-profit recently purchased for $3.5m. In a statement, she describes the museum as honouring “the 49 lives taken and all those affected while also educating visitors and future generations on the profound impact the tragedy had on Orland, the US, and the world”.

But the $45m project has faced harsh criticism from some survivors and victims’ families who regard the memorial-museum as a lurid tourist attraction designed to make money for Poma and her foundation. The Community Coalition Against A Pulse Museum says it represents 115 people who survived or lost loved ones in 13 of the nation’s shootings, including 34 victims from Pulse attack. Organisation members have taken aim at Poma, who they accuse of profiting from a tragedy that occurred on her watch. The multimillion-dollar project includes $150,000 allocated for her salary. The group has also lobbied elected officials and continues to protest the onePULSE Foundation over any plans that include an admission charge or a gift shop, both of which the museum expects to have.

“The onePULSE Foundation has chosen a design that creates a spectacle of the murder of LGBTQ people and shamelessly uses it to promote urban development under the name of education and memorialisation,” says Zachary Blair, an organiser with the coalition. “The OnePulse Foundation does not provide financial help to survivors, who are at risk of homelessness, joblessness, medical debt, and who need continued mental healthcare. The needs of survivors are being ignored and instead millions will be raised for this private museum.”

The winning design includes a green corridor running through the district with several lakes and parks. There will also be a “Survivors Walk” that connects the former nightclub location to Orlando Regional Medical Center, where the wounded were carried the night of the shooting. It will eventually extend north to the Dr Phillips Center for the Performing Arts, where a community vigil was held two nights after the attack. In a video advertising the project, which was posted by The Orlando Sentinel yesterday, the district is described as “the new heart of SoDO” and “a new connection to downtown”.

The controversy surrounding the Pulse memorial has created strong divides in the survivor community. Many stakeholders have demanded that Poma raze the nightclub to the ground after the tragedy, as was done with the Sandy Hook Elementary School where 20 children and 6 adult staff were killed by a shooter, but she refused. “I’m disgusted by it,” Jessenia Marquez says of the planned memorial-museum. Her cousin died in the shooting; her daughter and nephew narrowly survived it. “The memorial is creating a wall between us survivors. It’s not a healing process when you know your family died on that ground, your daughter almost passed away, and now a tourist attraction is what’s coming through.”

The onePULSE Foundation says that its selections were informed by over 2,300 comments from victims families, survivors, first responders, and the public. And the organisation has cautioned that the winning design is only a starting point; the team must now begin designing its master plan. The memorial and museum are projected to open in 2022.