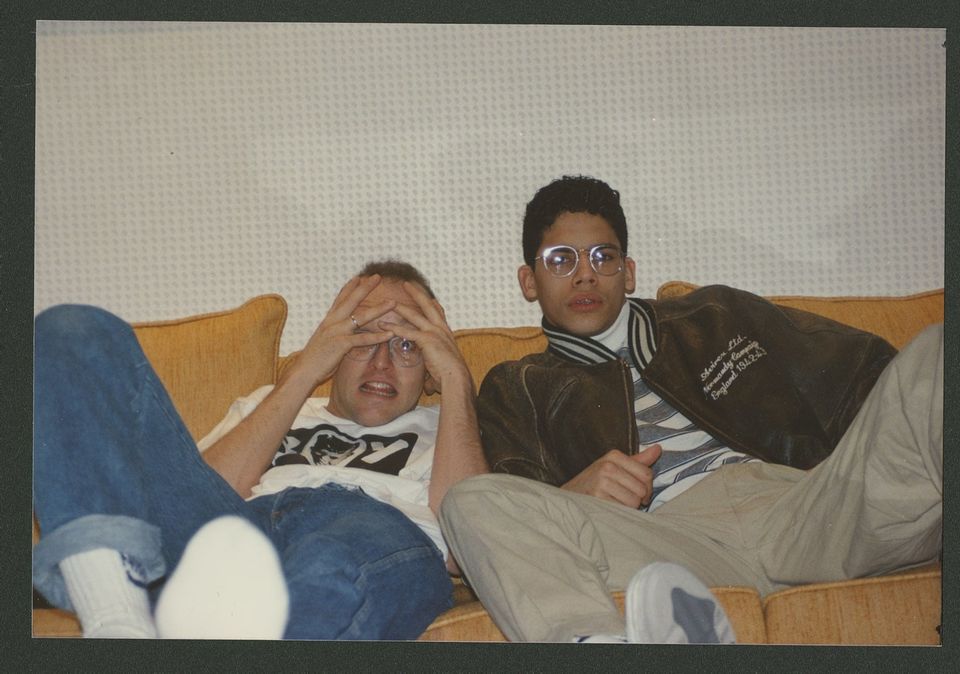 It seemed we knew everything we needed to know about the late US artist Keith Haring after Tate Liverpool held its comprehensive exhibition on the street art boy wonder last year. We were wrong of course—a new documentary Keith Haring: Street Art Boy, shown recently on BBC2, revealed so much more about Haring whose cartoonish figures, such as crawling babies and flying saucers, adorned the New York subway in the 1980s and seeped into the public consciousness.

Previously unheard interviews with Haring himself shed light on his conservative upbringing in Kutztown in Pennsylvania, providing a vivid first-person narrative. But anecdotes from loving friends and peers make the documentary special. Fellow Kutztown citizen Drew B. Straub tells of the time he lived with Haring, sharing an apartment in the East Village. “Keith played Rock Lobster 20 hours in a row while he would be drawing in the apartment… he did a penis wallpaper for our kitchen. It looks like butterflies but it was actually penises,” says Straub.

Artists Kenny Scharf and Samantha McEwan were especially close pals. At the height of his fame, Haring befriended a slew of celebrities such as Madonna and Brooke Shields. McEwan tells how one night, “the phone rang, [Haring’s boyfriend] Juan picked it up. Keith said ‘who is it?’ Juan said, ‘it’s Michael’. Keith went ‘wassup?’ The conversation did not go on for very long and then he goes, ‘oh my god’. And it’s Kenny ringing him, pretending to be Michael Jackson. Keith was absolutely livid.”

Being shunned by major US institutions upset Haring, say his friends. In 1985, he had his first solo museum show at the CAPC Musée d’Art Contemporain in Bordeaux that toured to the Stedelijk Museum in Amsterdam. “Keith was very hurt that during the period when he was having a lot of one-man shows all around the world, that MoMA wasn’t interested,” Straub says. The Whitney Museum of American Art in New York righted this wrong with a Haring retrospective in 1997.

There are plenty of emotional moments. In 1986, Haring invited 1,000 teenagers from all five New York boroughs to contribute to a ten-storey high banner depicting Lady Liberty. A former student who took part in the interactive project at the Jacob Javits Center explains how empowering the project was. “Every single person you see represented on this banner had a voice,” says Keyonn Wright-Sheppard.

Tragically, Haring died of an Aids-related illness in 1990, aged 31. As Haring lay dying, Scharf gave him a pad and pen. “This is the last drawing by Keith,” says Scharf, showing a beautiful, half-formed baby. “He struggled so bad, he really wanted to show that he could still do it.” Keith Haring: Street Art Boy, directed by Ben Anthony, is available to view on BBC iPlayer.