After a grant enabled conservation on a much-loved painting, researchers at the National Gallery of Ireland are learning more about the artist’s technique 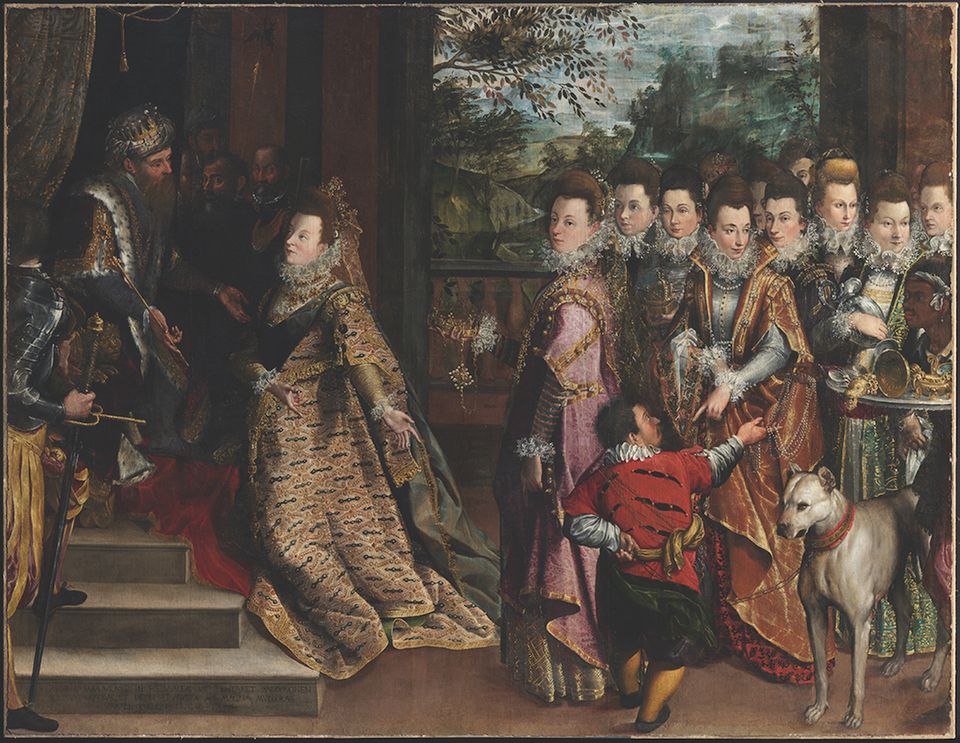 Of the 30 or so paintings that can be firmly attributed to the pioneering female Renaissance artist Lavinia Fontana (1552-1614), the biggest and most ambitious resides at the National Gallery of Ireland in Dublin. On display almost continuously since the 1960s, The Visit of the Queen of Sheba to King Solomon (around 1600) is now undergoing an 18-month conservation study ­supported by Bank of America.

Fontana’s lavish depiction of the Duke of Mantua and his wife, in the guise of Solomon receiving the Queen of Sheba, is “a very well-loved work in the collection”, says Maria Canavan, the museum’s paintings conservator. But it is starting to show its age, having never had comprehensive conservation treatment since it was acquired in 1872. At 256cm by 325cm, the ­painting was too large for the conservation studio until a museum refurbishment in 2017.

By that time, “tension on the lower part of the painting” had caused cracking in fillings applied during past restoration, while a layer of varnish dating to the 1960s “had become blanched and chalky”, Canavan says. Funding from Bank of America’s 2018 Art Conservation Project was “200% crucial” to fast-tracking the overdue treatment, she says. The museum used the grant to hire another conservator, Letizia Marcattili, to work on the painting from June of this year until December 2020.

Detail of the row of female attendants from the digital infrared reflectogram Photo: © National Gallery of Ireland

Preliminary infrared imaging conducted with a high-resolution Osiris camera has already revealed “many significant changes to the composition that we had no idea were there”, Canavan says. Fontana reworked the background landscape and architecture, shifted the angle of Solomon’s head and made the figures of the queen’s ladies-in-waiting taller “at quite an advanced stage”, she says, suggesting there could have been “some intervention by the person who commissioned the painting”.

According to Aoife Brady, the gallery’s curator of Spanish and Italian art, “the painting’s early provenance and the nature of its patronage are unknown, adding to the mystery of the scene”. But the conservation studio’s discoveries have prompted “a mission to identify the women depicted as the queen’s attendants”, based on comparisons with Fontana’s female portraits in other collections. Brady also plans to consult court archives in Bologna, Fontana’s hometown, for records of the real-life event believed to have inspired the work: the journey of the Dukes of Mantua to the wedding of Maria de’ Medici (Eleonora’s sister) and Henry IV of France.

Meanwhile, X-ray fluorescence and scanning electron microscopy (in collaboration with the Centre for Microscopy and Analysis at Trinity College) will help determine the pigments Fontana used. Come next spring, gallery visitors will be able to watch through the conservation studio’s window as the canvas is finally cleaned and prepared for display again.

Canavan hopes the project—and a forthcoming publication—will provide the first deep dive into ­Fontana’s materials and techniques, which have been scantily documented compared with those of her male counterparts. “We want to make sure the painting is stable and shown in the best light possible, but the other strand of the project is to elevate Lavinia to where we think she should be and to show that her abilities were as good—if not better—than some of her peers’.”