Painting looted from Hitler to be auctioned in Cologne 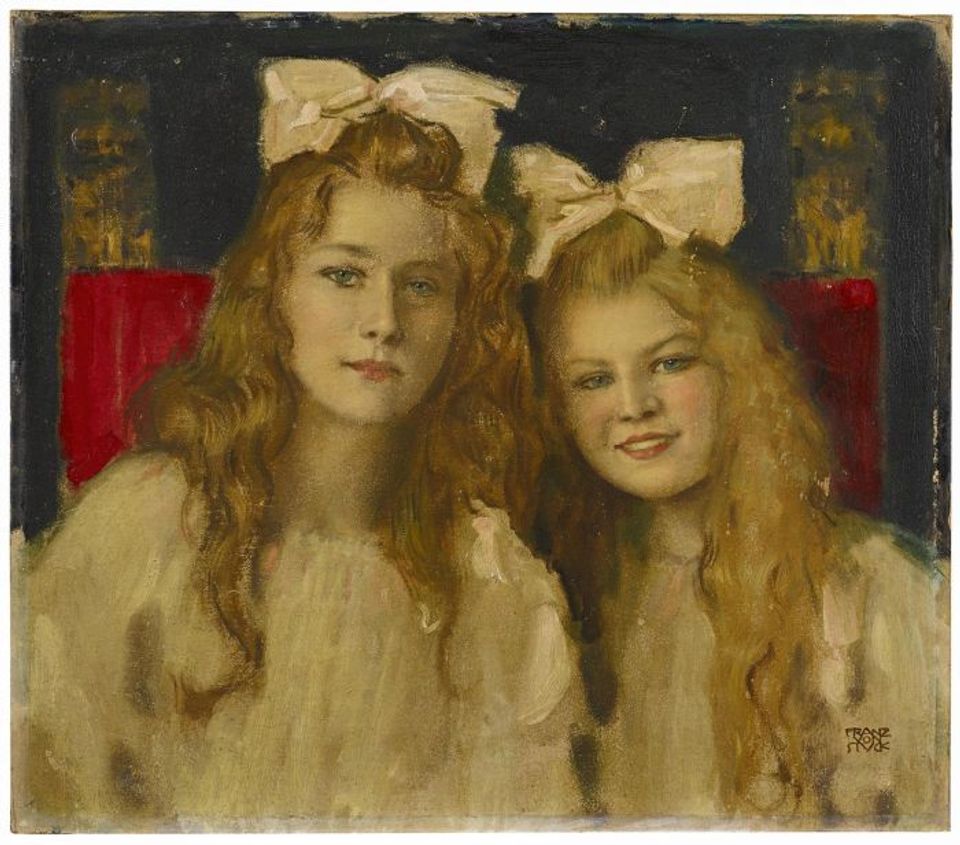 The Cologne auction house Van Ham is planning to sell a painting by Franz von Stuck that was looted from the Nazi headquarters in Munich on the night Adolf Hitler shot himself in his bunker in Berlin.

The portrait of two young girls was among the art earmarked for Hitler’s planned Führermuseum in Linz, a project that never came to fruition. In an irony of history, the Nazi art looters who had assembled the collection suffered plunder themselves at the hands of the people of Munich in the chaotic final weeks of the Second World War.

The Linz art was stored in the Führerbau in Munich, Hitler’s party headquarters, for safekeeping during the war. On 30 April 1945, SS guards protecting the building had fled. Crowds stormed the Führerbau, and after first looting food, liquor and furniture, they turned to the air-raid cellar and stole as many as 650 paintings—including the portrait by Stuck.

With an estimated price of between €20,000 and €30,000, the portrait is now on offer in Van Ham’s Old Masters auction on 17 November. The only provenance listed in the catalogue is a Cologne private collection. But the painting is registered on the Berlin-based German Historical Museum’s database of art acquired by the Linz Special Commission.

“We deliberately didn’t give the full provenance,” says Markus Eisenbeis, the managing director and owner of Van Ham. “I don’t want to attract a kind of public that is interested because of its provenance.”

Legally, the painting is still the property of the German government as the successor to the Nazi regime. Eisenbeis said he checked with the government to ensure it had no plans to claim the work. Van Ham also sought more information from the Villa Stuck museum in Munich, which manages the artist’s legacy, and with the Zentralinstitut für Kunstgeschichte (Central Institute for Art History) in Munich, which is researching the fate of the art stolen from the Führerbau in 1945.

The German government’s Federal Office for Central Services and Unresolved Property Issues (BADV) confirmed that it has no plans to claim the painting. “After examining the legal situation, we do not think a claim can be enforced,” says Jacqueline Bessé, a press spokeswoman. “This is however a one-off decision; it does not cast any doubt on the basic principle that the property of the Third Reich became the property of the federal government.”

Efforts by the Monuments Men to recover the art stolen from the Führerbau in the immediate aftermath of the plunder were largely unsuccessful. Appeals to citizens of Munich to return paintings met with limited success. A maid had buried some artworks in a potato patch; these were uncovered. “It’s a pity that Army regulations at that time did not permit the use of rewards in the form of food and cigarettes,” Monuments Man Edgar Breitenbach wrote years later. “This would almost certainly have been instrumental in recovering significant parts of the stolen collection.”

Around 400 of the stolen works are still missing. Stephan Klingen at the Zentralinstitut für Kunstgeschichte says the research project has traced about 22 of them. Many had been looted from Jewish owners before they were acquired by the Linz Special Commission.

The German Historical Museum’s database records that the Stuck portrait was acquired from Walter Schnabel of Wiesbaden in 1944. According to Bessé, Schnabel was not Jewish.

But Van Ham’s provenance research did not turn up any information about the painting’s previous owners, so it cannot rule out that the portrait was looted from a Jewish family during the Third Reich.

“My view is that the government should intervene and purchase the painting at a moderate price, then do the provenance research,” Klingen says. “They shouldn’t just act as though it has nothing to do with them.”