The Palestinian artist Khaled Jarrar has installed a work in Juarez, Mexico, which he says is a “monument to the global issue of migration”. The Ramallah-based artist says the idea for the piece was prompted by the US Republican Party’s hardline stance on immigration—especially presidential candidate Donald Trump’s proposal to build a wall on the US border with Mexico.

Jarrar’s new work, christened Khaled’s Ladder by the local community, incorporates parts of the fence built by the US government on the Mexico-Texas border. “I travelled to Mexico just days before the Pope’s visit and created a ladder from pieces of the US-Mexico separation wall, as a bridge between two peoples and a snub to Mr Trump, who doesn’t believe in bridges, only walls,” he says.

Trump won the South Carolina primary last week, boosting his chances of securing the Republican nomination for the US presidency. On his website, the controversial property mogul says, “a nation without borders is not a nation. There must be a wall across the southern border.”

Since 27 January, Jarrar has been travelling on the Culturunners bus, a 34ft recreational vehicle (RV) which has covered more than 13,000 miles and 24 US states so far in the course of a three-year tour connecting artists across the Middle East, Europe and the US. The cross-country journey began at the Rothko Chapel in Houston in September 2014.

“Khaled is an artist not afraid to tell powerful stories direct from the frontline of contested communities,” says Stephen Stapleton, the co-founder of Culturunners. Jarrar’s border monument is part of a larger project called No Man’s Land focusing on the politics of border control. The artist has so far presented talks and pop-up events in San Diego and Tijuana.

“Next month, the Culturunners RV will arrive in Washington, DC, where we hope to park it in front of the Capitol building,” Stapleton says. The team will host events to coincide with the first solo exhibition in the US of the Saudi artist and Edge of Arabia co-founder Ahmed Mater, which will be held at the Smithsonian Institution’s Arthur M. Sackler Gallery (19 March-18 September).

Mater's first solo show in the US is presented in collaboration with Culturunners. The exhibition is backed by Art Jameel, the cultural arm of the Abdul Latif Jameel Group, a Saudi Arabia-based conglomerate.

In July 2014, Jarrar was due to attend the opening of the group show, Here and Elsewh ere, at the New Museum in New York, but was stopped by Israeli authorities at the crossing into Jordan and told he would not be permitted to travel, for "security reasons". He later took part in a panel discussion at the museum via Skype.

A former member of the Palestinian Presidential Guard, Jarrar went on to study photography. His works, which include sculptures of everyday objects made out of reconstituted concrete chipped from the West Bank barrier, documentary film and photography, often refer to the psychological and physical realities of living in the shadow of the wall. 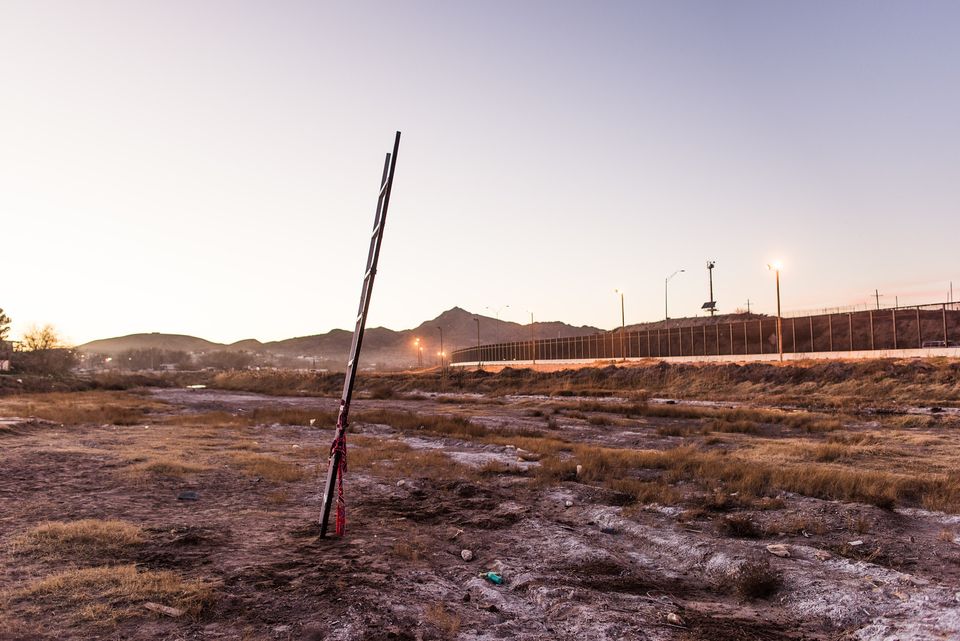