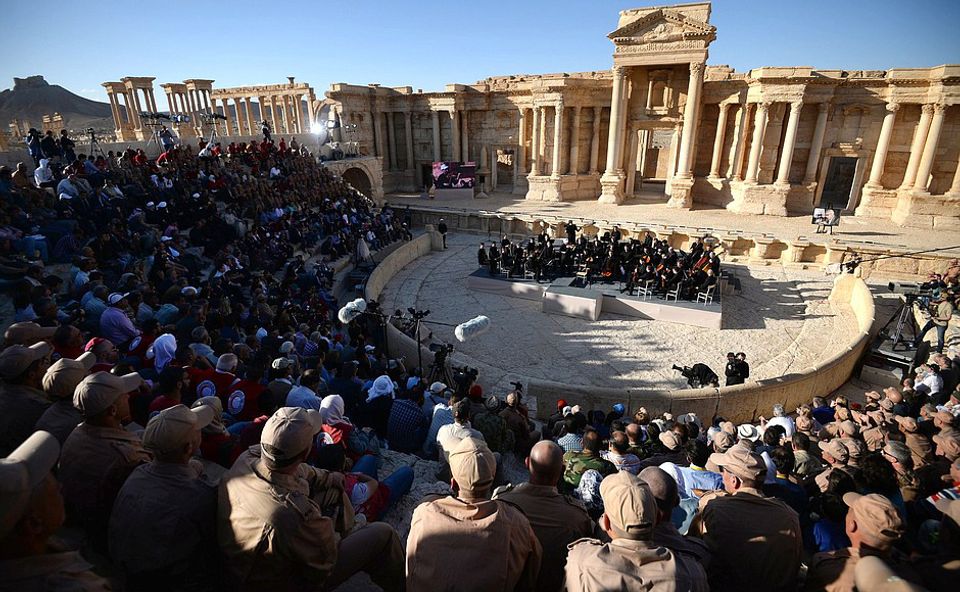 The ancient city of Palmyra in Homs, Syria, which was severely damaged by the extremist group Isis, is set to have its artefacts restored and be ready for tourism next summer, Syrian government says.

“The authorities now have a project to repair all the damage caused to Palmyra's Old City,” say the Homs' provincial governor Talal Barazi in an article published by the Russian state media agency Sputnik News. “There are also good offers from the world powers to restore the artefacts and historical value of Palmyra. I suppose that Palmyra will be completely ready for receiving tourists by summer 2019.” Referring to the historical significance of Palmyra, Barazi added, “this is the world history and it belongs not only to Syria”.

Palmyra, which was part of the Roman empire and is a Unesco World Heritage site, had its Temple of Bel, Temple of Baalshamin, Arch of Triumph and columns in the Valley of the Tombs all destroyed by Isis in 2015. After being temporarily taken back by Syrian President Bashar Al Assad's army in March 2016, the terrorist group recaptured the city in the following December and inflicted further damage. Since Syrian and Russian forces seized control of Palmyra last March, Russian engineers have cleared it of mines.

The cost of damage caused to Homs is estimated to be “$2bn so far”. Talal Barazi, Homs' provincial governor

In January 2017, Unesco's director general Irina Bokova described the destruction of the Tetrapylon and the facade of the Roman Theatre in Palmyra as a “war crime” and a “blow against cultural heritage”.

Barazi went on to say that restoration of the historic centre of Homs, which was also destroyed by Isis militants, would begin later this year and that the Syrian government has “made all the necessary arrangements” for this to happen. The restoration of the 2,000-year old Homs central market, which began three years ago, should be completed in May 2019. Barazi has estimated that the cost of damage caused to Homs (including public institutions, housing, hospitals and schools) to be “$2bn so far”.