The social media giant has argued for dismissal, saying the plaintiff should have sued its European web host 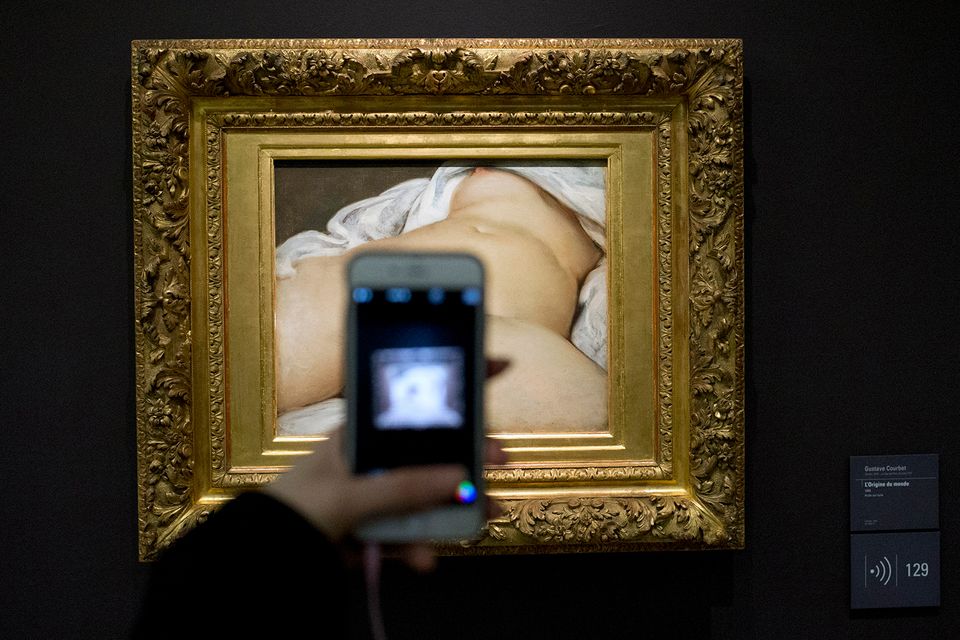 A visitor takes a picture of Gustave Courbet's Origin of the World (1866) at the Musée d'Orsay, in Paris AP Photo/Francois Mori

The question of Facebook’s power to limit users’ freedom of expression is at the heart of a years-long legal battle that is now being heard by a court in Paris, with arguments starting yesterday (1 February). In 2011, a French teacher sued the social media giant for closing his account after he posted a photograph of Gustave Courbet’s 1866 painting L’Origine du monde (Origin of the World), a realistic depiction of a woman’s genitals.

The plaintiff, the primary schoolteacher Frédéric Durand-Baïssas, is charging Facebook with censorship and seeking €20,000 in damages—due to his loss of hundreds of Facebook “friend” contacts and previous posts—as well as the re-activation of his account and an explanation of why it was closed. The day of the hearing—which he did not attend— Durand-Baïssas told the Associated Press: “Calling Courbet a pornographer… is to call me a pornographer.”

Defence lawyers argued in court that the plaintiff had not given evidence that the posting of the painting led to the closure of his account. Stéphane Cottineau, Durand-Baïssas’s lawyer, said that the company “is shunning any debate on freedom of expression and censorship”, using “legal quibbles”.

“This is a mere case of contractual termination. There is no violation of freedom of speech here,” said the defence’s lawyer Caroline Lyannaz. Facebook’s lawyers called for the dismissal of the lawsuit, saying that Durand-Baïssas should have sued the web host for Facebook in France, rather than the California-based parent company.

When Durand-Baïssas first sued Facebook for censorship in 2011, the company argued that it was only subject to the law in California, where it is based. A Paris court of appeals ruled in February 2016 that Facebook could be sued in France.

During the 1 February hearing, Facebook also said that Durand-Baïssas had violated its rules by using a pseudonym for the account (and another he opened shortly after it was suspended, which is still active), which the teacher said he did to retain his privacy because of his job.

In 2015, Facebook changed its policy on nudity (declining to state whether it was linked to the lawsuit) and its standards page now says: “We also allow photographs of paintings, sculptures, and other art that depicts nude figures.” Facebook’s lawyers told the court that Durand-Baïssas was able to post photographs of L’origine du monde on his second Facebook account.

On leaving the court, Cottineau said: “Where does art begin and where does pornography end? That is an interesting debate to have—but Facebook refuses to have it.”

A ruling by the court is expected on 15 March.