Artists such as Cindy Sherman, Glenn Ligon, Jimmie Durham, and Annette Messager have donated works to a special exhibition and auction in aid of non-governmental organisations (NGOs) that assist refugees arriving in France. The show, We Dream Under the Same Sky, is due to open at the Palais de Tokyo in Paris this autumn (16-21 September); the works will be sold 27 September at the Azzedine Alaïa gallery in a sale organised by Christie’s.

The French designer Martin Szekely has contributed a piece, entitled Artefact Side Tables (Paire, 2013), made of quartzite and gold-plated stainless steel. He expressed his solidarity for “our human brothers who are destitute and exhausted”, adding that: “How could I not but think of my parents who fled Hungary 70 years ago to the country [France] where I now live.” 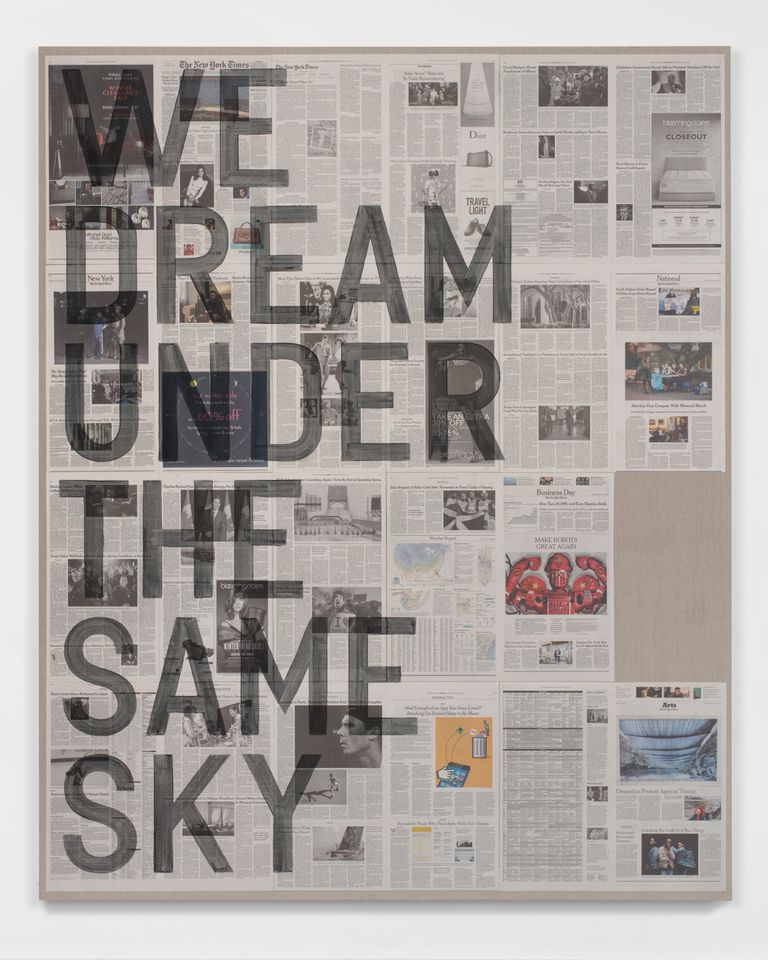 The Palais de Tokyo show will include screenings, performances and discussions highlighting the NGOs including La Cimade, which helps migrants access health and accommodation services, and Thot, a French language school for refugees.

The honorary committee backing the event includes high-profile names such as the actress Catherine Deneuve, the Swiss art patron Maja Hoffmann, the billionaire French collector François Pinault and Hans Ulrich Obirst, the artistic director of the Serpentine Galleries in London.