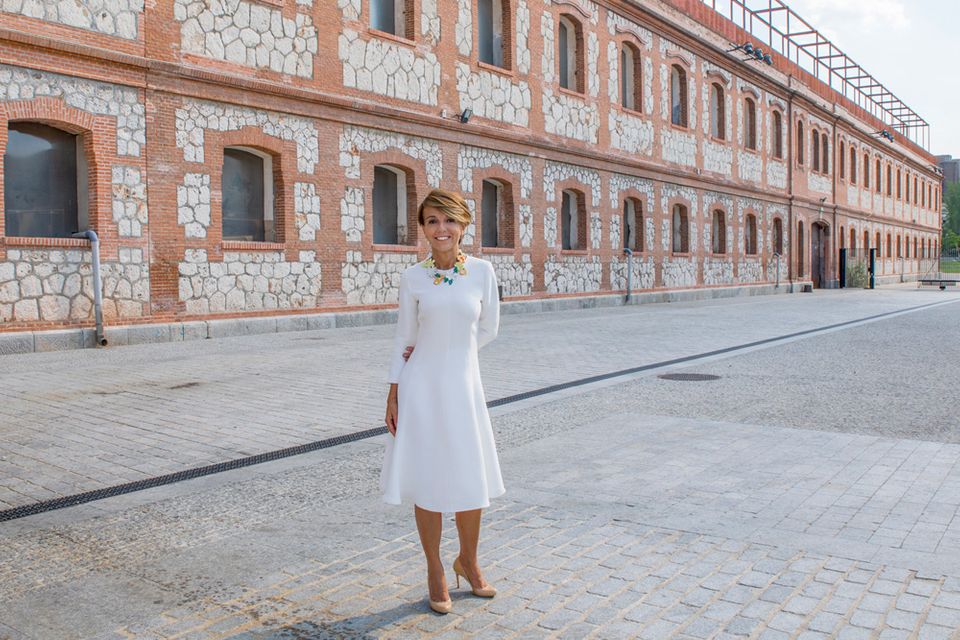 The Ghanian British architect David Adjaye and the Spanish architect Arturo Franco are together designing the new 6,300 sq. m, gallery space, which is double the size of the foundation’s Centre for Contemporary Art in Turin. The city of Madrid has agreed to lease the building for 50 years in exchange for the long-term loan of 100 works from Sandretto Re Rebaudengo's collection. The foundation is footing all refurbishment and running costs.

Speaking at a press briefing today, 25 September, Sandretto Re Rebaudengo said she settled on Madrid after looking at London, Berlin and Lisbon because she considers Spain her “second homeland” and because of the Spanish capital’s links to Latin America and its burgeoning art scene. There has been an influx of Latin American collectors to the city over the past few years, since the Spanish government began to offer residency visas to foreign buyers who spend €500,000 or more on properties.

As in Italy, Sandretto Re Rebaudengo will offer residencies to curators who will organise exhibitions after travelling throughout Spain to meet local artists. Her wide-ranging collection is particularly strong in British, Italian and American artists, but Sandretto Re Rebaudengo says she plans to increase her holdings of Spanish artists. The Madrid foundation will also run workshops for schoolchildren and people with special needs, among others.

Sandretto Re Rebaudengo stressed the foundation would not only invite artists to exhibit but would also “finance and produce new works”. She added: “We want to create a dialogue with the social and cultural fabric of Madrid.”

Manuela Carmena Castrillo, the mayor of Madrid, likened the arrival of the Fundación Sandretto Re Rebaudengo Madrid to that of the Guggenheim in Bilbao. “Everybody has the right to enjoy art,” she said. “That's why we have to open our doors to collectors.”

Carlota Alvarez Basso, the director of the Matadero, said exhibiting the collection will boost the profile of the sprawling complex, a former slaughterhouse in the Arguanzuela district. “This is a unique opportunity; the Sandretto Re Rebaudengo collection does not belong to any other institution in Spain,” she said.

The local dealer Inés López-Quesada, who also has a gallery in Mexico, described the Matadero as Madrid’s answer to PS1 in New York. “It’s a place that hosts cutting edge performances and theatre,” she said. In total, ten organisations–some public, some private–occupy the 165,415 sq. m arts hub. They include an artist residency space and a design centre.

Welcoming the launch of the Fundación Sandretto Re Rebaudengo Madrid, López-Quesada said momentum has been building in the city since the British architect Norman Foster opened his foundation there earlier this year. “It feels like an exciting time for art in Madrid, and the opening of Patrizia’s foundation is a fantastic boost for the scene,” she said.