Amid the turmoil of the pandemic and the recent elections, US institutions with Tibetan Buddhist holdings respond with mindfulness events 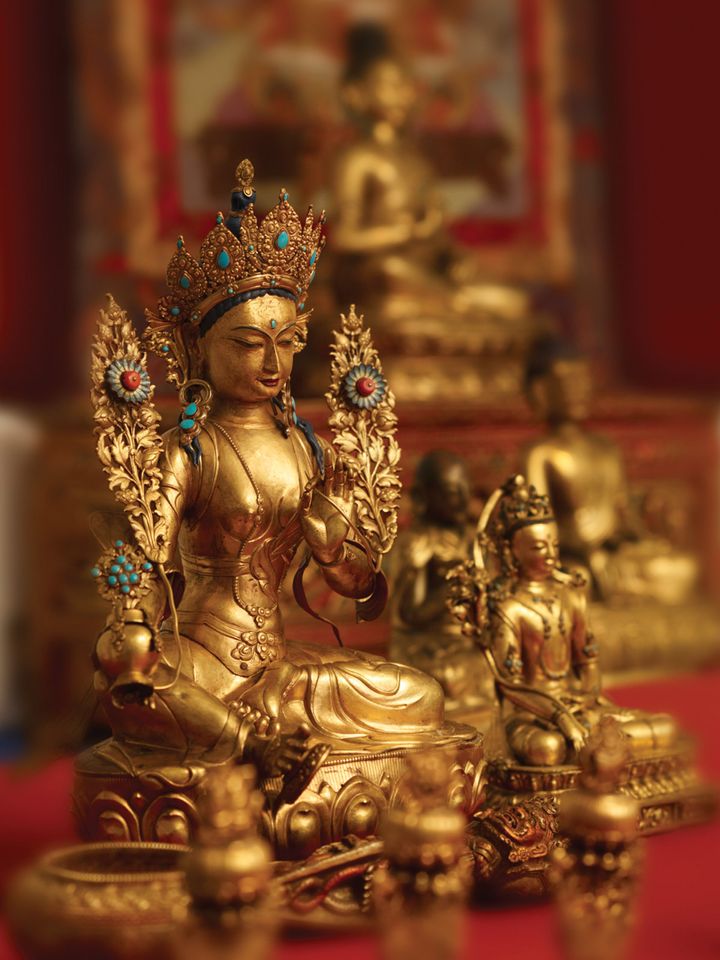 The National Museum of Asian Art has created an app that enables visitors to explore its Tibetan Buddhist Shrine Room Courtesy of the Freer Gallery of Art and Arthur M. Sackler Gallery

Galvanised by the popularity of its online Tibetan Buddhist Shrine Room and meditation podcasts amid the Covid-19 pandemic, the Rubin Museum of Art in New York has cleared out its third-floor galleries to make way for an interactive Mandala Lab that invites visitors on a social and emotional journey to self-awareness.

The $1m project, which is expected to open in autumn 2021 and cater to families and school groups, is echoed by a variety of offerings at US museums with Himalayan art holdings that have struck a chord among people suffering from anxieties related to the coronavirus or to the US elections. From the Rubin to the Smithsonian’s National Museum of Asian Art (comprising the Freer Gallery of Art and Arthur M. Sackler Gallery) in Washington, DC, to the Asian Art Museum in San Francisco, such institutions see it as part of their mission to offer solace at a fraught time.

“Our society is struggling right now,” says Jorrit Britschgi, the Rubin’s executive director. “We are navigating a pandemic, we are grappling with a climate crisis, and we are confronting longstanding inequities and deep divisions in our society. With the Mandala Lab, our hope is to empower us to face these challenges.”

The 2,700 sq. ft Mandala Lab will draw on the symbolism of a Tibetan Buddhist mandala, with four quadrants representing the four points of the compass. Each quadrant will offer an activity that encourages visitors to recognise an emotional state within themselves that is difficult to control, such as anger in the East space—while beating a gong and dipping it into water—and ultimately convert it into an abiding self-awareness in a central chamber with a mandala.

Contemporary artists working in a range of media are being commissioned to create works that are informed by the mandala for the new space, which is at once a floor plan of a divine palace, a chart of the cosmos and an inner image of the mind. Other artists will be individually asked to create a scent for the lab and then write a story about what they associate with the odour. Visitors will then contribute their own responses.

“The recent US presidential election and the last four years have shown us how divided we are as a country, and how much fear can steer us to misunderstandings and a lack of empathy,” says Tim McHenry, the chief programmatic officer and deputy executive director of the Rubin. “We’re all feeling heightened emotions. Grounded in the art and teachings from our collection, the Mandala Lab will be a place where visitors can start to understand some of these negative emotions, so that they can manage them, or convert them into wisdom.”

The lab displaces the permanent collection exhibition Masterworks of Himalayan Art, which will move to the museum’s fifth floor.

In efforts to foster contemplation, especially during its six-month closure amid the coronavirus pandemic, the Rubin has also offered online tours and a YouTube video of the museum’s Tibetan Buddhist Shrine Room, a contemplative haven with ritual objects illuminated by flickering lamps and a soundtrack of chanting by monks and nuns. And its free weekly online “mindfulness meditation” sessions, which replaced on-site events at the museum, have attracted a dedicated contingent that endures.

Podcasts replicating the online sessions are attracting an average of 9,300 listeners per episode, the museum says.

McHenry says the idea for converting the third floor into a space for “social and emotional learning” originated in early 2019, before the pandemic took hold. The mandala concept was developed in April, about a month into lockdown, he adds. “In the isolation of Covid, things occur to one that might not occur to one in running the museum day to day,” he says.

“It evolved from what we needed for society, and Covid, of course, has just exacerbated the fractures,” McHenry says. “Covid has highlighted a need for all of us to better navigate our world, and ourselves within this world.”

“And the repercussions will not be over when we have a vaccine,” he adds. “These building blocks are to help people manage the uncertainties for months to come.” 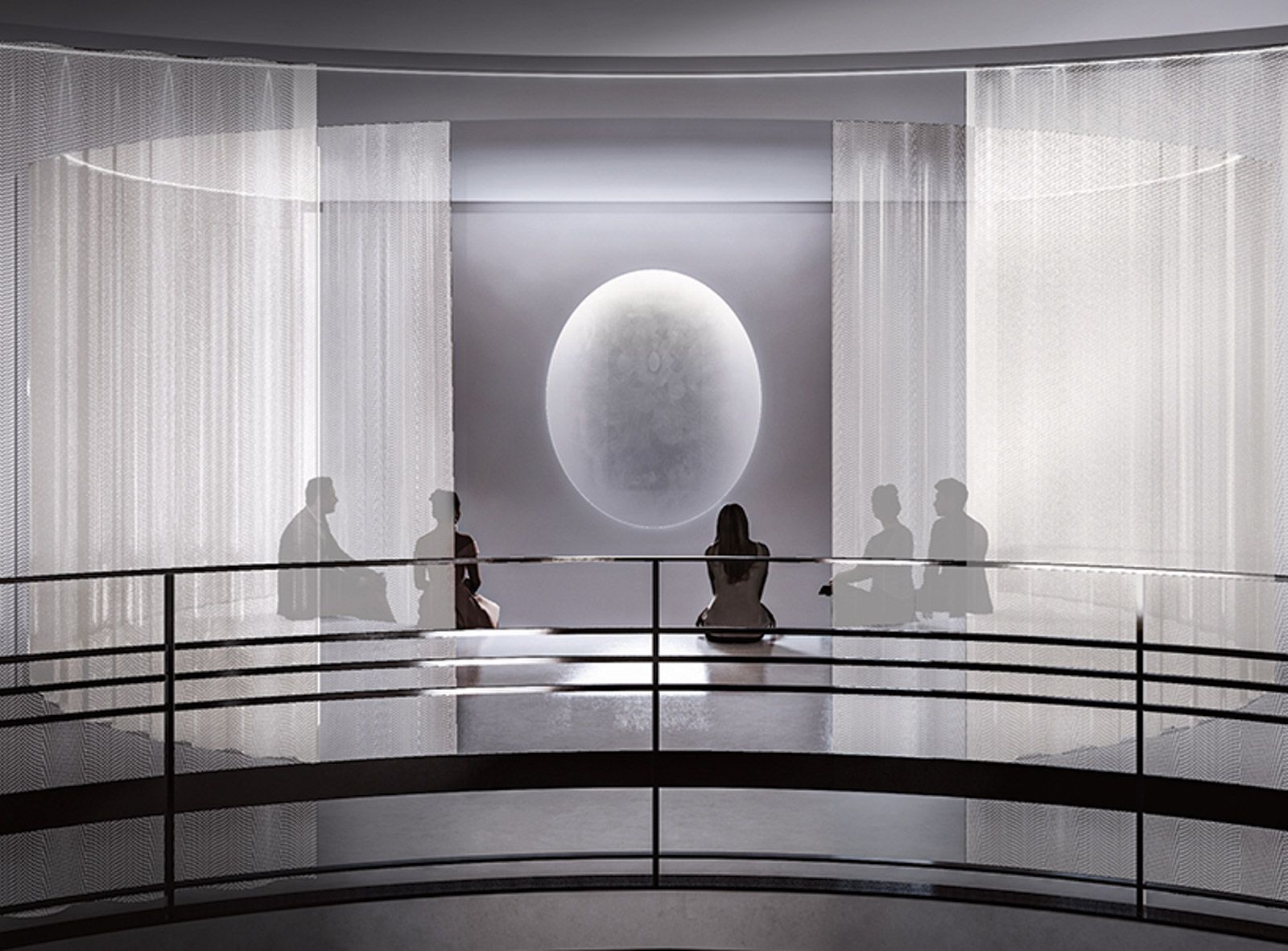 A rendering of part of the Rubin’s planned Mandala Lab, which creates an ethereal atmosphere through mesh partitions that resemble cascading light Peterson Rich Office/Rubin Museum of Art

Meanwhile, the Asian Art Museum in San Francisco, which reopened on 3 October after a hiatus of more than six months, has just presented the exhibition Awaken: a Tibetan Buddhist Journey Toward Enlightenment, which also highlights a path towards self-knowledge. The show, encompassing more than 100 Himalayan Buddhist paintings, sculptures and textiles, originated at the Virginia Museum of Fine Arts in Richmond, and travels next to the Rubin in a compressed form in March.

Alluding to Covid-19 and the election, Jeffrey Durham, associate curator of Himalayan art at the museum, says of the museum, “It’s a very safe harbour for our minds in a dangerous time.” A healing place allows for “connections across cultures and value systems, overcoming what in Buddhist thought are the ultimately illusory negative forces of division and strife, such as we so often see in our political affairs”, he adds.

With visitor numbers greatly reduced at the Asian Art Museum because of Covid concerns since reopening, Durham says “the intellectual foment doesn’t get whipped up as much as I prefer” in the galleries. “That’s going to take more people coming to the museum. So in the meantime I want to do digital engagement.”

The museum has posted online videos exploring the Awaken exhibition, including a walk-through with a docent. The institution is also offering monthly online meditation sessions through the San Francisco Zen Center that sell out regularly.

The National Museum of Asian Art has seen its virtual audience expand in response to Covid and US political tensions, according to Grace Murray, the museum’s head of public programmes.

A museum app explores its Tibetan Buddhist Shrine Room, part of the currently shuttered exhibition Encountering the Buddha: Art and Practice Across Asia. “People talk about it as a transformative thing,” says Debra Diamond, the curator of South and Southeast Asian art. “People want these experiences now. These are the most stressful times we’ve ever lived through.”

The museum also offers online meditation sessions three times a week on Zoom. “We had an especially large number of people joining the sessions during the week of the election, which reflects the general atmosphere of anxiety that many are feeling,” Murray says. “This programme provides a space for our audiences to unwind and decompress while also feeling connected to others.” 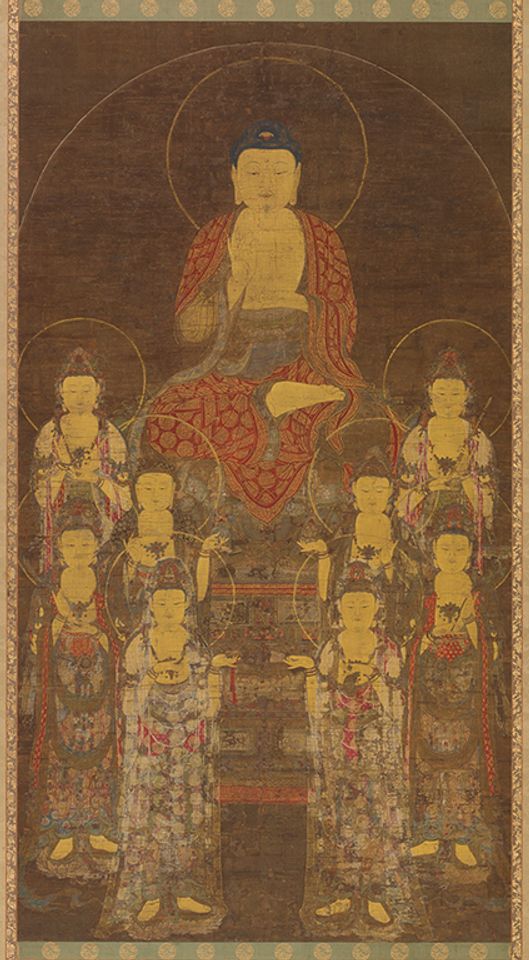 A recent Friday session focused on a 14th-century hanging scroll from Korea depicting a buddha and eight bodhisattvas. Invoking the scroll as an image of paradise, the teacher, Aparna Sadananda, urged participants to focus on elements like the buddha’s and bodhisattvas’ robes. “When you find yourselves lost in the painting, take a deep breath and notice the detail work,” she urged participants.

Murray reports that the museum has seen its audience shift since the pandemic took hold from Washington-area locals to a far-flung international array of visitors seeking tranquillity, and that participants increased from around 30 or 40 to between 150 and 175 per session.

“With Covid symptoms,” Murray says, “‘breath of life’ takes on a new meaning.”