“Little mer-sausage”, part of the Icelandic capital’s Cycle festival of music and art, has divided opinion 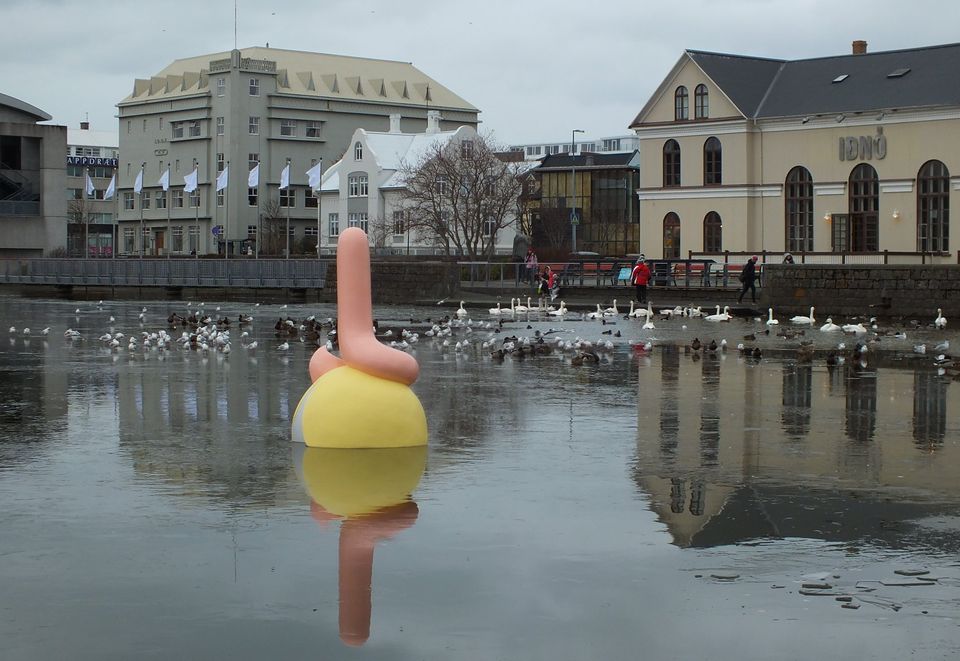 Steinunn Gunnlaugsdóttir's Mer-Sausage’ sits on Lake Tjörnin in the centre of Reykjavik, Iceland Courtesy of Cycle Festival of Music

A phallic “little mer-sausage” has been installed in the centre of Reykjavik, Iceland. Litla Hafpulsan (2018), a large pink sculpture resembling a hot dog sausage with an elegant fish’s tail, was erected as part of the city’s Cycle festival of music and art. Situated on Lake Tjörnin in the centre of the Icelandic capital, the work was created by the Icelandic artist Steinunn Gunnlaugsdóttir as a response to the centenary of the country’s independence from Denmark.

“When I was invited to participate in Cycle and part of it had an emphasis on the centenary of Iceland’s Sovereignty, the sausage immediately sprang to mind,” the artist explained. “The hot dog is the national dish of Iceland.”

Litla Hafpulsan is placed in dialogue with a version of The Little Mermaid by Nína Sæmundsson, a replica of a statue given to the city by the former colonial ruler in the 1940s. The original was blown up in an unsolved act of vandalism on 1 January 1960.

“The idea comes from a project of mine called Democracy is a Hotdog,” Gunnlaugsdóttir says. “I work with it as a metaphor for democracy in an ongoing satirical work about elections.”

While the work was revealed to cheers and giggles from art lovers present on the evening of 26 October, it has also attracted some criticism; the hotdog bears an undeniable resemblance to male anatomy and has drawn some negative reactions from locals who took to social media.

On the city’s Facebook page Jennifer Ása wrote “Come on, seriously? Please tell me that this isn’t a permanent installation. That’s sacred space where it is currently located and should be treated as such.” Friðjón Valtýr suggested that the work “looks like a more giant worm on top of an egg than art”. Meanwhile, the photographer Eva Björk took to Twitter to compare the work to Patrick from the popular cartoon SpongeBob SquarePants.

“People either want it to be removed immediately, or they want it to stay there forever,” Gunnlaugsdóttir says.

Gudný Gudmundsdóttir, the founder of Cycle, points out that because of the sculpture’s location in sight of Reykjavík’s city council and the Icelandic parliament, “one can say it is an erect reminder of Icelandic history and its post-colonial relations to Denmark. The work manifests the importance of art in public spaces and probes to what extent humour can inspire critical discussion.”