Phillips on an upswing with $111.2m 20th-century art sale

The hammer total was below estimate, but met the auction house’s modest expectations for “a contracted market”

Phillips rang in a fairly positive 20th-century art sale Wednesday night that garnered a hammer total of $97.1m, still below the low estimate of $100m but meeting the house’s modest expectations and backing up the performance of post-war painting seen at Christie’s the night before. 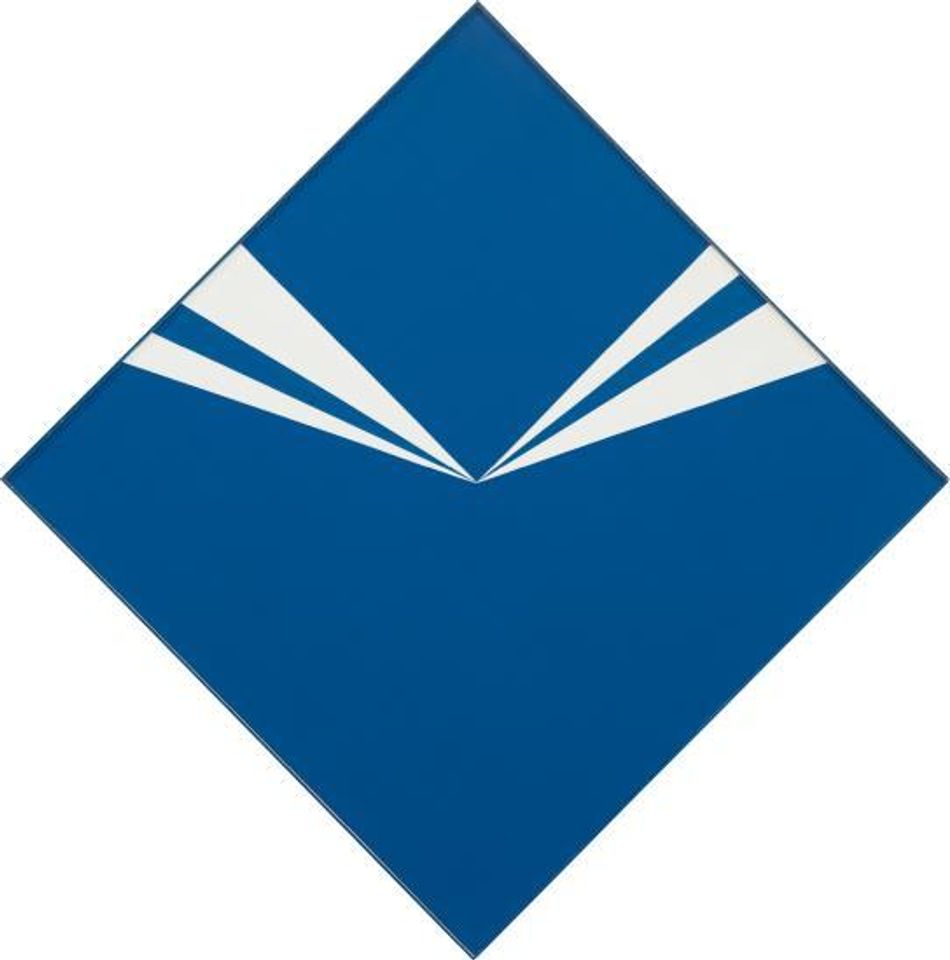 The sale was artistically impressive and kicked off with a strong, deeply hued work by Carmen Herrera, Cerulean (1965), that set a new record for the artist when it hammered for $800,000 ($970,000 with buyer’s fees), doubling the previous record set at the same sale last year. Above the phone bank, a black and red painting by Clyfford Still, Untitled (1948), threatened to drip over the frantic specialists taking the occasional bid. At the press conference after the sale, Phillips chief executive Ed Dolman correctly boasted that the house probably had the strongest Gerhard Richter work of the season, Dϋsenjäger (1963), a blurry memory painting of a fighter jet consigned by Microsoft co-founder Paul Allen.

As one of the top lots of the evening, the work promised to test the market for the genre-allergic artist, following the run on Richter’s squeegeed abstracts, but it hammered under estimate at $24m ($25.6m with fees), and the Still sold for $12m ($13.7m with fees), its low estimate. The mood in the room was sleepy and while only two lots were bought in, most had just one or two bidders. Another disappointment included Roy Lichtenstein’s Nudes in Mirror, an almost self-parodying 1994 piece featuring sexy cartoon women. That lot seemed to sell to Acquavella gallery, with three scions of the dealing family sitting in a skybox above the room. Auctioneer Henry Highley seemed to call a chandelier bid and they all leaned forward to see who it might be. Then Nicholas Acquavella picked up the phone, winning it for $19m ($21.5m with fees). 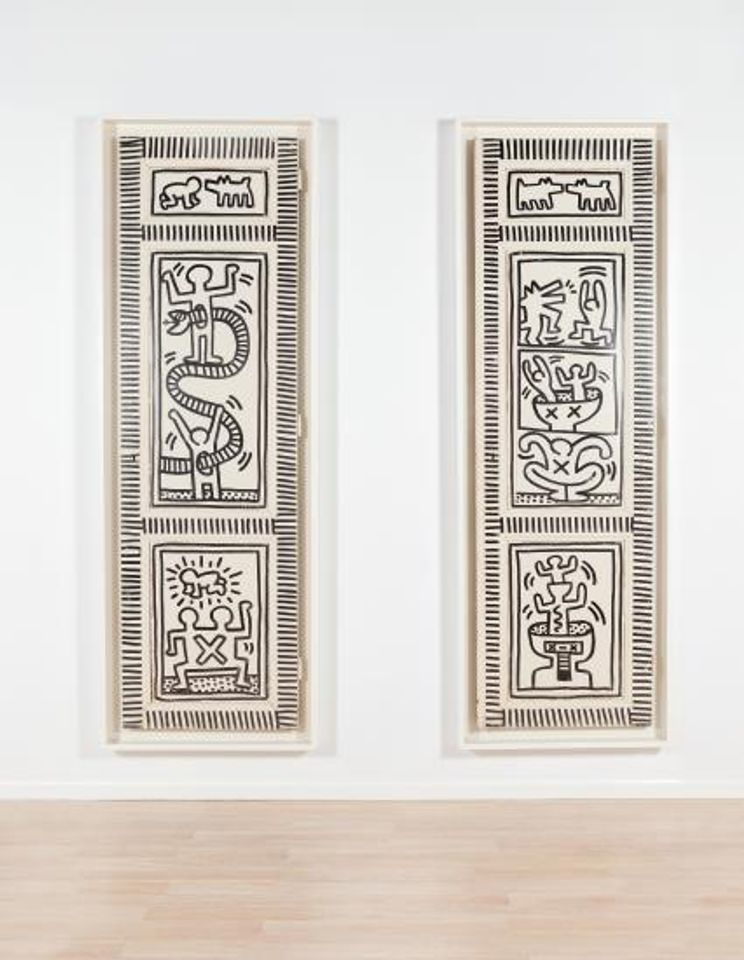 Keith Haring's Snake and Man; Dogs and Men (1983) was at the centre of a three-way battle between Jose Mugrabi, a bidder at the back of the room, and celebrity chef Bobby Flay. It hammered for $950,000 ($1.1m with fees)

Several lots met, if not exceeded, their estimates at the hammer but many had to work to get there. A 1983 two-panel work by Keith Haring, Snake and Man; Dogs and Men, saw the most interest in the room, with a three-way battle at the end by Jose Mugrabi, a bidder at the back of the room, and celebrity chef Bobby Flay. Over three long minutes, Highley eked bids out of them, accepting one of $10,000 from Mugrabi, until the work hammered for $950,000 ($1.1m with fees), below its low estimate. That painting was one of five from the collection of Tommy Hilfiger—the others were by Andy Warhol, Damien Hirst, Jean-Michel Basquiat, and Jean Dubuffet—representing a total of $6.6m in sales, plus premiums.

After the auction, Dolman pointed out, that Phillips was the “only ones that are up”, meaning that sales totals for Sotheby’s and Christie’s were bringing in lower numbers compared to previous years, whereas Phillips had managed to bring in $111.2m including fees, compared to last November’s $66.9m. “That’s a very significant bump in a market that has contracted,” Dolman said.

And there were deals to be had. “I didn’t even come here to buy Joe Bradley,” said a collector from the American Southwest, who asked not to be named and picked up the artist’s Frankenstein (2010) for a hammer price of $280,000 ($346,000 with fees), almost half its low estimate. Normally he collects Abstract Expressionism, “but then I saw the price and I said, ‘Wow!’ because I love Joe Bradley.”