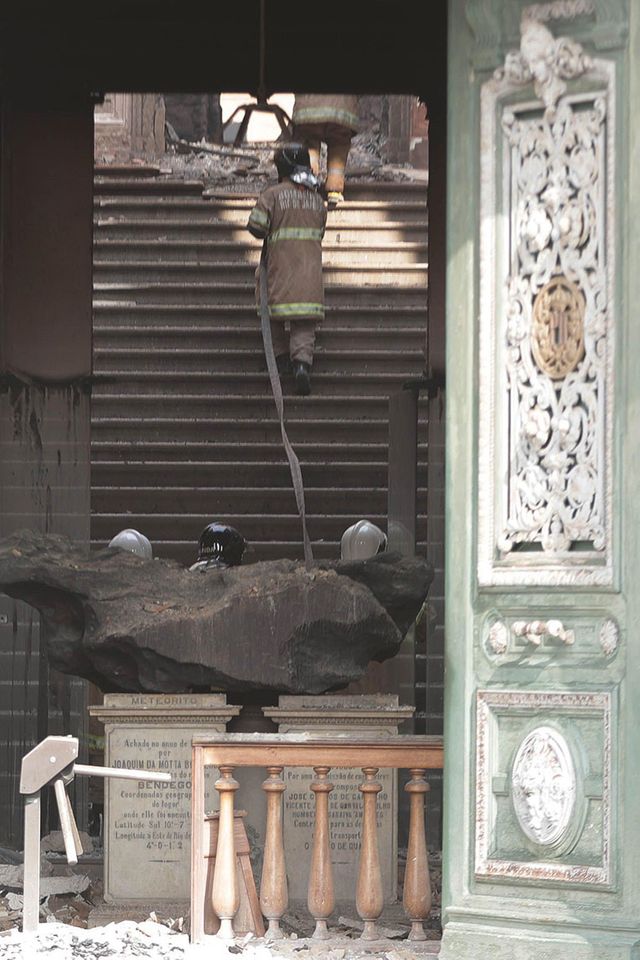 Brazil’s National Museum in Rio de Janeiro, which was gutted by a fire last year, plans to reopen a wing in 2022 for the bicentennial of Brazilian independence, says Denise Pires de Carvalho, the dean of the Federal University of Rio de Janeiro (UFRJ), which runs the institution.

The UFRJ needs to secure around $30m to complete this initial stage of the renovation and reopening. The 2,800 sq. m wing will probably exhibit objects that were salvaged from the museum’s collection of scientific and anthropological material—most of which was destroyed in the fire—along with international loans.

“The Louvre’s director [Jean-Luc Martinez] should visit the museum next year, when we will seek to deepen conversations around possible donations,” Carvalho says.

The cost of completely reconstructing the museum has been estimated at around $125m, with a more precise figure to be announced in the coming months. Most of the money will need to come from private donors and foreign partners, as the Brazilian government has so far released less than 2% of the $14m reconstruction budget, which was slashed last month to $11m by president Jair Bolsonaro. The museum had been severely underfunded for several years and had poor fire safeguards before its destruction last September in a fire caused by an overheated air conditioning unit.

The UFRJ has also received $3m in federal emergency funding that was released immediately after the fire, $1m from Unesco for project planning and management, and $5m from the Brazilian Development Bank. Meanwhile, foreign solidarity “has been very strong and there’s a commitment of [financial] support from various countries and institutions”, Carvalho says. She adds that the museum’s director, Alexander Kellner, is travelling abroad to drum up foreign support.