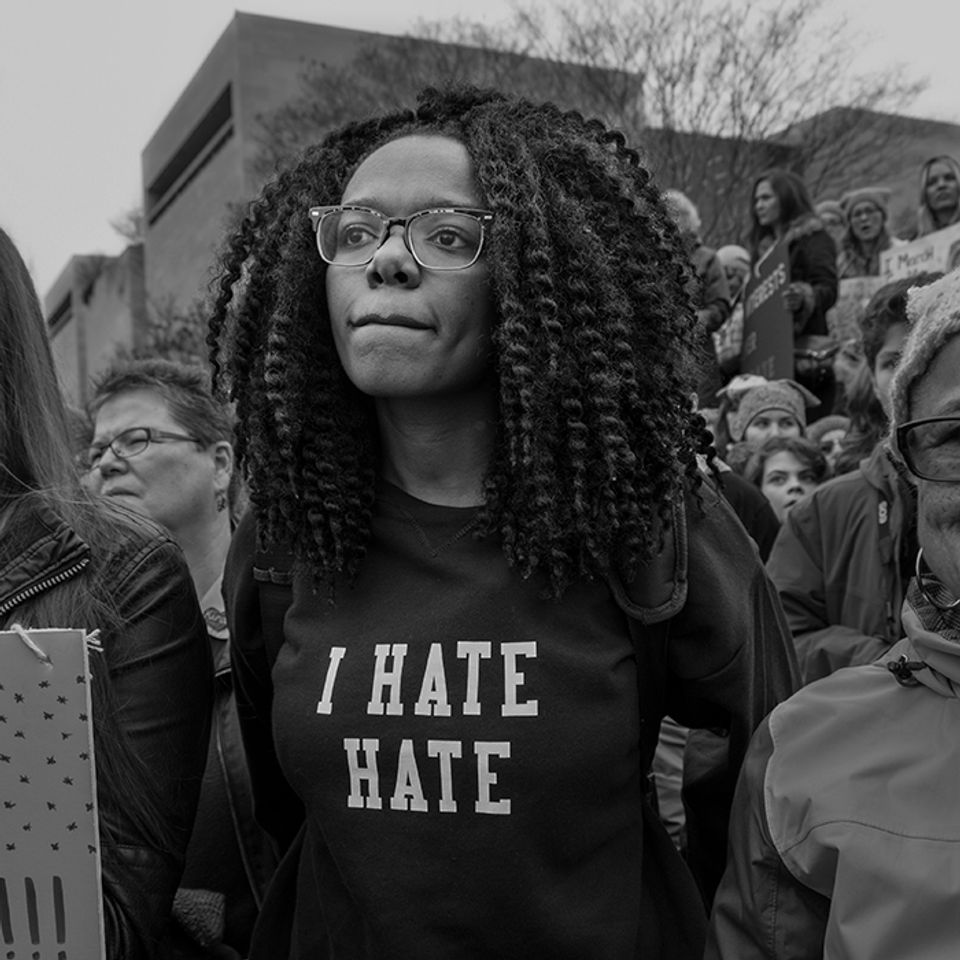 Larry Fink went to Washington, DC, last January to photograph the inaugural balls around the Trump administration for Vanity Fair—and ended up photographing the Women’s March, which drew more than 500,000 to the capital’s streets. Moved by the scenes of fierceness and unity, he collected 25 of his shots from the day in a monograph called The Outpour, published in August 2017.

“The women were magnificent”, Fink tells us. Immersed in the crowd, “there was no possible way to be just a photojournalist going about his job. I was in tears with the amount of hope and power and fear and incredulity that was evident.”

Fink, a veteran of 1960s protests, comes from a long line of leftists—his mother was a labour organiser and his sister a pro bono attorney for the uprising inmates at Attica—and his sly, socially focused oeuvre is imbued with the politics of empathy. “Every time you go out to photograph or every time you go out in the street, you react in a very simple but very complex way”, he says. “You can relate all the way back to the past and you can get related to the moment. I think you have to do both.” On 21 January last year, “getting good pictures wasn't the issue", he says. "It was to be able to generate the energy that these folks had and give it back to them in this book.” 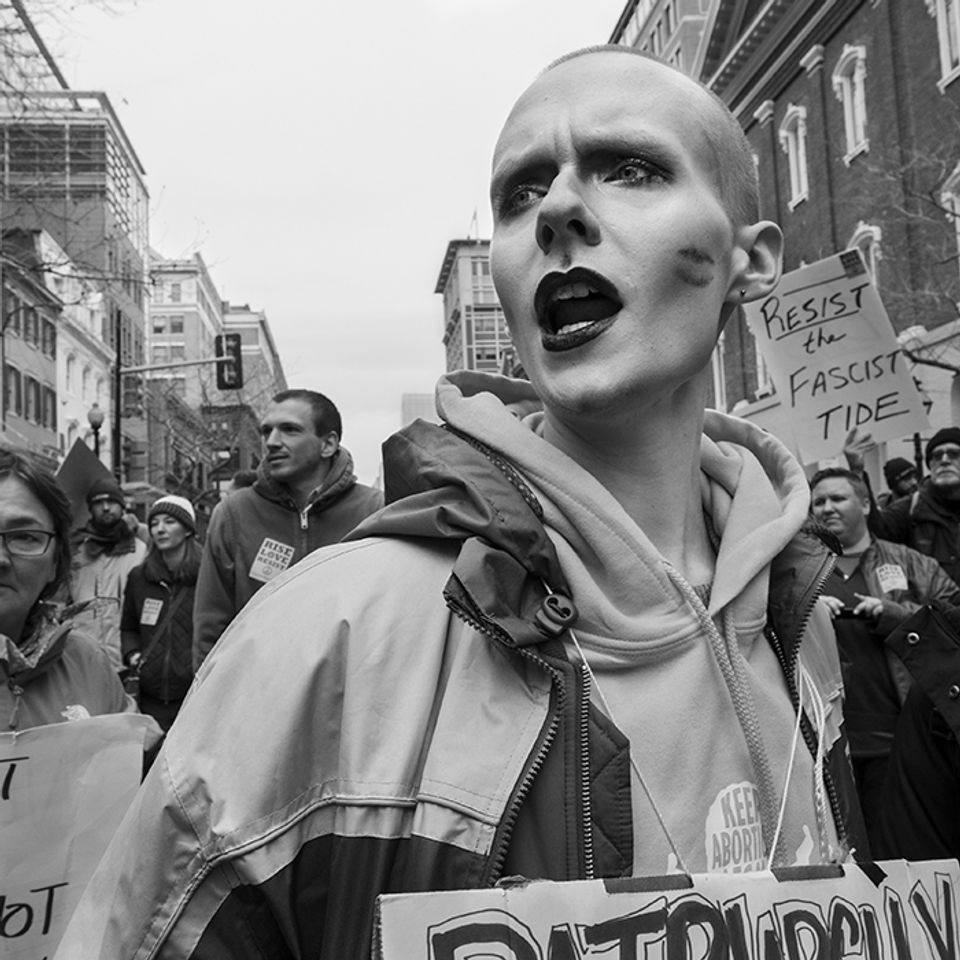 Not just metaphorically, but concretely: Fink has donated all the proceeds from The Outpour—about $13,000 so far—to Planned Parenthood of New York City. To mark the anniversary of the march, Steven Kasher Gallery is holding a fundraiser for the reproductive rights organisation on 19 January (7-9 pm, at 515 West 26th Street). The remaining 50 copies of the book—all signed—will be on offer for $25, with limited edition prints available for $150.

“I’m hoping that the book, the pictures of the women and the money that I’ve been able to earn [for the cause] just gives the world a bit more dignity,” Fink says.