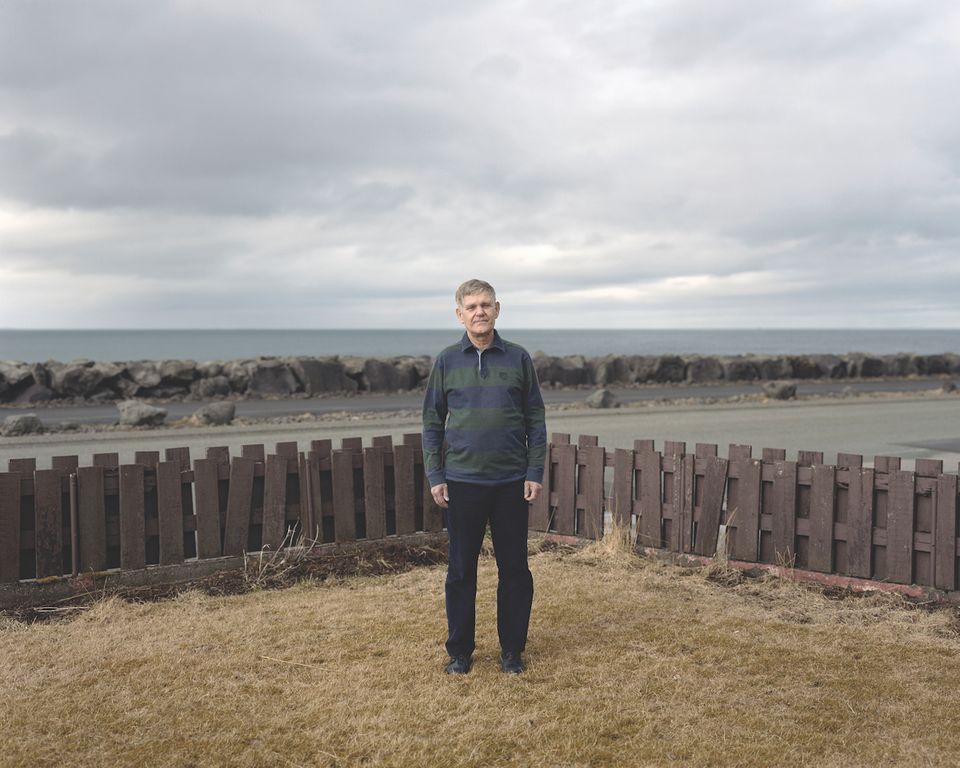 A murder case was reopened during an exhibition of “forensic photography” by the British photographer Jack Latham, which is coming to the Royal Photographic Society in Bristol this week.

The story began on a freezing winter’s night in 1974, in the sub-zero wilds of Iceland. Guðmundur Einarsson, 18, was last seen leaving a community hall in the hamlet of Hafnarfjörður to walk home, more than six miles away. Ten months later, Geirfinnur Einarsson, 32, received a phone call at home and drove to a harbour café in the small town of Keflavik. He left the keys in the ignition of his car and was never seen again.

Iceland is a country of around 300,000 people, many of whom know each other through strong community bonds. It is a bucolic, famously welcoming island where crime—and especially murder—are almost unheard of. The disappearance of the two men, who did not have any discernible connection to each other, sent the Icelandic people into something of a national panic.

Icelandic folklore tells of the Huldufólk, elven-like creatures who live in a parallel world and can make themselves visible at will. Children in Iceland are told stories of Huldufólk materialising before people who have wandered off at night. In the wake of the disappearance of the men, some have questioned if the Huldufólk should be regarded as murder suspects.

The police launched the biggest criminal investigation Iceland had ever seen, but the case quickly ran into problems. No bodies were recovered. There were no witnesses. There was no evidence of foul play. Quite suddenly, six young people from the fringes of society were charged on suspicion of murder. A short time later, each confessed to conspiring to the murders of Guðmundur and Geirfinnur.

The remarkable story is the subject of Latham’s series, Sugar Paper Theories, originally published in 2016 by HerePress. Latham discovered the confessions made to the police were done so under conditions that amounted to torture. The suspects were held in solitary confinement, deprived of sleep, drugged with hallucinogens and then aggressively interrogated. Bit by bit, the investigating officers managed to convince the six suspects they were murderers. They all pleaded guilty—despite having no memory of the event— and were sent to prison, with the longest jail-term amounting to 19 years.

In 2014, Icelandic forensic investigator Gísli Guðjónsson, a one-time Reykjavik policeman, began to investigate the case. His findings would, in 2017, trigger the Icelandic government to agree to set up a public inquiry into how the false confessions came to pass.

Latham collaborated closely with Guðjónsson as he developed Sugar Paper Theories. The series acts as a form of “forensic photography”, Latham says, who set himself the challenge of “photographing the past”. With Guðjónsson’s help, he studied the police files before revisiting many of the locations that formed part of the case. He sees the work as having the capacity to interrogate “the way our memories work”. He wanted the series to act as a “retelling of the story the police told the suspects of how the murders came to be”.

On 12 October, Latham will publish an expanded second edition alongside the first UK exhibition of the work at The Royal Photographic Society’s Bristolian gallery space. The new monograph and exhibition incorporate developments in the case following a successful appeal to Iceland’s Supreme Court, which re-opened the case while the work was on show for the first time at Reykjavik’s Museum of Photography in 2017.

• Jack Latham’s Sugar Paper Theories will be on show at The Royal Photographic Society, Bristol, from 12 October to 22 December