Artist is best known for her large-scale sculptural projects made from plywood, tape, cement and other inexpensive materials

The sculptor Phyllida Barlow will represent Britain at the 57th Venice Biennale next year (13 May-26 November 2017), the British Council announced today, 4 March. Barlow has long been respected among British artists, having taught at London’s Slade School of Fine Art for more than 40 years. However, she has come to international prominence relatively late in her career. Recent shows include one last summer at the Nasher Sculpture Center in Dallas, which she transformed with typically large-scale sculptures constructed from her materials of choice:  inexpensive plywood, cardboard, plaster, tape, fabric and paint.

Barlow, who was born in 1944 in Newcastle upon Tyne, says: “The international diversity for which the Biennale is so renowned within the particular context of Venice is a unique and stimulating creative opportunity beyond my wildest dreams.” At the 2013 Venice Biennale, the artist showed a series of painted polystyrene sculptures (Untitled: hanginglumpcoalblack (2012)/Untitled: hanginglump 2, 2012), which hung from the roof of the Arsenale. 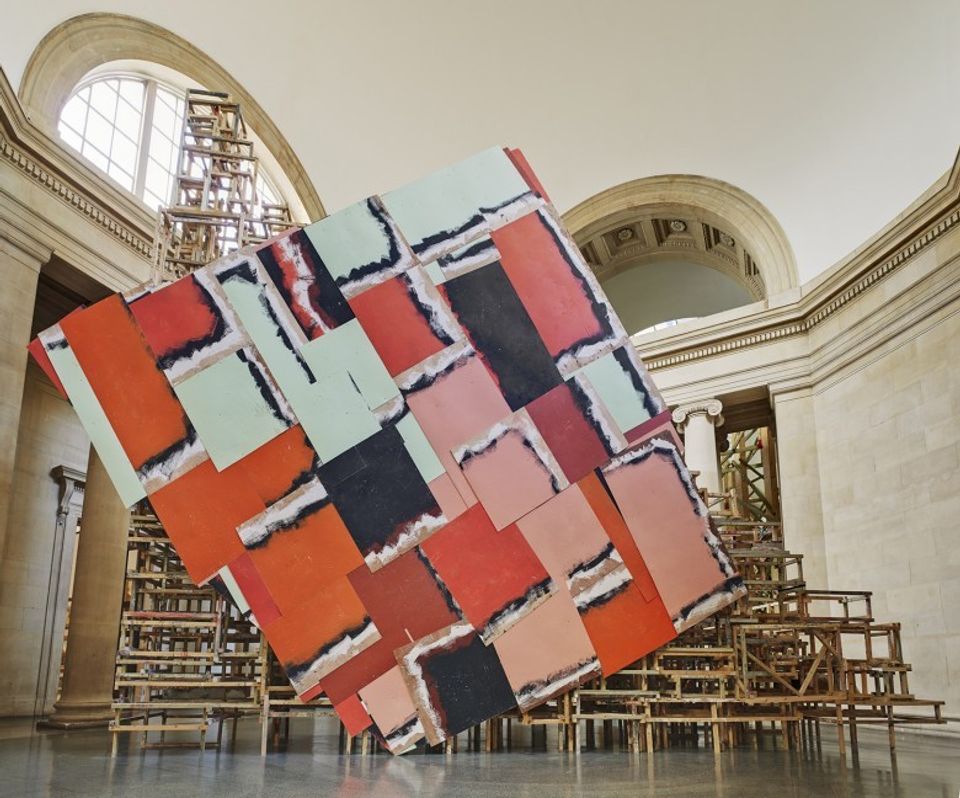 Barlow’s work for the Artist Rooms initiative, untitled: upturnedhouse, 2 (2012), is currently on display at Tate Modern, London. She created a new body of work for Gig, the inaugural exhibition at Hauser & Wirth Somerset in 2014. The same year, her large-scale installation, dock (2014), filled the Duveen Galleries at Tate Britain. She told The Art Newspaper at the time: “I have been asked, ‘Why is your work so big?’ And I think the answer is to do with reach and stretch and going to spaces where I can’t get to and where we don’t usually go to in terms of looking or seeking out.”

In January, Christine Macel, the chief curator at the Musée national d’art moderne, Centre Pompidou in Paris, was appointed the artistic director of the 2017 Venice Biennale.