An exhibition of Picasso’s works due to open next spring at London’s Tate Modern (8 March-9 September 2018) will include three paintings of his teenage muse and lover Marie-Thérèse Walter. Picasso was 45 when he stopped Walter, aged 17, outside the Galeries Lafayette store in Paris in 1927 and asked to paint her portrait.

The trio of works, part of Picasso 1932: Love, Fame, Tragedy at Tate Modern, have not been shown together since 1932, the year they were made. Picasso painted all three—Nude, Green Leaves and Bust; Nude in a Black Armchair; The Mirror—in only five days, from 8 to 12 March.

The paintings all come from private collections. Achim Borchardt-Hume, the director of exhibitions at Tate Modern, said today at an exhibition press briefing that “it has been about negotiations and the generosity [of lenders], involving two years of diplomacy”.

The works depict Marie-Thérèse Walter sleeping with her head tipped back. “Picasso did not work with a model present,” Borchardt-Hume says. “In The Mirror, he turns round the idea of the Rokeby Venus [by Vélazquez]… people like the idea he can paint a good rear.” Asked about the relationship between middle-aged Picasso and his younger muse, he adds that “most people are aware of the age difference; it is tricky”. 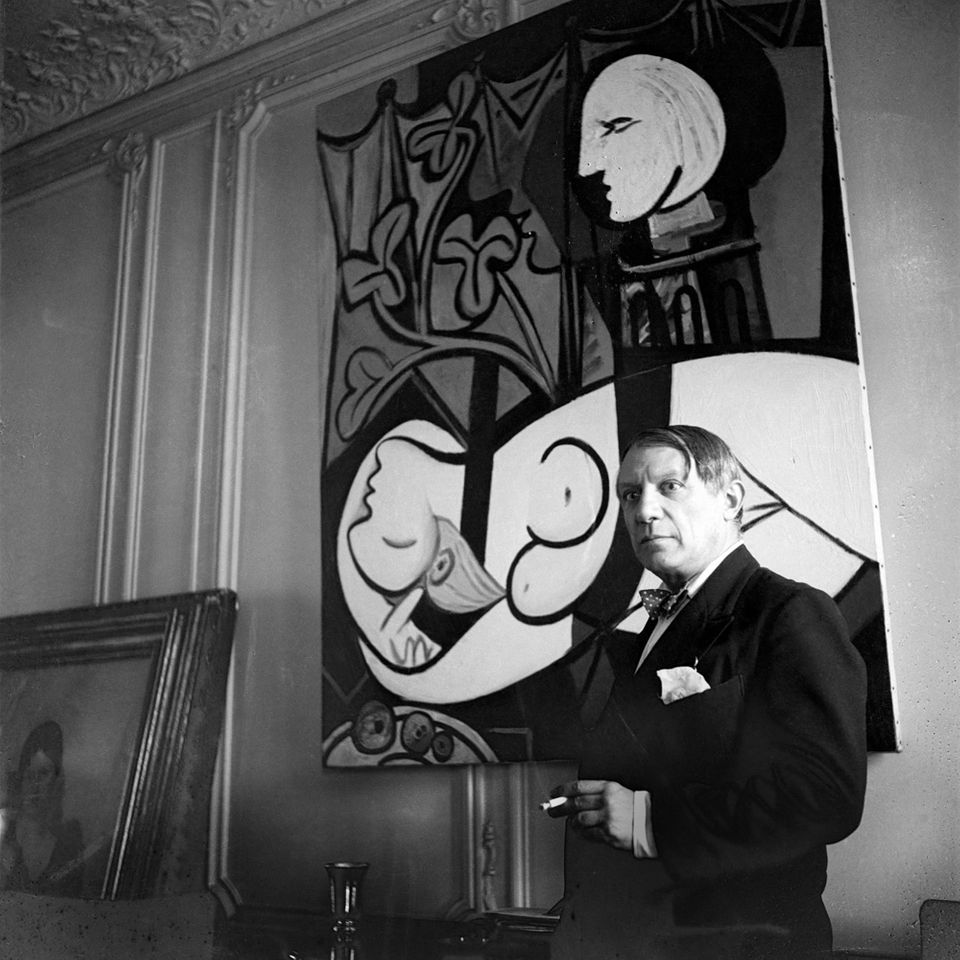 Writing in Vanity Fair in 2011, Picasso’s biographer John Richardson outlined whyMarie-Thérèse Walter was impressed. “She was at the Galeries Lafayette that day to buy a col Claudine—a Peter Pan collar—and matching cuffs. ‘You have an interesting face,’ Picasso told her. ‘I would like to do a portrait of you. I am Picasso.’ The name meant nothing to Marie-Thérèse, but the fact that an artist found her beautiful thrilled her.”

At the time Picasso was married to the Russian ballerina Olga Khokhlova but would go on to have a secret affair with the young Walter. Walter’s identity would not become public until 1958 and she committed suicide in 1977.

A different version of the show, without the Walter paintings, is due to open at the Musée National Picasso in Paris next month (10 October-11 February 2018). The Tate show will include more than 100 paintings, sculptures and works on paper including The Yellow Belt:Marie-Thérèse Walter (1932), drawn from the Nahmad Collection in Monaco.

The exhibition is sponsored by EY.