Few books adequately explain Bonnard’s intentions and achievements. A new one is no exception 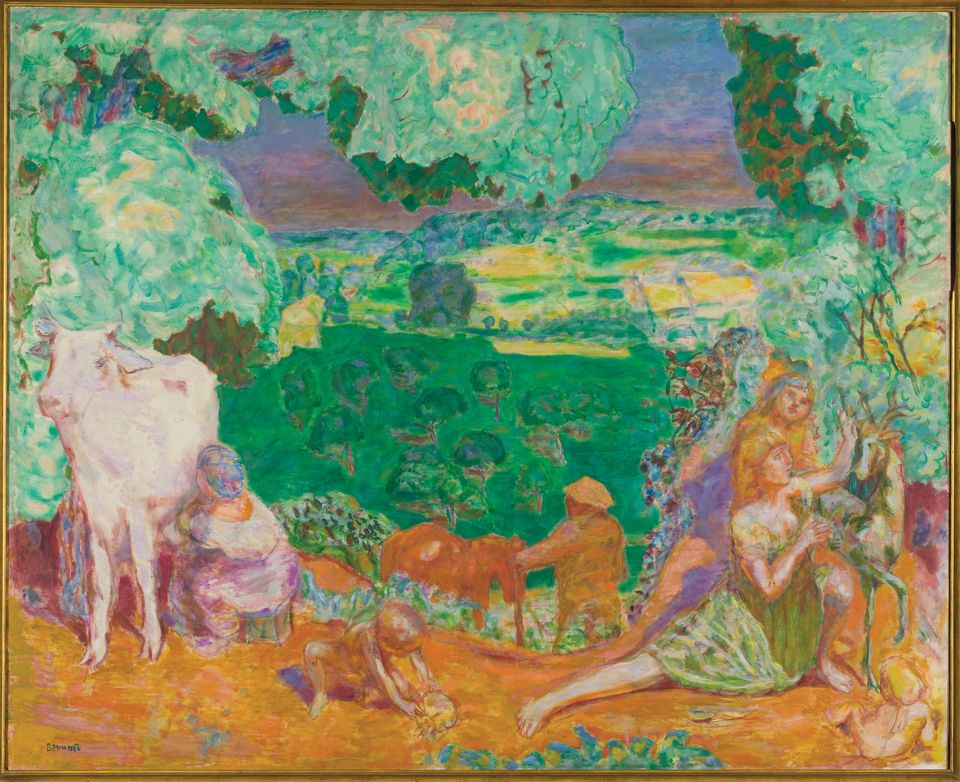 Pierre Bonnard: Painting Arcadia is the catalogue that accompanied the major exhibition of the same name organised in 2015 by the Musée d’Orsay, Paris, with the Fundaçion Mapfre, Madrid, and the Fine Arts Museums of San Francisco. It is laid out in much the same way as the exhibition­— that is to say, thematically.

It begins with Bonnard’s Nabis years in the 1890s before tracing his career through subjects such as interiors, nudes and portraits. In his opening essay, Guy Cogeval, the president of the Musées d’Orsay and de l’Orangerie, and the lead curator, declares: “For too long, Bonnard specialists have minimised the value of chronology.” It’s an odd statement given the history of the exhibitions and literature over the past 40 years, most of which have paid particular attention to the way the Bonnard’s career unfolded. It is odder still given that Cogeval made the perfectly sensible decision to play around with the chronology when hanging the exhibition at the Orsay—sensible because Bonnard himself was no respecter of dates. He could spend years on one painting and was always ready to touch up old works and sometimes substantially alter them.

Arranging the exhibition by themes rather than by slavishly following the chronology encouraged new ways of looking at the work­—always a good thing. The catalogue, however, is a different matter. Having 18 writers contribute either a short introductory text to each section or focus on a single painting destroys any sense of continuity or cohesion. Readers who like to dip in and out of a handsomely illustrated exhibition catalogue, which this is, will not be disappointed, but those who expect to find a coherent account of Bonnard’s life and career might want to look elsewhere, especially as the translation from the French is far from flawless.

The “Arcadia” in the title gave the exhibition its general theme, a theme that might have been aimed at the San Francisco leg of the exhibition given essays such as The Mechanics of Happiness, Brushstrokes Straight to the Heart, The Distant Body, etc—headings that might alert readers to the sort of willowy prose that Bonnard too easily attracts.

Bonnard saw himself as “floating” between the intimiste atmosphere of his early Nabis painting of the mid 1890s and his grand overarching concept of decoration (a subject treated extremely well here by two proven Bonnard scholars, Nicholas Watkins and Gloria Groom). He had gone from being a startlingly successful young painter at the forefront of a new aesthetic that saw art and decoration as indivisible to one who appeared to reject, or at least ignore, the art of his own time.

The perception of him as a painter out of step with the 20th century has dogged his reputation, particularly in the years after his death in January 1947. His paintings of pastoral landscape and domestic interiors can look deceptively light and seductive, and the hugely ambitious and difficult intent behind his art can easily go unrecognised.

Bonnard is best seen as the heir not so much of Renoir, Monet and Gauguin (the three masters most frequently invoked in his case) but of Delacroix. It was Renoir who best summed up what it was about Delacroix that so enthralled the Impressionist generation: “How difficult it is in a painting to find the exact point where the imitation of nature ought to stop,” he confided to a critic, “and the artist move beyond mimesis to that intangible something which resides only in the act of painting.”

Bonnard, who knew and revered Renoir, understood exactly how difficult it was to achieve the transmutation of observation (the artist’s base metal) into paint, and he made it his life’s work to discover the secret of this mysterious alchemy. His is the sort of art that lays traps for the unwary writer, which is why exhibitions of Bonnard’s paintings are almost always more satisfactory than their catalogues.