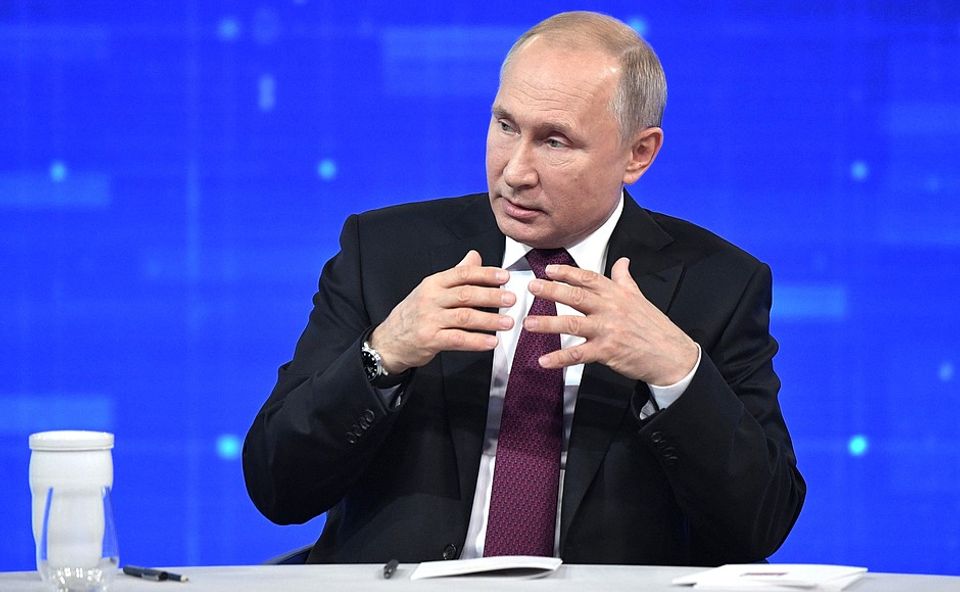 In a shock announcement yesterday, the Russian president Vladimir Putin called for sweeping constitutional changes. To be approved by a popular vote, the amendments are being widely interpreted as a bid to stay in power beyond the end of his fourth presidential term in 2024. His speech was followed by the Russian government resigning en masse, including the highly controversial culture minister, Vladimir Medinsky, further confusing Kremlin watchers.

Wasting no time, the Kremlin on Wednesday posted a list of 75 members of a working group appointed to draft the constitutional amendments, including a range of political and cultural figures. Among them are Mikhail Piotrovsky, the director of the State Hermitage Museum in St. Petersburg, and Zelfira Tregulova, the director of Moscow’s State Tretyakov Gallery, both seasoned political players. Both were among the public figures who served as his 2018 presidential campaign confidants. 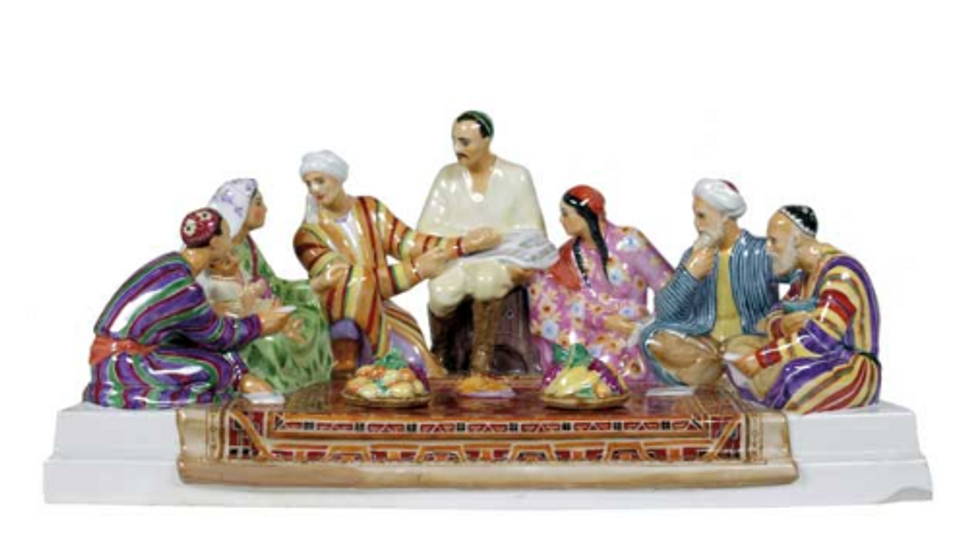 This porcelain inkpot of people drafting Stalin's constitution has a striking resemblance with today's current political situation in Russia Photo: Courtesy of Sovcom

The working group will be gathering at Novo-Ogaryovo—the president’s country residence near Moscow—on Thursday, its co-chairman Andrei Klishas told the Interfax news agency. Klishas, a member of the Federation Council, is one of the few members of the group with a legal background. Observers expect the group to approve Putin’s proposals. The Tass news agency reported on Thursday, citing a source in the Federation Council, that a nationwide referendum on the constitutional amendments would be held before 1 May.

On Wednesday people began posting an image on Facebook poking fun at how the current situation mirrors history. The image is of a lot that is up for sale at Sovcom, a Moscow auction house that specialises in Soviet art. The porcelain inkpot depicting colourful figures in Central Asian dress was produced in 1936 by the Leningrad Porcelain Factory and has the title Discussion of the Draft of Stalin’s Constitution at a Collective Farm in Uzbekistan. Stalin's actual constitution added a surprising number of rights, including freedom of religion, of the press and assembly, and was adopted under the Soviet dictator Joseph Stalin in December 1936, just as his "Great Terror" campaign got underway.