Plastic fantastic at Art Basel: Don’t throw it in the ocean—hang it on your wall

From Gursky to Barney, our pick of five plastic-related works at the fair

In this Anthropocene age, plastic is the material non-grata as our waste litters the oceans. The short but damaging history of our obsession with plastic in all its versatility can be seen in works around Art Basel, from the early 1960s works of Alberto Burri and his experiments with the malleability of a new material, to Andreas Gursky’s desolate view of a litter-strewn landscape. 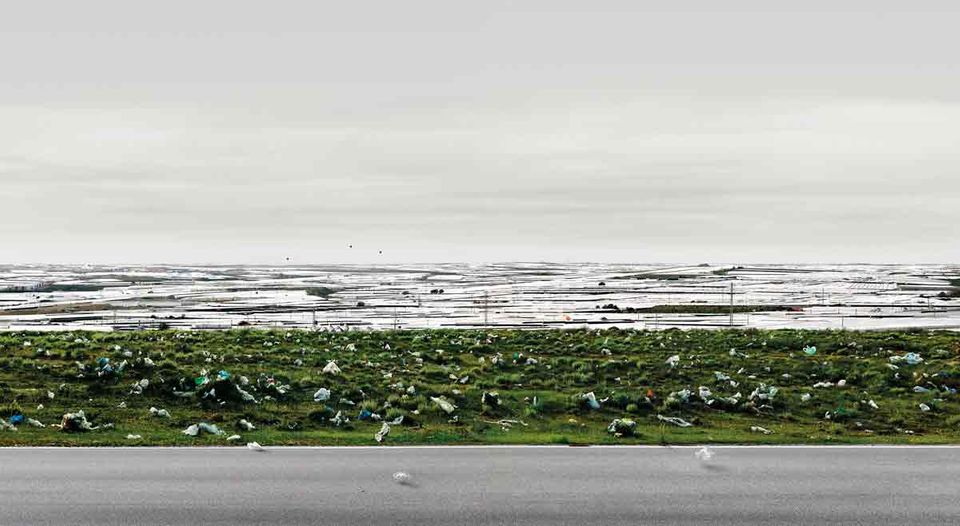 This monumental 2.3m by 4m photograph brings to life the scale of the plastic waste problem through the rubbish-filled landscape of El Ejido in southern Spain, where plastic is used to cover intensively farmed crops. “His interest was in the aesthetic of the artificial plastic plantations,” says Monika Sprüth, the co-owner of Sprüth Magers, which is exhibiting the work. “But in the end, what really ended up in the piece was the environmental pollution in the area.” 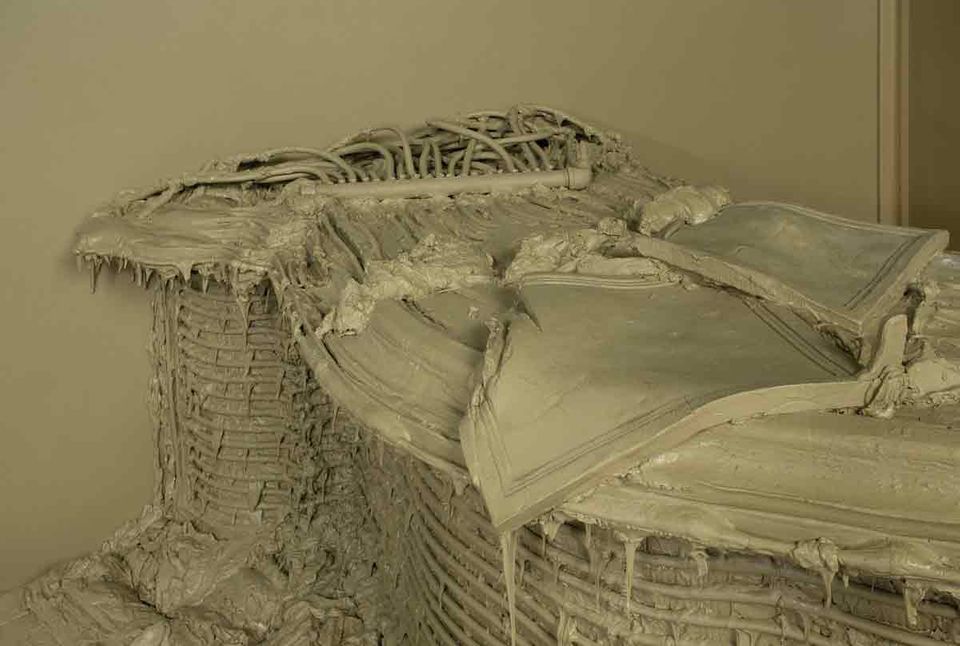 In a reworking of an installation relating to his film Cremaster 3 (2002)—which was set in 1930s New York when many Irish labourers were working on the construction of the famous Chrysler Building—Matthew Barney has used plastic to recreate a full-scale traditional Irish bar for this year’s Unlimited sector. In 2002, Barney recreated the bar using petroleum jelly around a refrigerated armature; in his latest iteration, he allowed the jelly form to disintegrate and sag before casting it in rigid plastic. 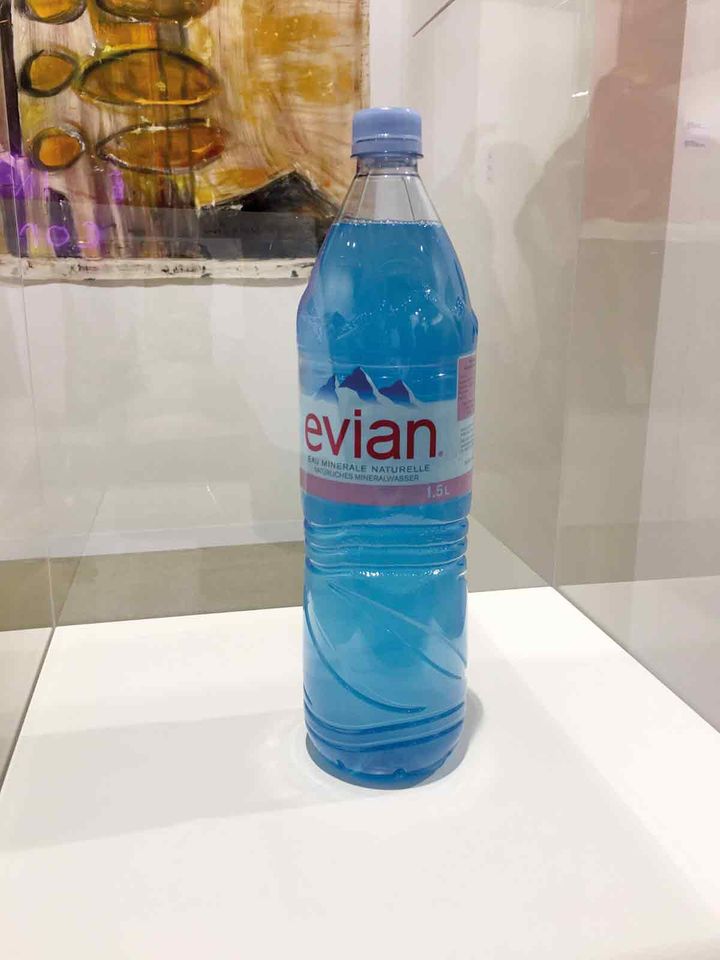 The Swiss artist Pamela Rosenkranz has a fascination with plastic, specifically our consumption of it. This work, a plastic bottled filled with coloured silicone, is being shown at Art Basel by Karma International, the Zurich gallery that is currently hosting a show of her work (until 14 July). “She has done a series of water bottles, like Fiji water, which is marketed as an artisanal, natural product but then it’s in a plastic bottle and it comes from the other side of the world for us to consume. She’s interested in the absurdity of that,” says Geraldine Belmont of Karma International. Rosenkranz does not denounce our use of plastic, Belmont says, but rather “her approach is more meta—she’s interested in how much we extract from nature in order to make products for consumption.” 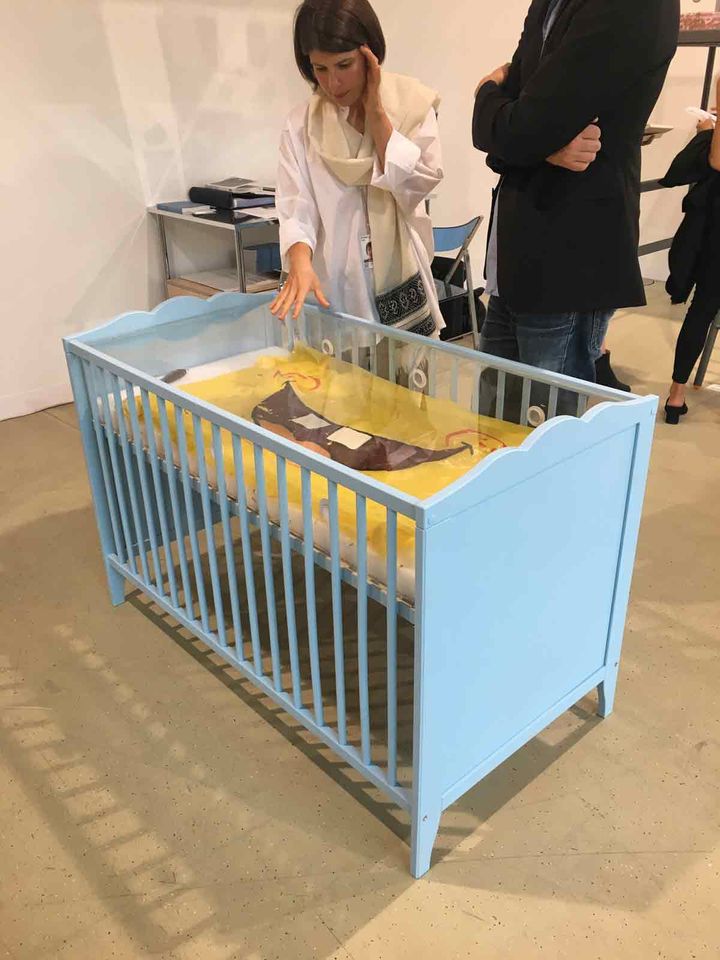 The young French artist Aude Pariset has made three customised beds, covered by vitrines, each filled with different types of worm that can consume and digest plastic. The project was born out of Pariset’s own interest in organic materials—she has previously produced her own bio-plastic—and recent research that found a variety of common worm could transform polystyrene into usable organic matter. “They’re very specific about the type of materials they will consume,” says Fiona Bate of the Berlin gallery Sandy Brown, which is showing in the Statements sector of the fair. This project is influenced by scientific discoveries from 2015, and resulting radical environmental implications, that found a variety of common worm could safely degrade polystyrene into usable organic matter. The beds are sold individually—complete with worms. 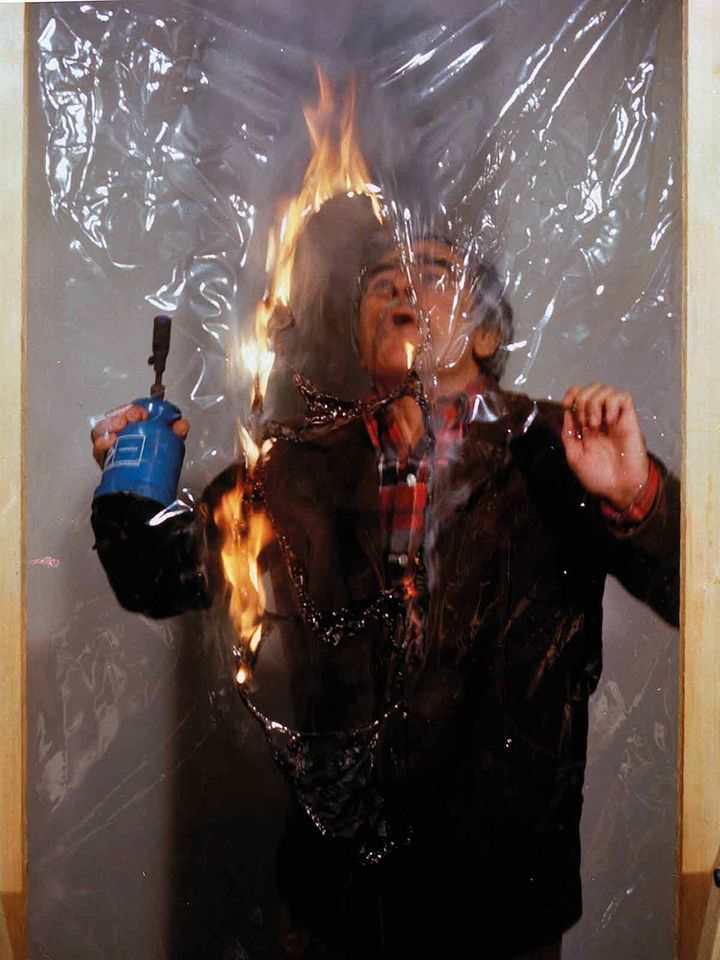 Tornabuoni Art devotes its whole Art Basel stand to the Plastiche (plastic works) of Alberto Burri. In the early 1960s, when all eight of the works on display were created, plastic was an entirely new material, says Ermanno Rivetti of Tornabuoni Art. “Burri was fascinated by its simplicity and its use as humble packaging. He also felt it had a powerful expressive potential and began manipulating it with fire to great effect, achieving an incredibly wide range of results in three hues: red, black and translucent.” On Saturday 16 June at 2pm there will be an Art Basel Conversation about Burri’s work.