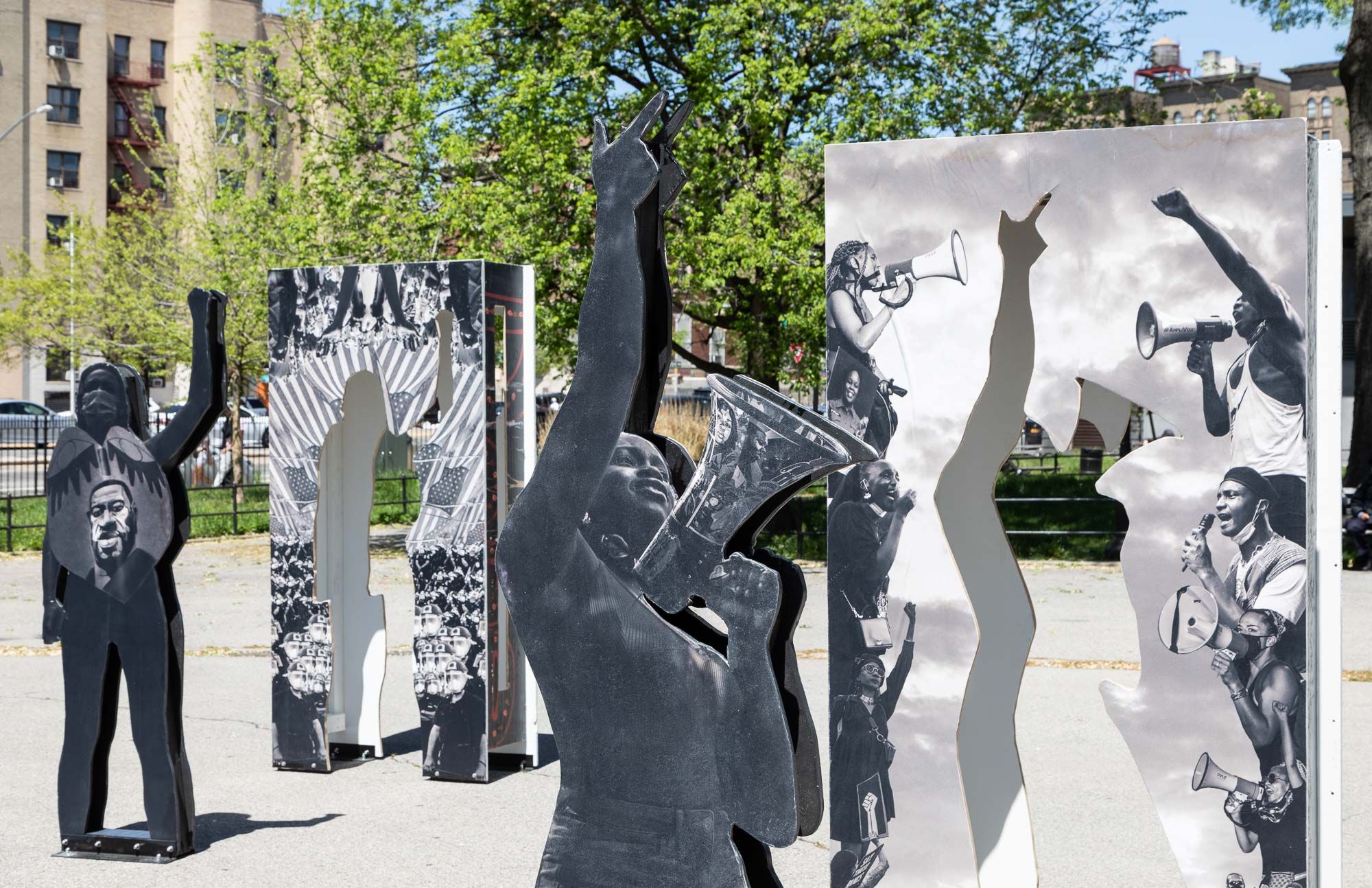 A detail of In Honor of Black Lives Matter by KaNSiteCurators and Caroline Mardok, installed in Poe Park, The Bronx

When the Black Lives Matter protests swept across New York City in June last year, businesses across the city shuttered their storefronts with plywood to brace for the civil unrest. The city “felt apocalyptic”, says Neil Hamamoto, the founder of Worthless Studios, a non-profit arts organisation that is repurposing the leftover plywood into art installations that aim to reinvent the defensive material. 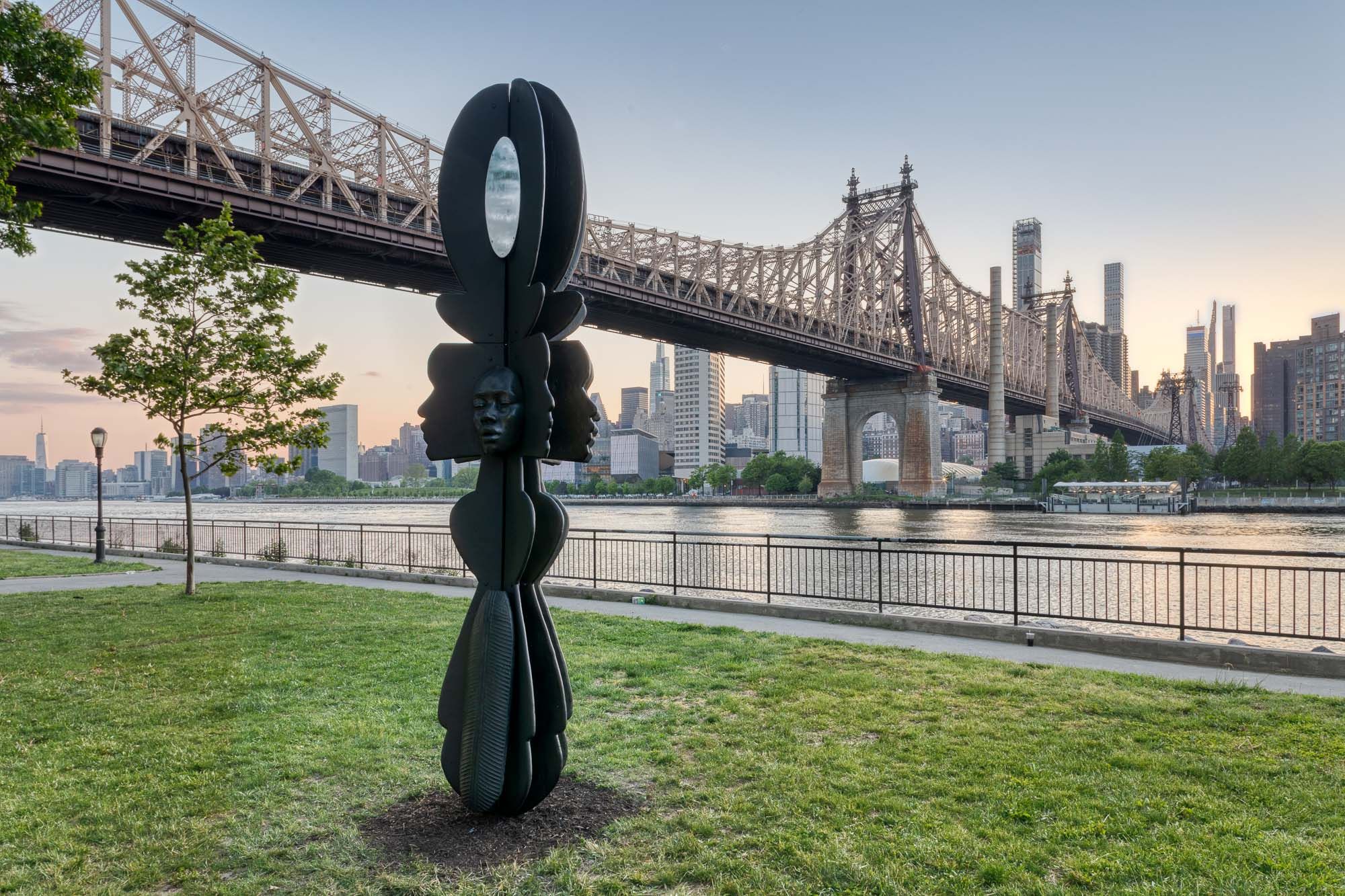 “The stark contrast of boarded-up buildings opposed to the typical dreamy transparent retail windows was the visual roadblock that sparked the project,” Hamamoto adds. As a result, many of the pieces have a clear activist bent, from RockIt Black, a sculpture by the Brooklyn-based artist Tanda Francis of a goddess-like Black figure installed in Queensbridge Park, to Be Heard a conical megaphone by the Benin Ha Design Studio in Thomas Paine Park, Manhattan, or Miguelito by Michael Zelehoski, which turns the tradition obelisk monument into a twisted caltrop.

The works are installed in parks and public buildings in each borough, from the memorial In Honor of Black Lives Matter by KaNSiteCurators and Caroline Mardok in Poe Park, The Bronx, to the the installation Open Stage by Tony DiBernardo in the gardens of the Alice Austen House on Staten Island. 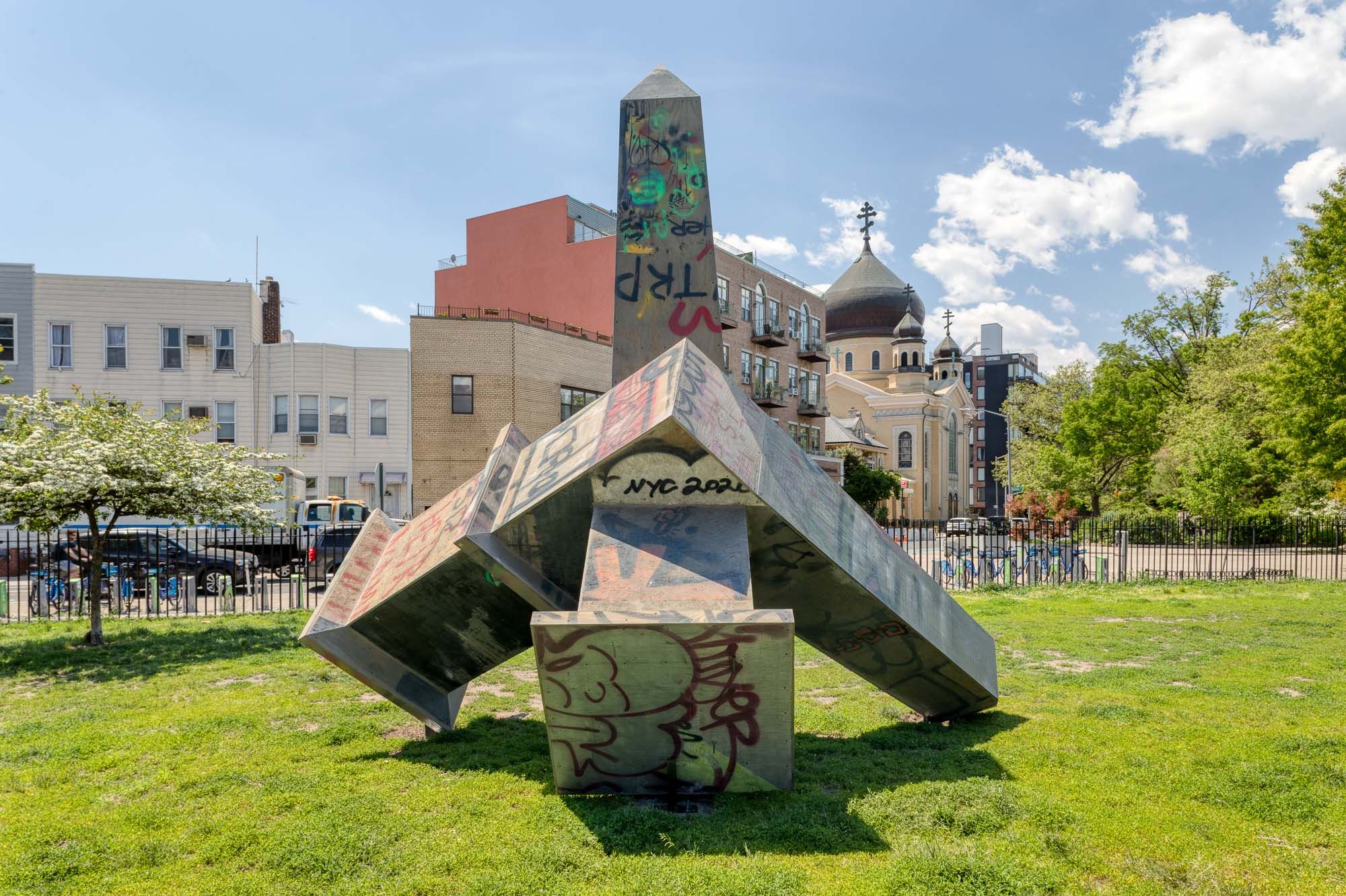 The project includes various public programmes slated to be held in the coming months, including performances and readings. The organisation has also partnered with the Noguchi Museum in Queens to support the museum’s Making Your Mark programme, a free series of workshops for students focused on the civic role of public art.