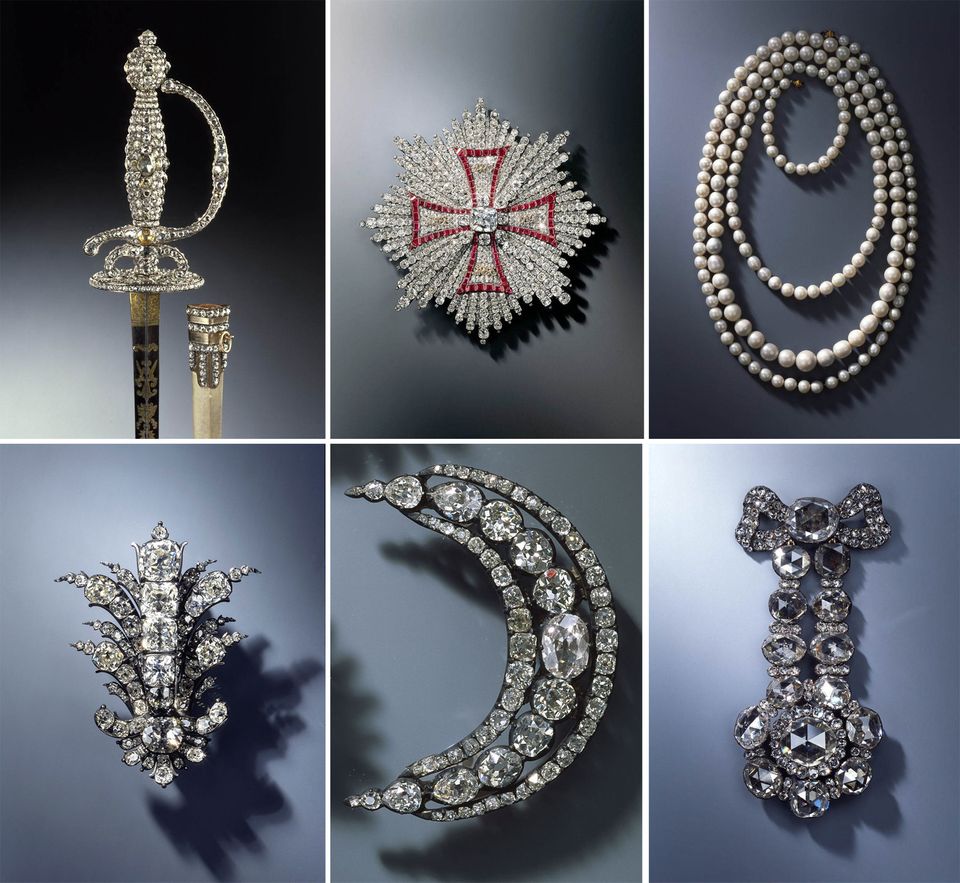 Police have raided 18 Berlin properties and arrested three people suspected of involvement in the spectacular theft last year of priceless jewels from Dresden’s Green Vault, one of the richest treasure chambers in Europe.

Ten residences plus garages and vehicles are being searched, the Dresden prosecutor said in a statement. “Today’s measures are focused on the search for the stolen treasures and possible evidence, such as memory devices, articles of clothing and tools,” the statement said.

A total of 1,638 police officers from several German states are involved in the operation, which is centred on the Berlin district of Neukölln, the statement said. It warned of disruption to traffic across the city.

Security camera footage of the theft on 25 November 2019 showed two intruders armed with an axe smashing a vitrine that housed three ensembles of royal jewels comprising diamonds and pearls. The thieves had previously plunged the entire street into darkness with an arson attack on an electricity distribution point. They set off a fire extinguisher to erase their traces.

By the time the police arrived, five minutes after guards spotted the intruders on CCTV and alerted them, the burglars had gone. Their getaway was minutely planned: an Audi A6 was found burning in an underground garage, where it is assumed they had parked a second vehicle.

They escaped with 11 diamond objects plus a handful of skirt buttons from three royal parures crafted for the Saxon elector August the Strong. The missing jewels include a rapier and shoe buckles from a rose-cut diamond parure and a hat ornament and epaulette from a brilliant-cut diamond parure.

Officers have previously said they believe at least seven people were involved in the theft.