'I wish it was a prank': Maurizio Cattelan on the surreal theft of his golden toilet 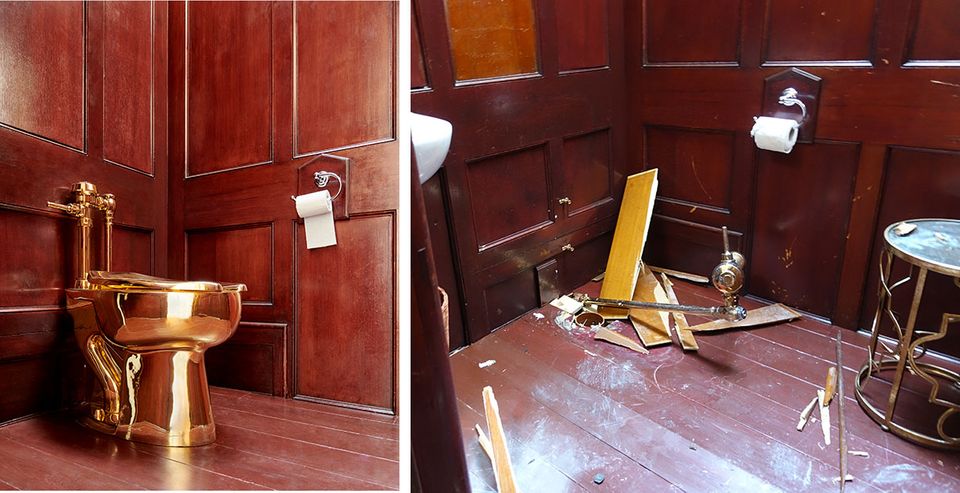 (Left) Maurizio Cattelan's America (2016) when it was installed in the guides’ bathrooms of Blenheim Palace. (Right) after the work was stolen. Left © Tom Lindoe Right © Matthew Landrus

Maurizio Cattelan’s fully functioning 18-carat gold toilet (America, 2016) has not yet been recovered after it was stolen from an exhibition of the Italian artist's work at Blenheim Palace in Oxfordshire, UK, earlier today. The piece, reportedly valued at £1m, features in Victory is not an option (until 27 October); Cattelan has not yet commented on the incident.

Visitors to the exhibition had to book time slots to use the toilet which was installed in the guides' bathrooms at the palace; the golden loo was previously on view at the Guggenheim museum in New York.

The 18th-century stately home is the ancestral seat of the Duke of Marlborough; the duke’s half-brother, Edward Spencer-Churchill, the founder of the Blenheim Art Foundation, recently told the Sunday Times that the gold lavatory would not be “the easiest thing to nick”. He added: “Firstly, it’s plumbed in and secondly, a potential thief will have no idea who last used the toilet or what they ate. So no, I don’t plan to be guarding it.” 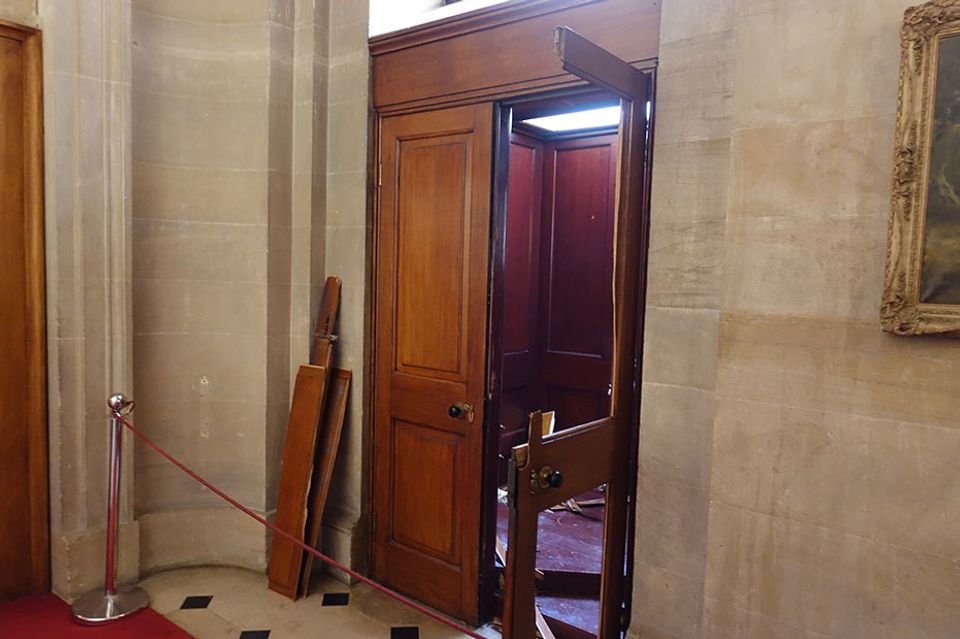 The burglars caused “significant damage and flooding” after removing the toilet, which was plumbed in, at around 4.50am this morning. A 66-year-old man has been arrested in connection with the incident. Thames Valley Police say that a group of offenders used two vehicles during the theft. Commentators on social media fear however that the work may be melted down.

“We hope against hope that we can recover this precious work of art. It is deeply ironic that a work of art portraying the American Dream and the idea of an elite object made available to all should be almost instantly snatched away and hidden from view,” says Dominic Hare, the chief executive of Blenheim Palace, in a statement.

UPDATE (15 September): Cattelan tells The New York Times, "America was the one percent for the 99 percent, and I hope it still is. I want to be positive and think the robbery is a kind of Robin Hood-inspired action. I wish it was a prank." He adds that the turn of events "is deadly serious if even a little bit surreal since the subject of the robbery was a toilet".

UPDATE (16 September): The headline of this article was amended and pictures were added to reflect the damage caused by the theft.