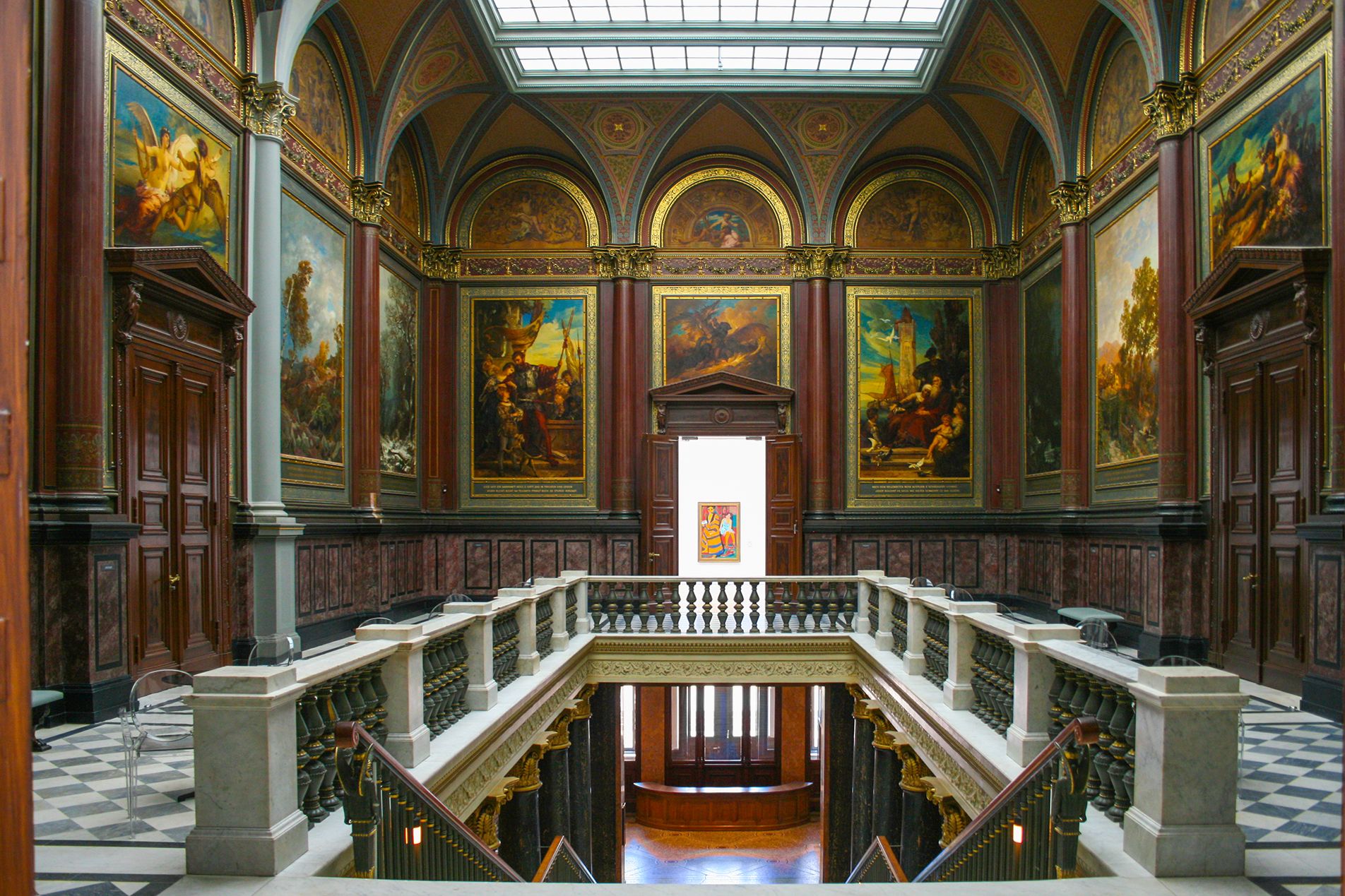 The Hamburg Kunsthalle has been forced to shut for a month, just one week after it reopened

Museums across Poland and in parts of Germany have been forced to close again as a third wave of the pandemic engulfing much of Europe prompted authorities to tighten lockdown restrictions.

In Poland, where museums reopened on 1 February, the government ordered them to close again until at least 9 April, as daily numbers of new cases reached levels not seen since November. In Germany, Hamburg’s Kunsthalle and Museum of Applied Arts were forced to close just days after reopening because of an increasing number of new cases in the city.

The German government had allowed museums to reopen from 8 March after four months of forced closure. But the plan approved by the federal government and states also included a so-called emergency brake for the event that new infections begin to rise more steeply. In Hamburg, the rate of infections reached that level last week. The Kunsthalle had reopened on 9 March with an exhibition featuring Giorgio de Chirico that is only scheduled to run until 25 Apr. The Museum of Applied Arts had reopened on 12 March.

German Health Minister Jens Spahn warned on Friday of “challenging weeks ahead” and the possibility of a stricter lockdown instead of the looser measures the government had hoped to announce this week. “There are not enough vaccines in Europe to stop the third wave of the pandemic with vaccinations alone,” he said. “We need to be patient.”

In Germany, museum openings are tied to the rate at which the disease is spreading in individual regions. In regions where the average number of new coronavirus cases per day over the past seven days is below 100 per 100,000 residents, museums can open. However, if a region’s seven-day average for new cases rises over 100 per 100,000 inhabitants for three straight days, then it must revert to a stricter lockdown, including museum closures, two days after that.

With a number of German regions now above that limit, it is likely more museums across the country will be compelled to close in the coming days. Some have not even reopened after the four-month lockdown in force until 8 March.

A similar system linked to regional rates of contagion is in operation in Italy, where the Uffizi in Florence has been closed since 15 February. Last week, Italy declared 11 regions, including Rome and Milan, as red zones, in which all museums and other non-essential shops must shutter.

The French authorities also tightened lockdown rules in many regions including Paris, where museums have been closed since last October. The French public health authority said on 20 March that the number of new cases had risen by more than 35,000 in the previous 24 hours and that pressure on hospitals was “critical in some regions.”