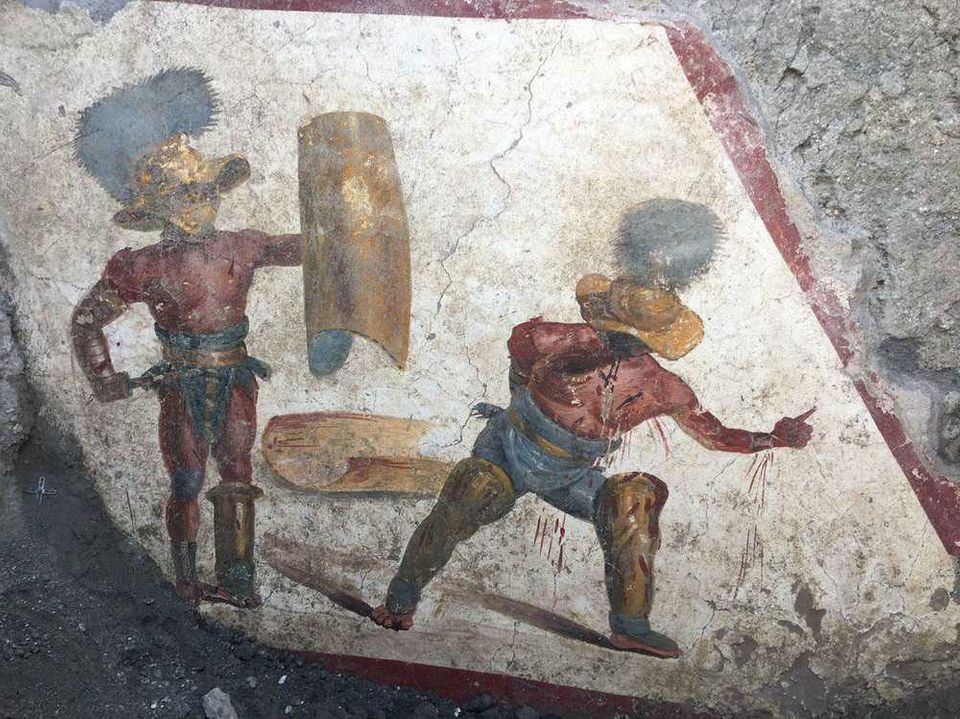 Italy’s culture minister Dario Franceschini has announced the discovery of a Roman fresco of two gladiators, which was recently excavated at Pompeii. It depicts two gladiators in action, the one on the left wielding a short sword, the other in a cowering pose after having dropped his shield. Both wear a helmet and visor, surmounted by a large crest.

The discovery was made in the Regio V section of Pompeii, near the intersection of the Alley of the Balconies and the Street of the Silver Wedding. The fresco, which is 1.5 meters-wide, was found in what had been a basement, possibly serving as a shop, and there may have been a tavern and brothel above. The subject matter suggests that the place was frequented by gladiators. 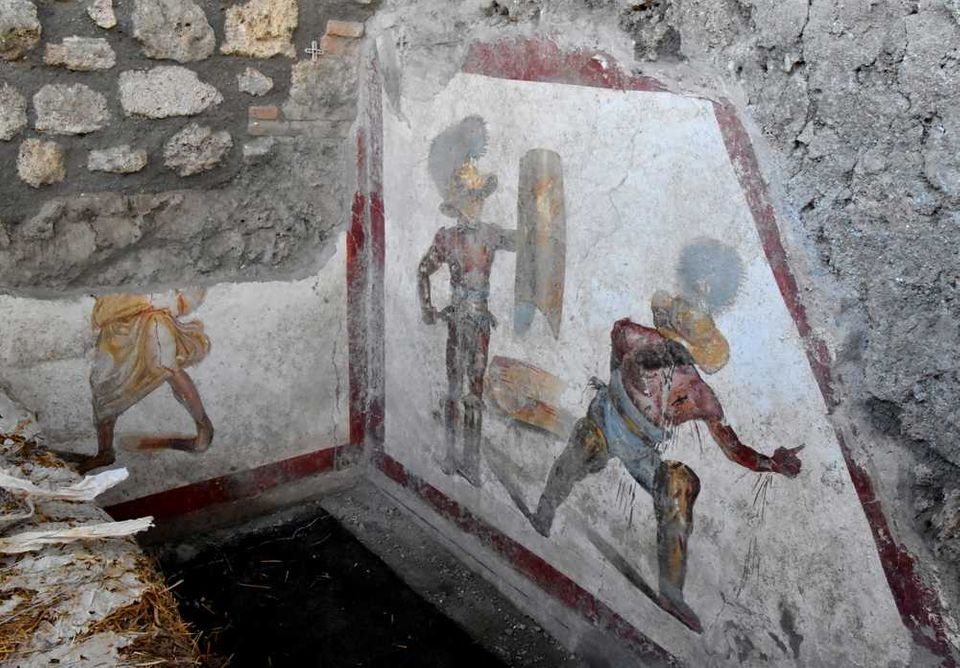 Franceschini says “the discovery of this fresco shows that Pompeii is an inexhaustible mine for research and knowledge for archaeologists”. Pompeii’s director general Massimo Osanna points to the “extremely realistic representation of the wounds” on the wrist and chest of the defeated gladiator.

Following today’s announcement, outside specialists will need to examine the fresco, to help assess its age. The Pompeii site, on the outskirts of Naples, was occupied by the Romans and then destroyed by the earthquake of 79 AD. The culture ministry’s announcement coincides with today’s opening of an exhibition on Pompeii and Santorini at Rome’s Scuderie del Quirinale (until 6 January 2020).