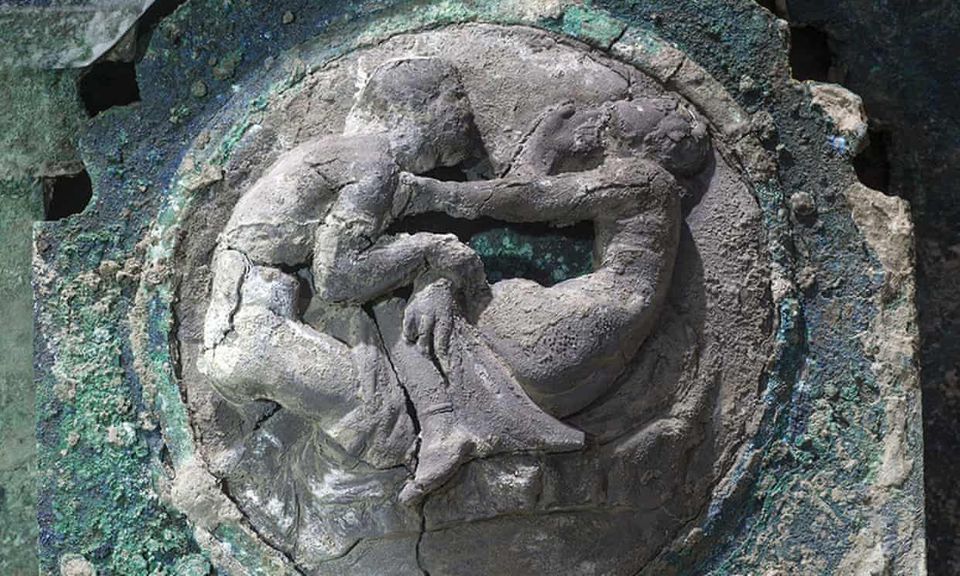 Archaeologists have discovered a four-wheeled ceremonial chariot near the ancient city of Pompeii, which has been hailed as a "unique find".

The vehicle was unearthed in near-perfect condition from the ruins of the Civita Giuliana, a suburban Roman villa northwest of Pompeii, which was buried by volcanic ash in 79AD spewing from Mount Vesuvius. Last year, the skeletons of two men, identified as a wealthy landowner and his slave, were excavated from a hallway below the villa. 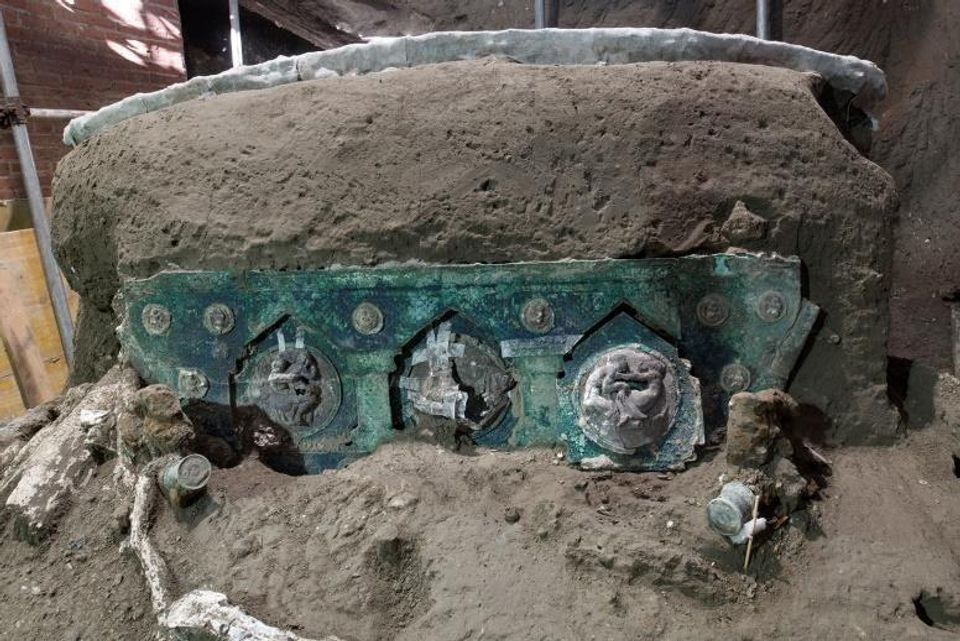 The ceremonial carriage is the first of its kind discovered in Italy, where all previously unearthed ancient vehicles have been identified as having solely functional purposes.

"It is an extraordinary discovery for the advancement of our knowledge of the ancient world," said Massimo Osanna, the outgoing director of the Pompeii Archaeological Park, in a statement. "At Pompeii, vehicles used for transport have been found in the past, such as that of the House of Menander, or the two chariots discovered at Villa Arianna, but nothing like the Civita Giuliana chariot."

As chariots were often used by priestesses and noble women, archaeologists are considering the possibility that the vehicle was used to lead a bride to her new household. 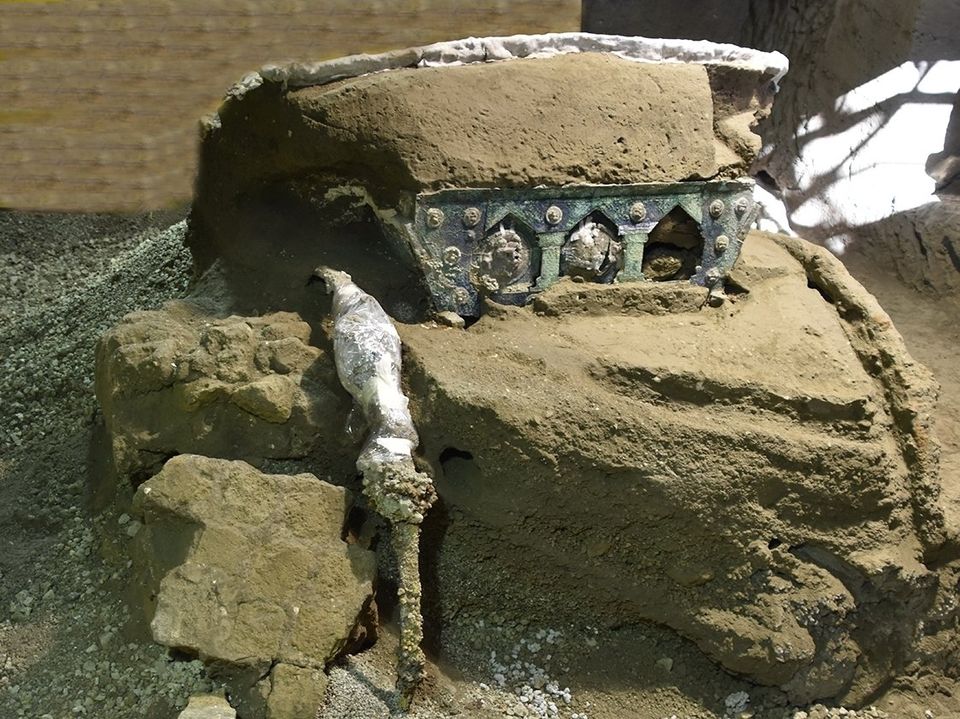 Eric Poehler, a professor at the University of Massachusetts, Amherst who specialises in traffic in ancient Pompeii, told NPR News that the vehicle was the "Lamborghini" of ancient Roman chariots: "Many of the vehicles I'd written about before ... are your standard station wagon or vehicle for taking the kids to soccer. [...] This is an outright fancy, fancy car", he said.

Looters have stolen from the villa several times in recent years and Italian cultural heritage officers have been helping protect the chariot since it was discovered in January.

The ancient Roman city of Pompeii was engulfed in ash and pumice spewed from Mount Vesuvius nearly two centuries ago at a force estimated to have been 100,000 times more powerful than the atomic bombs dropped on Japan at the end of the Second World War. Rediscovered in the 17th century, the world heritage site has become not only a hugely popular tourist destination, but is also one of the greatest treasure troves for archaeologists to piece together clues of Ancient Roman civilisation, with over 20 hectares of the site still to be excavated.

Last month, to some controversy, the Pompeii Archaeological Park appointed the German archaeologist Gabriel Zuchtriegel as its new director. Upon the announcement, two of the park’s board members resigned, telling Italian press that 39-year-old-Zuchtriegel, who is the park's youngest-ever director, lacked the experience to take the helm of the major archaeological site.