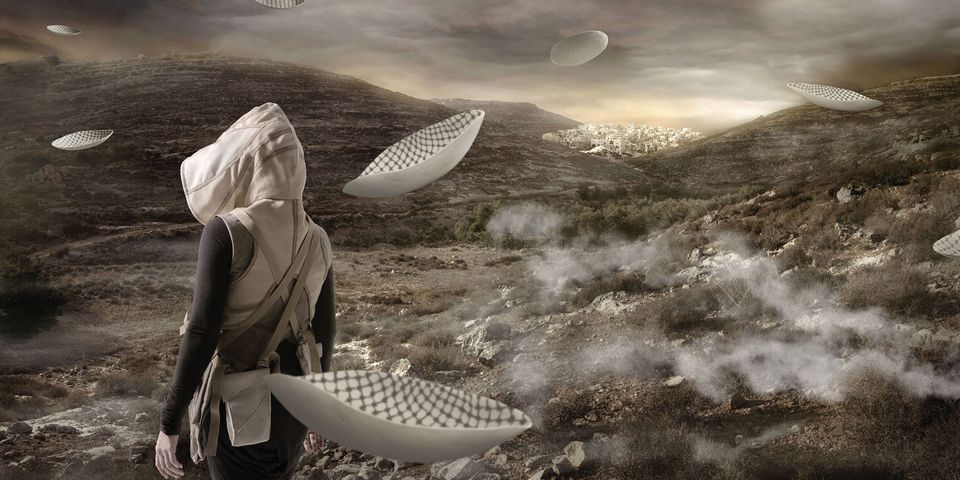 In Chengdu: a still from Larissa Sansour and Soren Lind’s In the Future They Ate From the Finest Porcelain (2016) Courtesy of the artists

Less than a year before the Centre Pompidou opens its outpost in Shanghai’s West Bund Museum, the French institution is extending its Chinese presence with a major exhibition in Chengdu. Organised with the Mao Jihong Arts Foundation, Cosmopolis #1.5: Enlarged Intelligence (2 November-6 January 2019) takes place at five sites in and around the southwestern city. The show looks at digital technology’s impact on the relationship between urban and rural spaces, with works by almost 60 Chinese and international artists and groups, including Ming Wong, Cui Jie, Xu Bing, Qiu Anxiong, Shilpa Gupta and Oscar Farfán.

The show is part of the Cosmopolis biennial platform, launched by the Pompidou with a 2017 group show in Paris that focused on collaborative artistic and social practices. A second show there in autumn 2019 will build on #1.5, which considers Chengdu and the Sichuan province as “a laboratory for urban rural dynamics in China”, says Kathryn Weir, the museum’s head of cultural development, and a co-curator of the Chengdu exhibition. Weir says that, unlike in Shanghai, the Pompidou “is not considering a permanent presence in Chengdu, but has developed a network of partners there with whom future projects may be initiated”.