One of Pope’s favourite paintings is looking refreshed after restoration 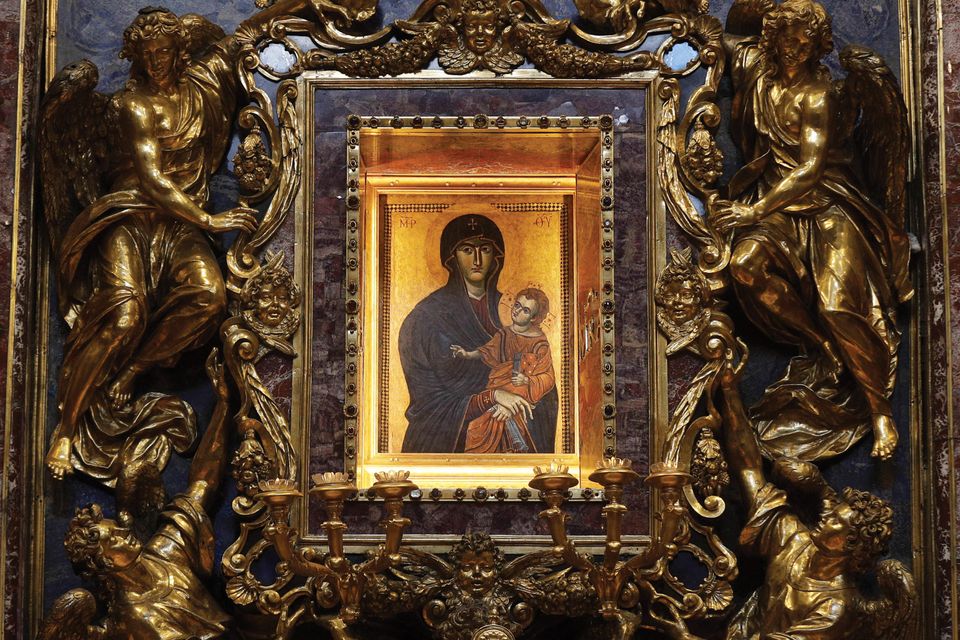 Visitors to Santa Maria Maggiore in Rome may notice that the Salus Populi Romani (Salvation of the Roman People), one of the church’s most beloved works of art—and a favourite of Pope Francis—is looking refreshed these days. This is thanks to the efforts of conservators from the Vatican Museums, who spent months working to restore the Byzantine-style icon of the Madonna and Child to its original splendour by bringing back its original colours and removing later additions. It was the Marian icon’s first major intervention since 1931.

In July 2017, conservators noticed that the piece required immediate treatment to “fix and consolidate the areas most at risk”, the director of the Vatican Museums, Barbara Jatta, wrote recently in the Vatican newspaper, L’Osservatore Romano. The project involved cleaning the icon to remove old layers of varnish and oxidised glue. Conservators were able to recover the original colours of the faces, as well as clothing worn by the Madonna and Child. According to Jatta, “the general condition of the icon appeared to be relatively satisfactory” in spite of the damage caused long ago, when golden crowns and jewels such as amethysts and aquamarines were attached to the piece. These additions were removed in the late 1980s.

The date of the Salus Populi Romani has been the subject of much speculation over the years. Legend has it that it is among a handful of portraits of the Virgin painted in Jerusalem by St Luke the Evangelist. But many have argued that, stylistically, it fits with works made in the Middle Ages. Radiocarbon tests were performed on the wood as part of the project and the results confirm that the support dates to between the late ninth century and the early 11th century. Stylistically, Jatta says the icon fits with works made between the 11th and 13th centuries.