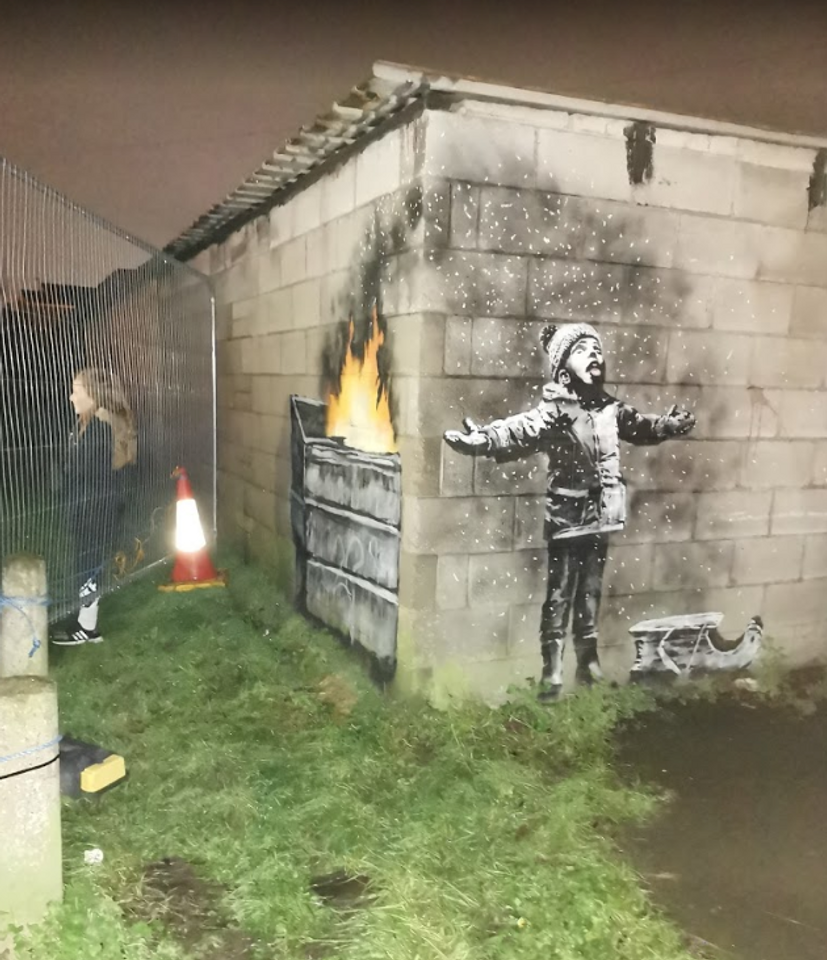 Season's Greetings depicts a child enjoying a snow shower which, from another angle, is revealed as a cascade of ash, alluding possibly to the poor air quality in the area due to local steelworks. The work was painted last year on the side of a garage owned by the steelworker Ian Lewis.

The Essex-based dealer, John Brandler, bought the image for an undisclosed six-figure sum, and is loaning the mural long-term to the local council, along with other street art pieces for a new urban art centre based in Port Talbot. These include other Banksy works, such as Precision Bombing and Family Target, as well as pieces by Blek le Rat, Kaws and Pure Evil.

Nutt says that the council has a two-pronged strategy. “The first objective has been securing the Banksy in Port Talbot town centre so that it can be viewed by the community and visitors alike. The location of the premises opposite the railway station and transport hub allows easy access and connectivity for people who wish to come to Port Talbot to view the Banksy”, he says.

The proposed street art museum, which would show the Bansky work as a centrepiece, is still under discussion however. “The [council’s] second objective is to set up a creative art hub (street art museum) in Port Talbot to provide a wider offer, initially in a dedicated art hub as well as throughout the town”, Nutt says.

This objective is being developed in conjunction with partners and agencies in Wales such as the Welsh Government, Arts Council Wales and the Pobl Housing Group, which owns the town centre premises where the Banksy work is housed. “Proposals are being developed that will require funding to make the opportunity happen and the council will work with its partners to see what can be achieved as quickly as possible”, Nutt says.