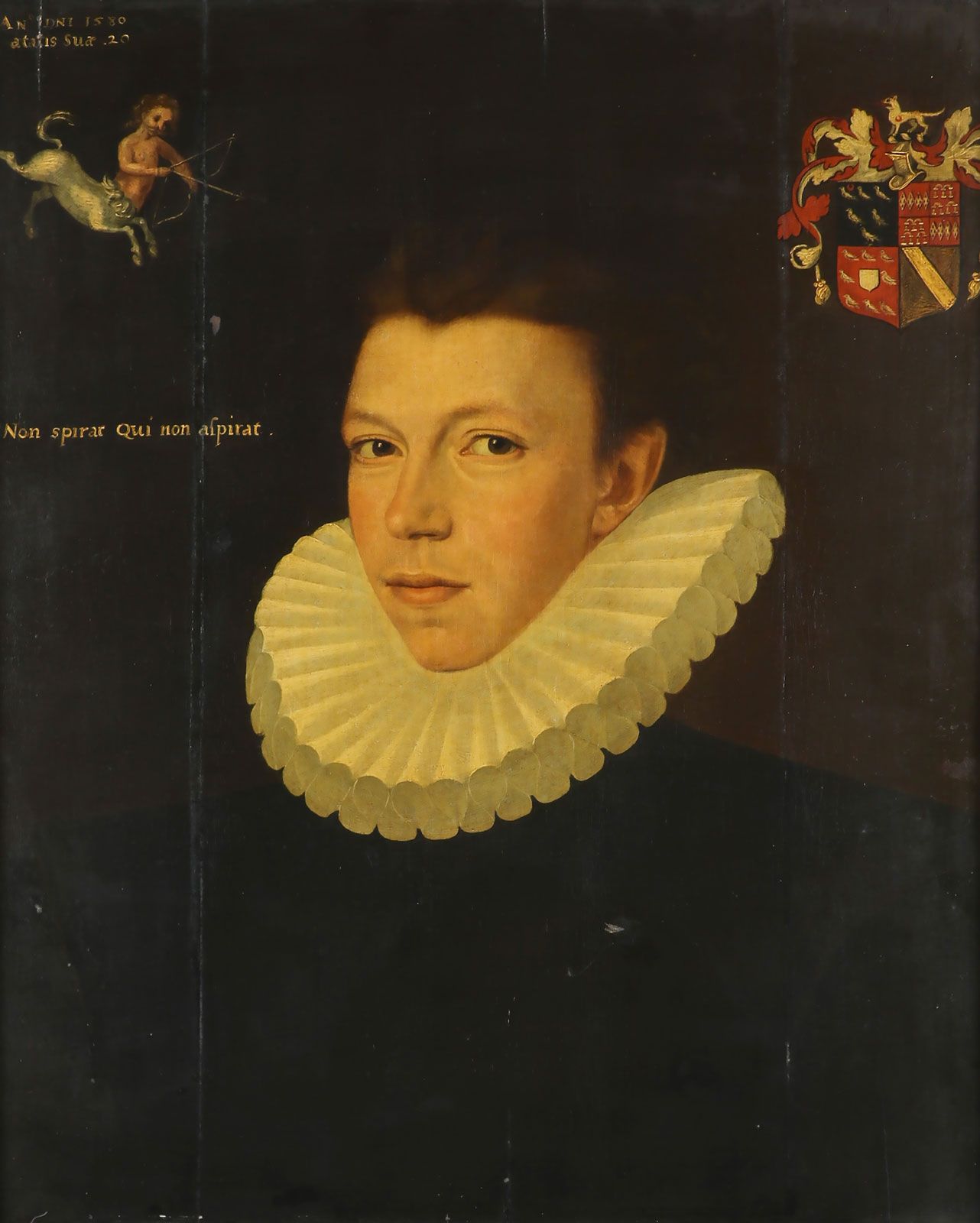 A Tudor portrait from a Rothschild collection, coming up for auction in Salisbury this week, is thought to show a young man who evidently had as many lives as a cat. Thomas Arundell survived war, shipwreck, being disinherited, repeated prison sentences—including being jailed by his own father—and perhaps most remarkably, being named as one of the Gunpowder Plotters by Guy Fawkes himself.

The painting by George Gower, who became a court artist to Elizabeth I, will be included in the Old Masters, British and European Paintings sale on 8 September at Woolley & Wallis, estimated at £10,000-£15,000. (Although the work has been identified as being a portrait of Thomas Arundell, there is the possibility that it could be of his younger brother William).

The older Arundell led a colourful life to say the least. He was wrongly named as being part of the 1605 plot to blow up King James I and parliament when Guy Fawkes was under torture. While the real conspirators either died in an ambush or were hunted down, tortured and executed, Arundell outlived all the trials of his eventful life to die in his own bed, a wealthy man, aged 79.

He was just 20, eldest son and heir to Matthew Arundell of Wardour Castle in Wiltshire, when his slightly shifty looking portrait was painted in 1580, and soon afterwards was imprisoned for the first time as a fervent Catholic.

In 1595 he headed to Hungary to fight for the Holy Roman Emperor Rudolf II. Arundell was so successful in campaigns against the Ottomans that he was given the title Count of the Holy Roman Emperor—outraging both his father and Queen Elizabeth when he refused to renounce this superior foreign title. The Queen is said to have remarked that she “would not have a sheep branded with another man’s mark”. On the return voyage he was shipwrecked and lost all his new possessions, was disinherited, and jailed for two years in the Fleet prison.

In 1605, free again and with the title Baron Arundell of Wardour, he was accused by Fawkes but exonerated. His eventful life included a reputed attempt to found a Catholic colony in Virginia. He died at Wardour Castle—later reduced to ruins in the English Civil War and now an English Heritage site—in 1639.

The painting is among 18 works sold from a Rothschild family house, Exbury in Hampshire, an 18th century house  rescued from near dereliction in the early 20th century by the banker Lionel Nathan de Rothschild, where he created spectacular gardens at fabulous expense, now Grade II* listed and open to the public.