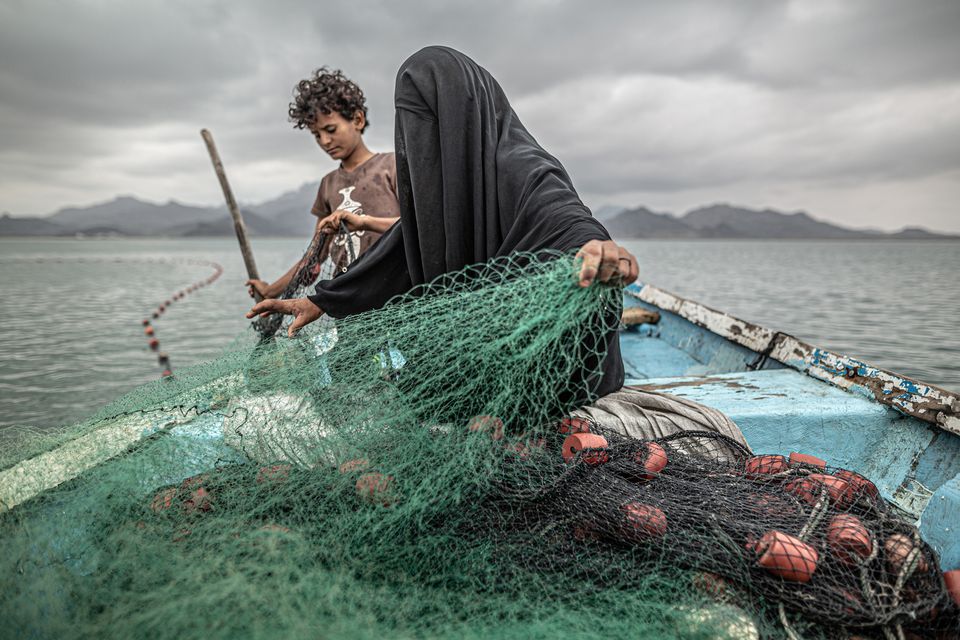 A portrait of Fatima, a Yemeni mother of nine children, fully veiled in a Hijab as she flings a fishing net into the waters below, has earned the Argentinian photojournalist Pablo Tosco first prize in the contemporary issues category of the World Press Photo Awards, which were announced today.

The image was taken on 12 February 2020 aboard Fatima’s tiny boat and amidst the ongoing conflict between Houthi Shia Muslim rebels and a Sunni Arab coalition led by Saudi Arabia which Unicef has termed the world’s largest humanitarian crisis.

Second prize in the contemporary issues category was Jérémy Lempin's portrait of Marion, a 24-year-old French woman who has metastatic cancer, as she embraces her seven-year-old son Ethan. Also involved in the embrace is Peyo, a horse.

Lempin's winning image came from a wider project exploring the new practice of animal-assisted therapy, a pioneering form of palliative care piloted in the Séléne Palliative Care Unit at the Centre Hospitalier de Calais, France. The image was taken on 30 November, 2020. Peyo supports around 20 patients each month, and scientists are now studying his instinctive ability to detect cancers and tumours. 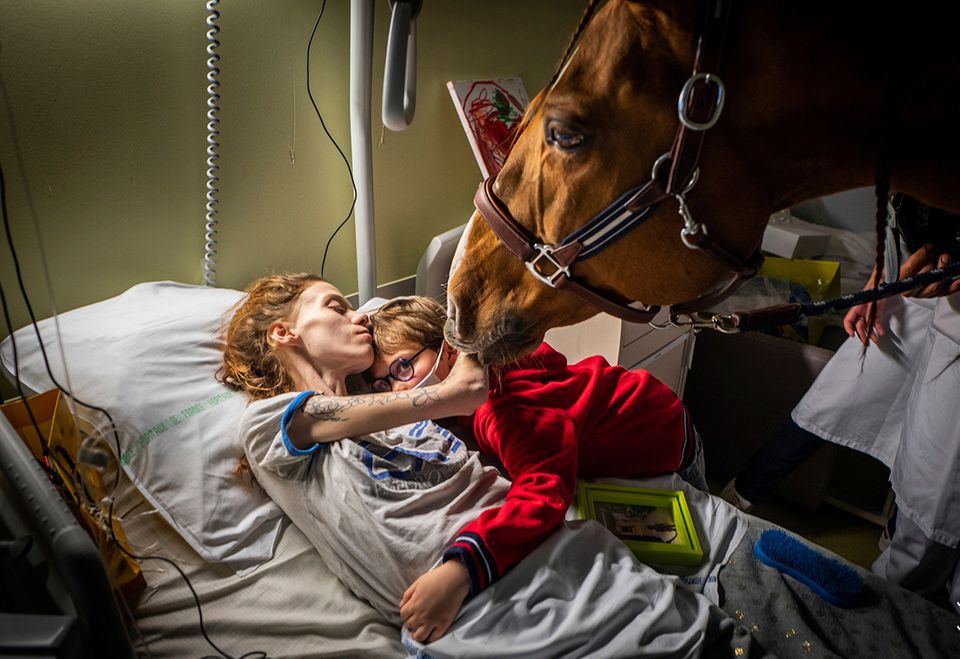 In third place is an image titled Resting Soldier by the Armenian photographer Vaghinak Ghazaryan. Taken on on 31 October 2020, the image shows a soldier lying asleep in a trench, shielding from the elements with a plastic cover, on the northeastern side of Syunik during the worst fighting between ethnic Armenian forces and Azerbaijan over the disputed territory of Nerkin Khndzoresk since the First Nagorno-Karabakh War in the early 1990s. While it is a current image, one made of an ongoing conflict on the edges of the European continent, there is a classicism to the portrait, consciously echoing the historic portraits of trend warfare from the First World War and before. Sakhawood, by the Russian photographer Alexey Vasilyev, won first prize in the stories section of the Contemporary Issues category.

The image was taken on a film set in the depths of Sakha, a republic in the far northeast of the Russian Federation, one known for its extreme weather conditions: temperatures can drop as low as minus 50 celsius in winter. Cinema has flourished in the region since the 1990s. Around ten feature films are shot a year, affording the industry the name Sakhawood. In recent years, Sakha cinema has been represented in film festivals in Finland and South Korea, with the films picking up more and more awards.

In total, 45 photographers from 28 countries were awarded by the Amsterdam-based World Press Photo. A full list of winners can be viewed at the 2021 World Press Photo Contest and Digital Storytelling Contest.