The night before the contemporary auctions kicked off during Frieze week last month, the pound slumped to a 31-year low, amid speculation about an impending “hard Brexit” after the UK voted to leave the EU. Far from harming the trade, however, the weak pound appeared to galvanise foreign buyers, who in effect enjoyed discounts of up to 20% on contemporary works.

Keeping estimates attractive certainly paid off for Sotheby’s, where a 1982 orange oil stick and acrylic on canvas by Jean-Michel Basquiat, titled Hannibal, sold for £9.3m (£10.6m with fees, est £3.5m-£4.5m). This was a better result than the work’s last outing—remarkably, just under a year ago at Sotheby’s New York, when it was bought in on an estimate of $8m to $12m—but still around 25% cheaper in sterling.

Keen estimations at Christie’s led to record prices for seven artists, including two under 40: Adrian Ghenie and Lucy McKenzie. Ghenie’s Nickelodeon (2008) sparked a bidding contest in the saleroom, more than quadrupling its high estimate of £1.5m to sell to a European buyer for £6.2m (£7.1m with fees). The dealer Thaddaeus Ropac was one of the underbidders.

Less bullish estimates are also the result of a cooling contemporary art market. As Edward Dolman, the chief executive of Phillips, notes: “The froth that was in the market that was driving optimistic estimates has gone.” According to the Belgian collector Alain Servais, a surfeit of works in the £5,000 to £200,000 range is pushing secondary-market prices down. “There’s a glut of art—there are more artists, more dealers, more collectors,” he says. “Now that speculation is over, people want to clear out the excess, and the auction houses are doing the cleaning.”

The Los Angeles-based dealer and artist agent Stefan Simchowitz was an active buyer across the week, picking up works by Damien Hirst, Thomas Schütte and Jean Dubuffet. He says: “The market is healthy and no longer overweight. It was back to business as usual under more normal conditions—normal being relative, of course.” 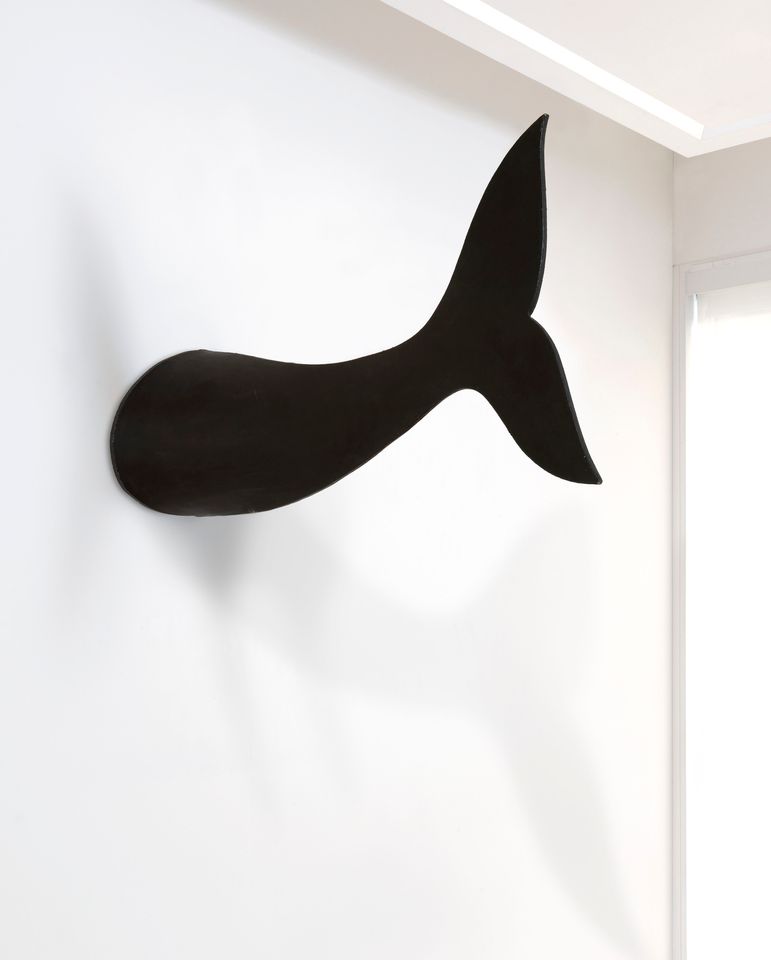 No currency fluctuation can make up for such a significant drop in big-ticket consignments at both houses. Even with fees, just 12 lots sold for more than £1m, out of a total of 105 works across the two evenings. Of nine Lucio Fontana works at Christie’s, only two were from his famous slash series; at Sotheby’s, it was one out of five.

Claudia Dwek, Sotheby’s chairman of contemporary art Europe and head of the Italian sale, says: “It was a different catalogue from last year’s, and this is a delicate moment for the market.”

However, the scarcity of major lots enabled a host of lesser-known artists to shine. Christie’s more experimental catalogue set seven new auction records, including for Franco Grignani, Gilberto Zorio, Ettore Spalletti, Carol Rama (whose estate has just been snapped up by Dominique Lévy) and Pino Pascali, whose cover lot Coda di Delfino (1966) sold for £2.2m (£2.6m with fees, est £1.5m-£2m). Over at Sotheby’s, Salvatore Scarpitta’s Forager for Plankton (1959) set a new record at £1.8m (£2.2m with fees, est £1m-£1.5m), thanks to revived interest in his work following a flurry of gallery shows. Work by the Roman Pop artist Fabio Mauri made its first appearance in a Sotheby’s evening sale, with Schermo Imbottito Medio (Il Generazione) “Una Tasca di Cinema” (1972) selling within estimate for £100,000 (£125,000 with fees) and setting a new record for the artist.

While some of these records were in the low six- and even five-figure category, international buyers appear to be responding to a wider set of artists than before, signalling a broadening market.

Please note: presale estimates do not include premiums; refer to auction houses for their fee structures