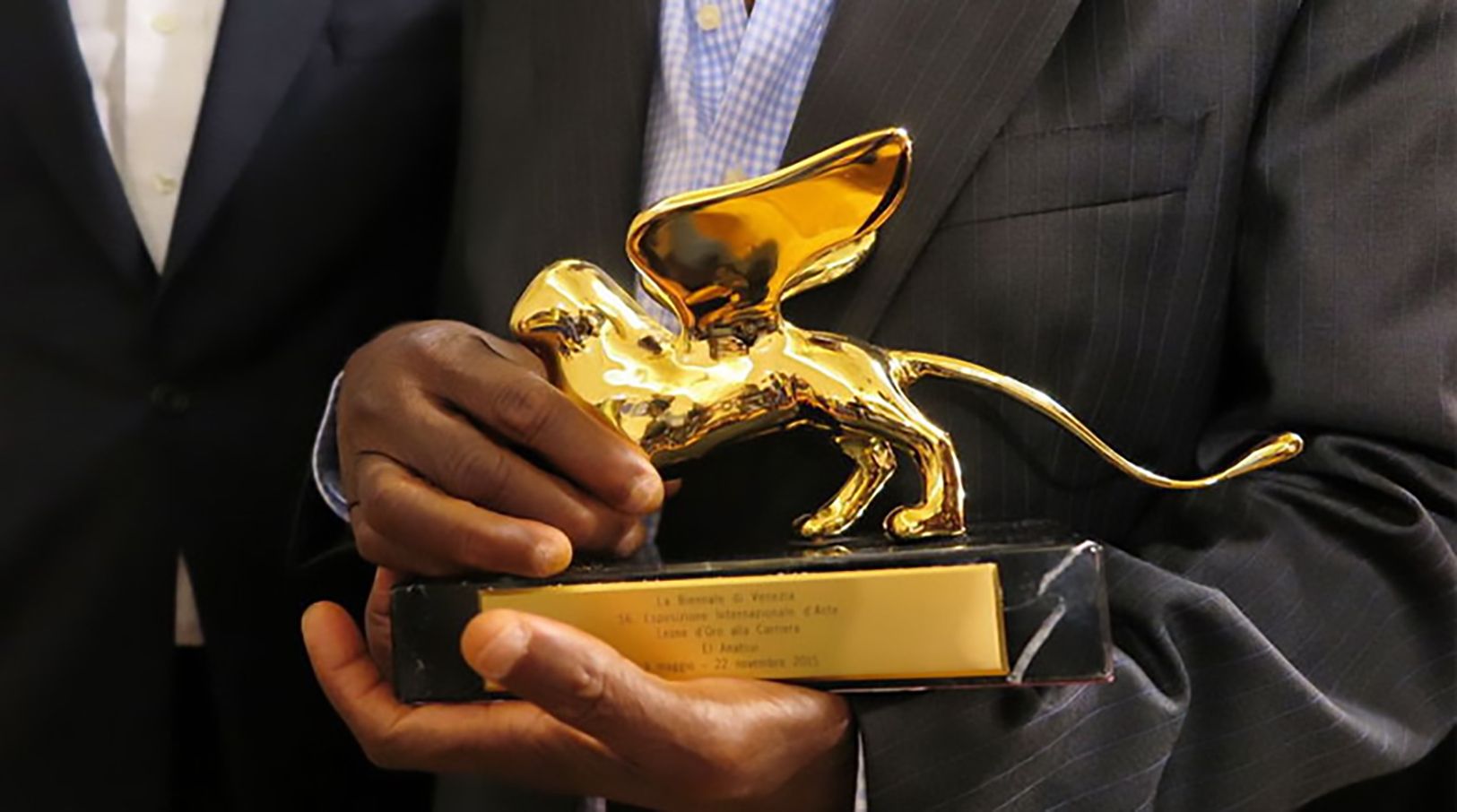 The organisers of the Venice Biennale will award a series of special Golden Lion prizes, the biennial’s top honour, to four late artistic directors of the exhibition including Nigeria-born Okwui Enwezor who died last year.

The Golden Lions will be awarded on 1 September at the Giardini della Biennale exhibition site following the launch of The Disquieted Muses: When the Biennale Meets History (29 August-8 December), a show exploring key moments in the 125-year history of the world’s most prestigious biennial.

Enwezor organised the Venice Biennale in 2015; the other recipients include Germano Celant (artistic director in 1997), Maurizio Calvesi (1984 and 1986) and Vittorio Gregotti (1975 and 1976). Celant, who was known for championing the Arte Povera movement, died earlier this year of Covid-19. Gregotti, the Italian architect who designed the Barcelona Olympic stadium, also died of complications related to coronavirus. Futurism specialist Calvesi died in July, aged 92.

Roberto Cicutto, the president of the Venice Biennale, says in a statement: “La Biennale was the laboratory where Calvesi, Celant, Enwezor and Gregotti expressed their original and visionary critical thinking which looked to the future, often anticipating it.”

Golden Lions are usually awarded to artists, with prizes handed out at each biennale for the best national pavilion and lifetime achievement. However, Swiss curator Harald Szeemann, who oversaw the 48th and 49th editions in 1999 and 2001, was also given a posthumous special golden lion in 2005.