A public row has broken out between two European museums after The Art Newspaper reported the late withdrawal of two loans by the Prado to a major Hieronymus Bosch exhibition at the Noordbrabants Museum in the artist’s home town of ’s-Hertogenbosch. The Prado decided against lending the promised pictures when doubts were raised in the Netherlands over the attribution of the works. Although such situations do arise very occasionally, they are normally dealt with discreetly.

The Noordbrabants Museum then tried to persuade the Prado to reverse its decision. Negotiations took place throughout the winter and, according to the Dutch museum, the withdrawal was only finally confirmed at the very beginning of February. The exhibition opened on 13 February (and runs until 8 May).

A day after our online report, the Prado issued a strong protest about the behaviour of the Noordbrabants Museum. The Madrid museum says that the loan agreement of 30 September 2015 stated that the two paintings which were later withdrawn were “original work by Bosch”.

The Prado says it discovered last October that the Dutch curators had de­attributed some of its pictures. The Madrid museum then lodged “a formal protest” over what it felt were “(at the very least) unprofessional” dealings. On 5 November the Noordbrabants Museum sent it the draft text of the forthcoming catalogue raisonné, which confirmed the downgradings and recorded the evidence. The Prado statement says it “respects the scholarly conclusions reached by our [Dutch] colleagues, but it does not share them”. 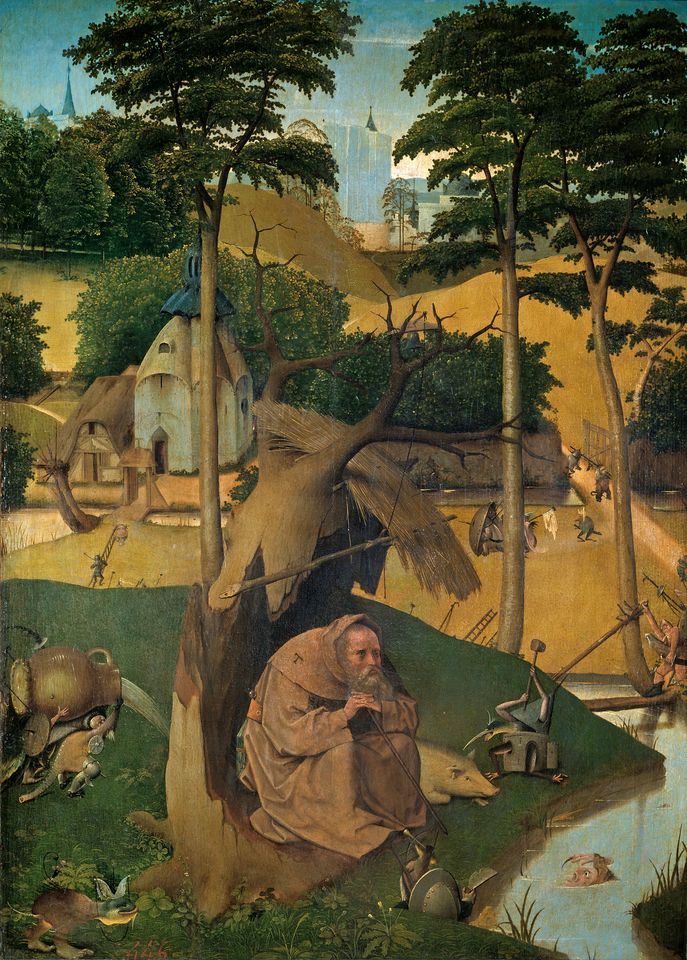 Hieronymus Bosch's The Temptation of St Anthony (around 1490)

The Prado also pointed out that when works are borrowed, loan contracts have conditions that include “attribution”. The downgrading of The Cure of Folly and The Temptation of St Anthony “not only contravenes the contractual conditions of the loan but also suggests that the Museo del Prado accepts and authorises the proposed attributions”. The Prado therefore formally revoked the loans on 25 November.

A spokeswoman for the Noordbrabants Museum “regrets that the two works were not able to be seen in Den Bosch [’s-Hertogenbosch] for the reasons that the Prado has given”. She also reiterates that the Dutch museum is “grateful to the Prado for the generous loan of The Haywain”. This triptych is the most important work in the exhibition, and dated by Dutch researchers to 1510-16.

The Noordbrabants show has been very well received by the critics. It is the most expensive exhibition ever mounted in the Netherlands; including research, the total cost will be €10m. Five days after it opened, 140,000 of the 250,000 tickets had been sold. Along with the exhibition catalogue, there will be a 608-page catalogue raisonné and 460-page technical volume, published by Mercatorfonds.

Meanwhile the Prado is proceeding with its own Bosch exhibition, which it is billing as the “most important ever to be held”. It is scheduled to run in Madrid from 31 May to 11 September. The Noordbrabants and Prado museums co-operated over fixing the exhibition dates and have agreed to co-ordinate transport arrangements, although their two shows will be quite different.