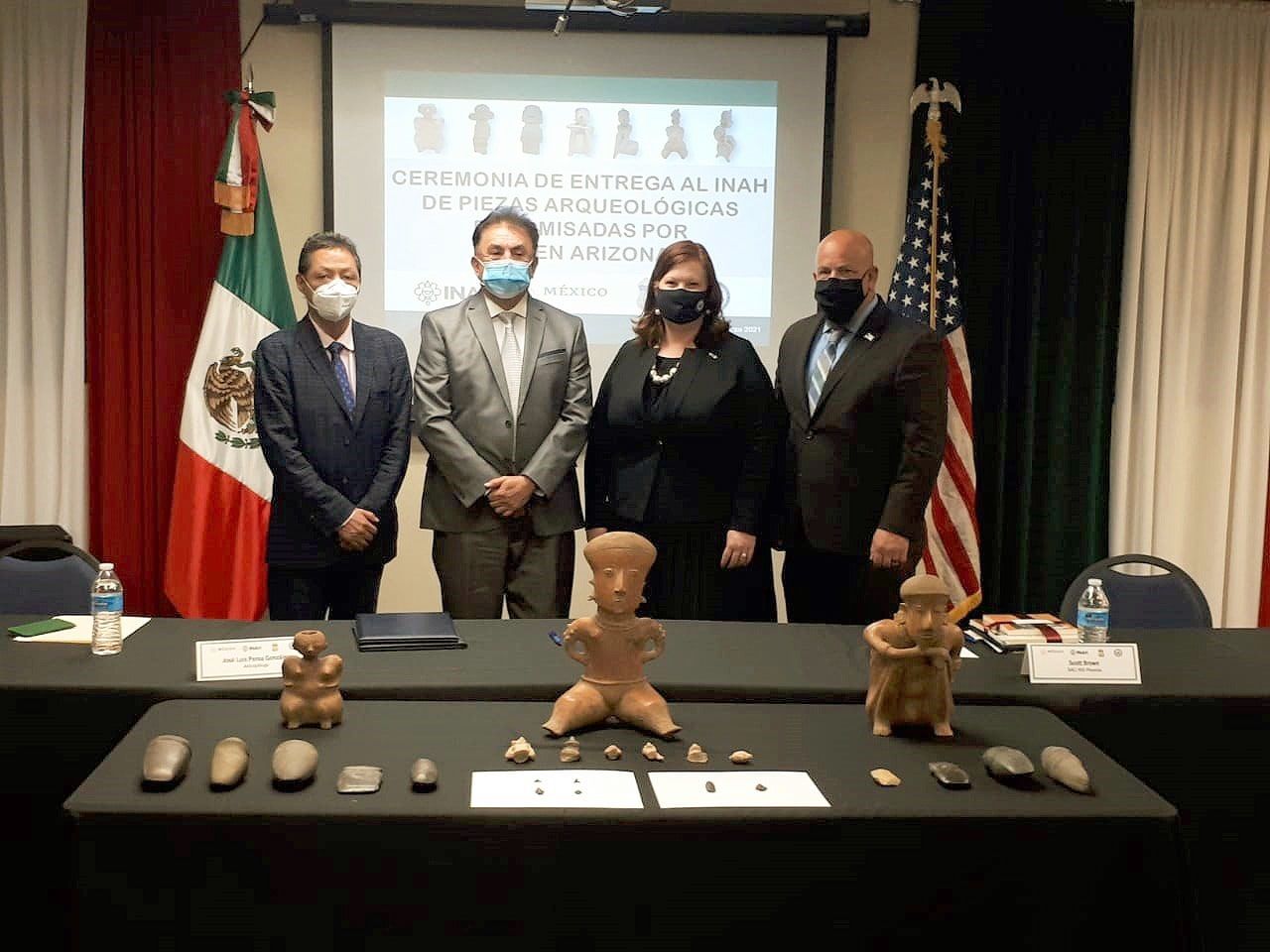 US Homeland Security Investigations (HSI) returned 277 pre-Columbian objects to the Mexican consulate in Nogales, Arizona, in a repatriation ceremony on Tuesday Photo: courtesy of INAH

Ending two separate investigations of suspected smuggled Mexican artefacts, officials from the US Homeland Security Investigations (HSI) returned 277 pre-Columbian objects to the Mexican consulate in Nogales, Arizona, in a repatriation ceremony on Tuesday.

The first, and largest, group of 267 items were first confiscated by Customs and Border Patrol in October 2012, from two Mexican citizens who entered the US at the Mariposa Port of Entry in Nogale. Archaeologists were then asked to examine the collection of arrowheads, tools, and small stone carvings, and they were dated as between 1,000 and 5,000 years old. The Mexican Institute for Anthropology and History estimated that the total value of the artefacts was roughly $124,000.

And then in October 2013, members of the Chandler Historical Society contacted the HSI about a group of ten Shaft Tomb ceramic figures, that were then housed at Arizona’s Chandler Museum in the Phoenix suburbs. After the museum turned them over to the authorities, the grave goods were also studied by Mexican archaeologists and determined to be more than 1,500 years old, and estimated to be worth between $26,100 and $45,700.

Once the works return to Mexico, they will join the National Institute of Anthropology and History’s permanent collection of archaeological materials. “This repatriation comes at an opportune moment, as this year we are commemorating the 500th anniversary of the taking of Tenochtitlan, which was a foundational and heartbreaking encounter between the cultural universes of Western Europe and America” says the INAH anthropologist José Luis Perea González. “Mexico's pre-Hispanic cultures deserve our sincere recognition, as does their resistance and the presence of the contemporary indigenous peoples.”