Prelude to a launch: New York’s new arts centre The Shed to host 12-day festival this May

Multi-disciplinary cultural centre is due to open in 2019 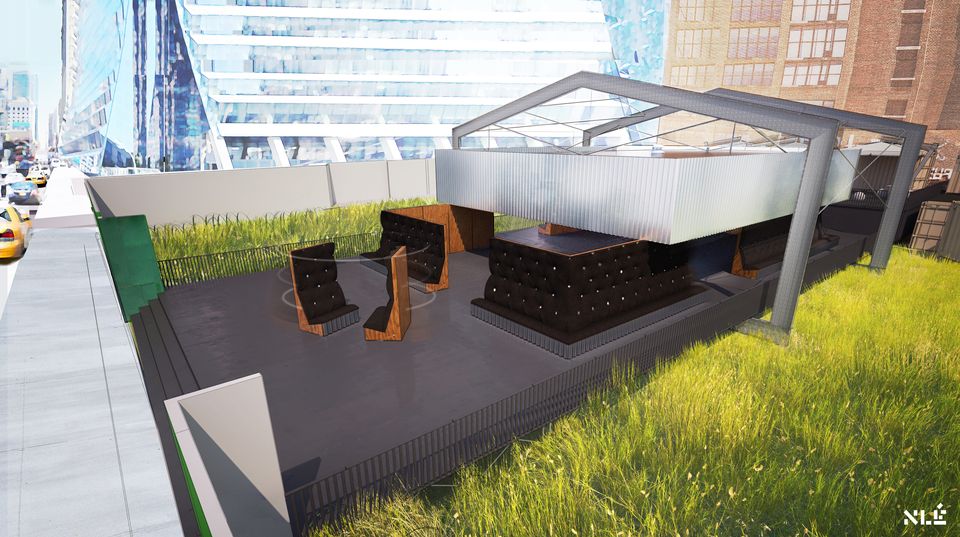 The architect Kunlé Adeyemi has conceived a versatile structure to support the various programming during the festival Kunlé Adeyemi, courtesy The Shed

Before it officially opens in spring 2019, The Shed, a new multi-disciplinary cultural centre under construction on the far west side of Manhattan, will host a 12-day arts festival this May. Titled Prelude to the Shed, the free event will include a mix of art, dance and live music performances—including a work by the artist Tino Sehgal—plus talks and an experimental school. The events will all be housed in a temporary structure at 10th Avenue and 30th Street, a block away from The Shed’s $500m home at the centre of the Hudson Yards development.

The preview event will provide a much needed introduction to the 200,000-sq ft. art and performance space, which aims to both mount and commission new artistic work, “so that the next year is not just about a lot of talk," says Alex Poots, the centre’s artistic director and chief executive. “For two weeks, we can present what we are trying to become at this admittedly embryonic stage, to start introducing some of the ideas of The Shed.” He describes the centre as “one of the largest cultural start-ups ever”.

Key to the festival will be a piece by the Berlin-based art-choreographer Tino Sehgal, who stages ephemeral performances with dancers and sound that often involve the viewer in various ways—and who demands that there be no documentation of his works. At the Prelude, he will be staging the North American premier of This Variation, which will run each afternoon across the 12 days.

The festival will also include a new commission by the American-born choreographer William Forsyth, who has dramatically reworked a dance from his 1987 ballet In the Middle, Somewhat Elevated. These performances will then transition into live concerts by the R&B artist Abra, the Venezuelan producer Arca, and Azealia Banks, the New York rapper and songwriter. The architect Kunlé Adeyemi has conceived a highly versatile structure to support the various programming.

That eclecticism is also representative of what The Shed will be. “It’s important for New York to have a centre where the visual arts, the performing arts, and pop culture are equals,” Poots says. “I think it’s time for there to be a centre that brings the different art forms under one roof, that takes them all equally seriously, and that commissions new work across that array of disciplines.”

The artistic director also says that the programming is about casting a wide net in terms of an audience. “It hopefully demonstrates this commitment to artists from all walks of life and therefore critically audiences from all walks of life,” Poots says. “I think it’s very hard to expect a wide range of people to come to a new arts centre if there are not artists from a wide range of practices and walks of life. I think that’s one of the joys of having no history,” he says.

The Prelude will also give Poots a chance to determine what works, and what doesn’t. “Partly why we’re making it free is that we’re just trying to create zero resistance at this point to something that has not happened before,” Poots says. “People will ask: ‘What is it? Is it a theatre? Is it a gallery?’ We’re saying: ‘Just come see.’”