But the preservationist group Stop Irresponsible Frick Development has protested the project, saying "the public has not been given a fair opportunity to provide feedback" 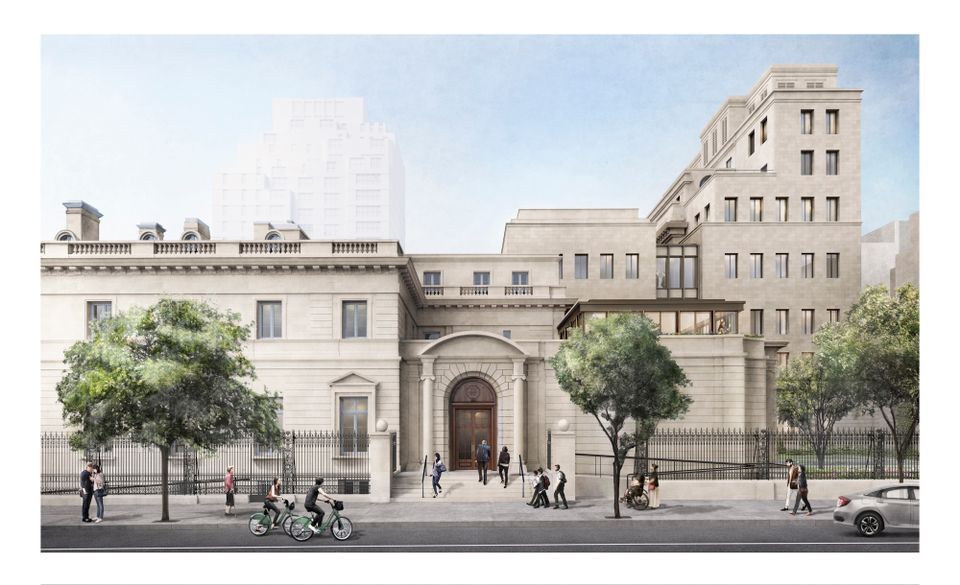 Rendering of the Frick Collection expansion from 70th Street, with the Russell Page-designed viewing garden at right courtesy Selldorf Architects

Update: The Frick Collection in New York has cleared a major hurdle for its Annabelle Selldorf-designed renovation and expansion plan. On Tuesday (26 June), the New York Landmarks Preservation Commission (LPC) voted to approve the updated project. This follows the refusal yesterday by the Manhattan Supreme Court Justice Franc Perry to grant an order blocking the vote, saying he did not want to “halt the agency’s ability to carry out its charter”. Some opponents of the hearing also claimed a conflict of interest in the approval process, since the law firm Kramer Levin Naftalis & Frankela, which is representing the Frick on the project, recently represented the mayor Bill de Blasio and is owed $300,000 by him, according to the New York Post. The firm’s lawyer Jeffrey Braun, however, said yesterday that the firm has represented the Frick since 2010—before Bill de Blasio took office. The project is expected to be brought before the Board of Standards and Appeals this autumn.

"We are grateful for the support we received from the Landmarks Preservation Commission, which has recognised the strengths of our plan to upgrade our building and to ensure the long-term vibrancy of The Frick Collection," the museum said in a statement following the vote. "Public engagement has been critical to our process and our plan has benefited from this ongoing dialogue. We value the time and dedication of the numerous individuals who have been involved in this process, and are looking forward to embarking on the next phase of planning."

The $160m Annabelle Selldorf-designed project, which would break ground in 2020, was first put before the New York Landmarks Preservation Commission (LPC) at an impassioned, four hour-long hearing last month, which had over 50 public speakers voicing criticism or support for the proposal. Monday afternoon (25 June), preservationists gathered for a press conference on the steps of New York’s City Hall to voice concerns over the latest expansion and renovation plan for the Frick Museum, a day ahead before the New York Landmarks Preservation Commission (LPC) was due to vote on the proposal, the New York Times reported.

Opponents of the project are asking that the scheduled vote be delayed for alternative plans, although Selldorf’s design has been revised since the May meeting. The project—the museum’s fourth proposal for an expansion in the past 20 years—was made public in April, and took public feedback into consideration, most notably, the preservation of the viewing garden designed by Russell Page. However, in a statement, the group Stop Irresponsible Frick Development says: “The public has not been given a fair opportunity to provide feedback on the harmful proposal, and alternate plans that have been submitted have only been partially considered.”

According to the statement, which the group posted on their Facebook page: “The plan would destroy or irrevocably alter many historic elements of the Frick Collection, including the landmarked Russell Page Garden and renowned Music Room.” The interior spaces of the museum are not listed, and the design calls to replace this round event space, built in 1935 as part of John Russell Pope’s conversion of the former private residence into a museum, into a gallery, which was brought up by opponents to the project several times at the May LPC hearing. But other preservationists at the hearing championed the Selldorf plan.

There have also been objections to changes to the garden, which the Selldorf plan would renovate, chiefly, the trompe l’oeil north wall in the viewing garden, which now has a row of trees giving the illusion of a garden beyond. The museum’s director, Ian Wardropper, says that the initial design, which did not have plantings, has been updated to include plantings in this space. In a letter to the LPC vice chair Frederik Bland, the Cultural Landscape Foundation’s president, founder and chief executive Charles Birnbaum says that the revised plan to be put before the LPC “is headed in the right direction, but a 12inch change in the dimensions of Page’s signature design element on the north wall does not accomplish the task”. The letter closes: “The museum has already proved itself a capable steward of many great works of art; it need only apply the same rigorous standards to the Page garden.”