In a letter sent to the White House today, artists and cultural figures including Chuck Close, Kal Penn, and Jhumpa Lahiri censure President Trump for his “hateful rhetoric” 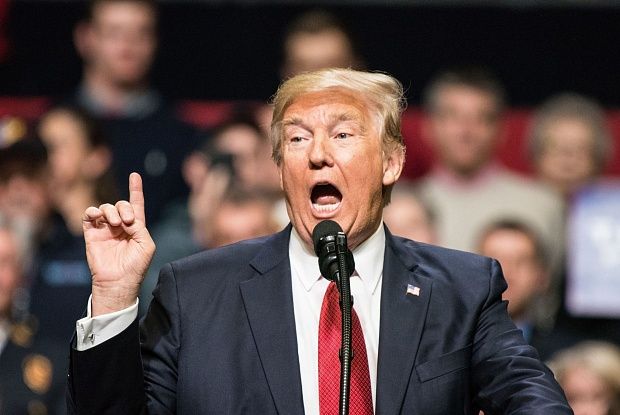 Donald Trump at a rally in Nashville on 15 March 2017 Image: Rex Features via AP Images

With the aim of “speaking truth to power” the 16 remaining members of the President’s Committee on the Arts and the Humanities resigned today en masse in protest to President Donald Trump’s comments about the Charlottesville riots. “Reproach and censure in the strongest possible terms are necessary following your support of the hate groups and terrorists who killed and injured fellow Americans in Charlottesville,” they write in a resignation letter sent to the White House. “The false equivalencies you push cannot stand. The Administration’s refusal to quickly and unequivocally condemn the cancer of hatred only further emboldens those who wish America ill. We cannot sit idly by, the way that your West Wing advisors have, without speaking out against your words and actions."

The signers include the painter Chuck Close, the actor Kal Penn, the author Jhumpa Lahiri, the architect Thom Mayne, and the former head of cultural affairs for New Mexico, Jill Udall. A number of committee members had quit after the presidential election last fall, and those remaining were all holdovers from the Obama administration, who had agreed to remain on the committee until Trump named their replacements. “Ignoring your hateful rhetoric would have made us complicit in your words and actions,” the letter states. “We took a patriotic oath to support and defend the Constitution of the United States against all enemies, foreign and domestic. Supremacy, discrimination, and vitriol are not American values. Your values are not American values. We must be better than this. We are better than this. If this is not clear to you, then we call on you to resign your office, too."

Created in 1982 under President Reagan, the committee helps advise the White House on cultural issues and works directly with the government's three primary agencies—the National Endowment for the Arts, National Endowment for the Humanities, and Institute of Museum and Library Services. "Art is about inclusion. The Humanities include a vibrant free press. You have attacked both," the letter states. "We know the importance of open and free dialogue through our work in the cultural diplomacy realm, most recently with the first-ever US Government arts and culture delegation to Cuba, a country without the same First Amendment protections  we enjoy here. Your words and actions push us all further away from the freedoms we are guaranteed."

First Lady Melania Trump serves as the honorary chair and governmental members who are expected to remain according to the Washington Post, include the secretaries of Education, Treasury, State and Interior; Carla Hayden, the head of the Library of Congress; Timothy Horne, the acting administrator of the General Services Administration; philanthropist and businessman David Rubenstein, who is chairman of the John F. Kennedy Center for the Performing Arts; and David Skorton, the secretary of the Smithsonian Institution

The arts committee's resignation comes of the heels of the disbanding of the President's two business advisory groups, Strategy & Policy Forum and Manufacturing Council, after several members of each also resigned in protest.

The full letter can be read by clicking here.

President’s Committee on the Arts and the Humanities resignation letter