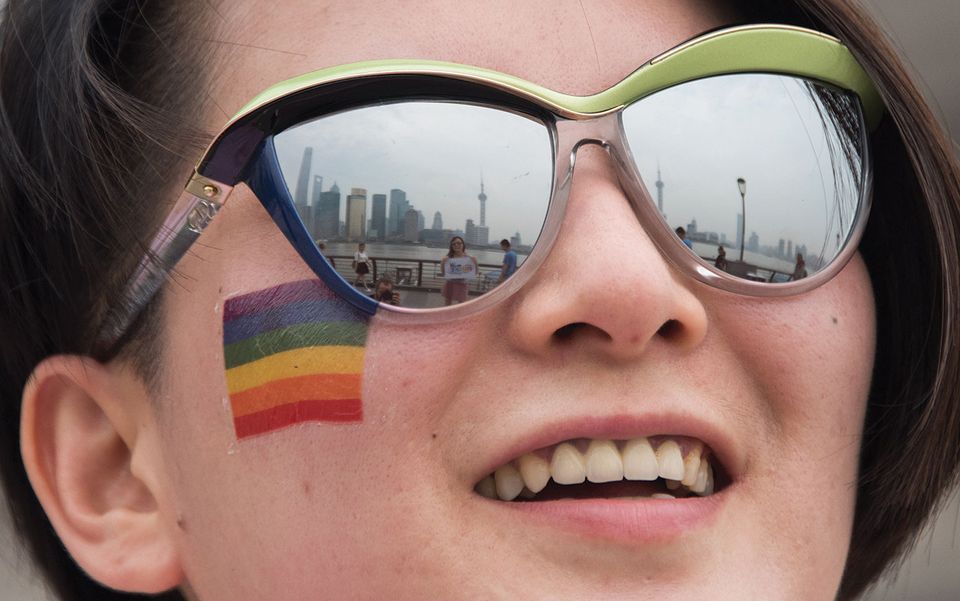 In the shifting sands of mainland Chinese censorship, two rules always apply: no politics and no sex. But the parameters of what can be shown of those human universals remain fluid, as a trio of shows this summer with queer content discovered.

LGTBQ shows and works that are explicitly out and proud are magnets for official ire. The annual crowd-sourced Pride Art exhibition, part of Pride Shanghai, lost its nightclub venue under government pressure just days before its 8 June opening. At the last minute it had to relocate to Polar Bear Gallery in M50, a contemporary art district, leaving no time to secure the necessary permits, which resulted in fines. The government also removed some works from the show including a piece about Qing emperor Kangxi, suggesting that even historical figures are now subject to censorship. Meanwhile, a homoerotic papercut by the artist Xiyadie was removed from the exhibition An Opera for Animals, a joint presentation with Hong Kong’s Para Site that opened at Shanghai’s Rockbund Art Museum on 21 June (until 25 August).

However, another Shanghai exhibition dealing with queer issues, In My Room (until 7 July at M50’s Antenna Space), encountered no official flak, according to the organiser Alvin Li. Unlike a 2016 Rockbund exhibition that failed to mention the artist Felix Gonzalez-Torres’s sexuality entirely, Antenna’s show eschews wall text for a printed guidebook that openly discusses its focus on sexual minorities. Li says: “The artists are exploring a new language to engage with queerness, instead of repeating some tired motifs, references or aesthetics. It was in no way a deliberate strategy to skirt censorship; to me, this subtlety—complexity may be a better word—is, in fact, what grants them subversive value.”

The troubles at the nightclub venue may have stemmed from a draconian anti-drug campaign that has recently intensified. Li says the crackdown is “not at all targeting the queer community” but the whole city. “It’s pretty aggressive in that whoever is approached by the police has to go through a urine test and sometimes even a hair test.”